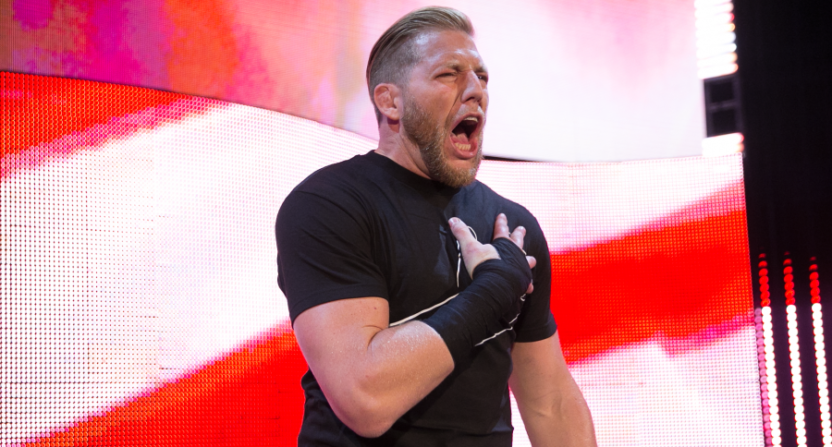 Back in May, the WWE career of Jake Hager, a.k.a. Jack Swagger, came to an end with little fanfare when he was released. The move was a disappointing finish to what had started out as a promising professional wrestling career that included a World Heavyweight Championship, ECW Championship, and U.S. Championship. However, injuries, poor storylines, and a dearth of charisma ultimately led him to the undercard before he left the company.

Since then, fans have been wondering where they might see Swagger show up next. Perhaps on the indy circuit. Maybe he’d consider a stint in Japan. Actually, it looks like Swagger is going to set aside the pro wrestling trade and instead enter the world of mixed martial arts. Swagger showed up on Ariel Helwani’s “MMA Hour” Monday to announce that he had signed with Bellator MMA and planned to fight soon in their heavyweight division.

Hager is just the latest in a long line of athletes crossing between the two sports. He’ll look to take over the mantle in Bellator from Bobby Lashley, who won five fights with the MMA promotion in 2015 and 2016 before returning to pro wrestling. And of course, Brock Lesnar and CM Punk are two top-level pro wrestlers who transitioned over to MMA. While Lesnar won major fights and the titles that came with them, Punk’s debut fight could not have gone worse.

Hager is also no stranger to the world of actual fighting. He was a standout amateur wrestler at the University of Oklahoma, setting the school’s single-season record for most pins with 30 in 2006. He ended that year as an All-American.

It’s unclear when Hager will make his MMA debut for Bellator, though the company does have a Grand Prix heavyweight tournament coming up in January featuring legends of the sport such as Frank Mir, Rampage Jackson, Chael Sonnen, and Fedor Emelianenko. It would be crazy for Hager to take part in that but perhaps putting him on an undercard or in an event around that one will draw eyeballs to his debut.

Of course, depending on how things go for him in Bellator, who knows if it’ll lead him back to the WWE one day. The door is never truly closed when it comes to Vince McMahon and the possibility to make money. If Hager becomes a champion and raises his profile, perhaps he’ll head back to the pro wrestling ring if he wants to. Fighters seem to always want to keep fighting, whatever arena the fight might be in.