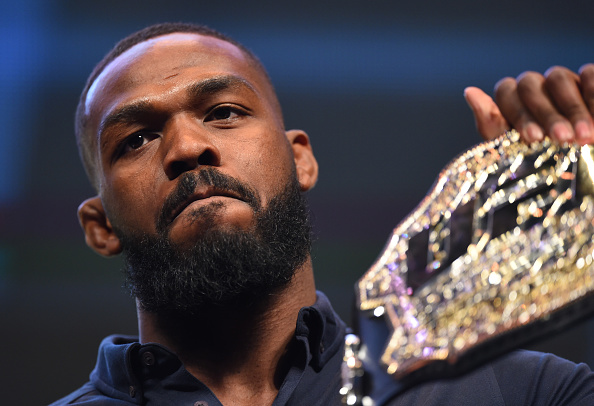 USADA has informed Jon Jones of a potential doping violation. He is off UFC 200.

This led to a press conference carried live on ESPN with Jeff Nowitzky (remember him?! He’s a former IRS and FDA agent who was a big part of investigations into the BALCO scandal and Lance Armstrong’s doping, and has been the UFC’s vice-president of athlete health and safety (and in charge of their anti-doping program) since April 2015) speaking about how the timeframe here required Jones to be pulled from the event even though a violation hasn’t firmly been established yet, plus UFC president Dana White looking very, very unhappy:

There’s obviously going to be plenty of fallout from this, as the Jones-Cormier match was so highly hyped that it even dwarfed Brock Lesnar’s return to the octagon. With Jones-Cormier off, Lesnar’s match against Mark Hunt has been moved up to the main event:

The main event for UFC 200 is Brock Lesnar vs Mark Hunt. pic.twitter.com/RQU5ZcBRl9

This is the second big change for UFC 200, which initially was supposed to feature a Conor McGregor-Nate Diaz rematch until McGregor’s sudden “retirement” in April in a dispute over required promotional appearances. That dispute between McGregor and White has since been (at least somewhat) resolved,  with a McGregor-Diaz fight now set for UFC 202, but it forced the UFC to come up with another major fight for the big second century event. The Jones – Cormier rematch was supposed to be that, with Lesnar and Hunt in a supporting role. Many fans haven’t reacted well to the change:

So pissed about the Jones v. DC fight being dropped… #UFC200

Stunned by the Jon Jones news. Disappointed is an understatement. Just took the air outta what would've been an exciting weekend. #UFC200

I honestly can't even process what's happening right now. Never been so let down by a fighter as a fan #UFC200

But hey, at least the UFC was still able to promote the old card during the presser announcing it was toast!

This probably is not so good for Fox Sports Live’s presumably-pretaped segment with Jones and Cormier, though. Although it might be fun to watch in retrospect now!

'You lost to a bum, so what are you?' – Jones to Cormier. Full interview tonight on @foxsportslive, 12:30et on @FS1https://t.co/gGapaBlCKI