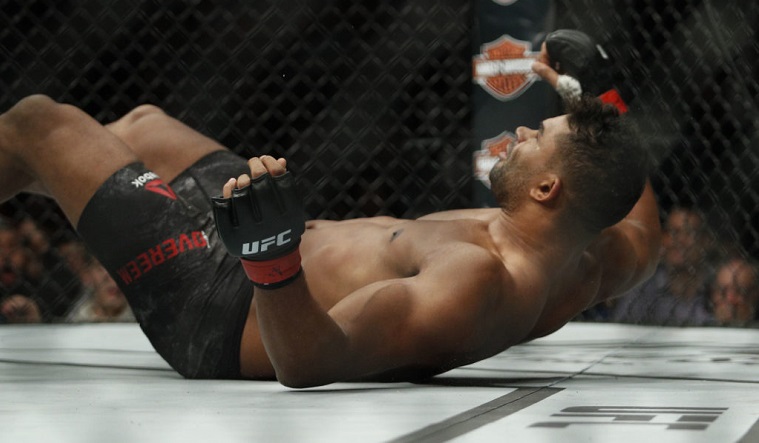 This week: We have the MMA Knockout of the Year, the feel good MMA story of the year, Floyd Mayweather still smack talkin’ Conor McGregor, your gruesome MMA injury of the week and more!

Here is Your MMA Knockout of the Year

It’s highlights like these that will make you want to invest more time in MMA. We present to you what is certain to be the MMA Knockout of the Year: Francis Ngannou’s savage finish of Alistair Overeem.

There is also no doubt that Ngannou is now the scariest fighter on the planet earth. You’ve just seen it in action, but it’s not the whole story. Ngannou is now 6-0 in the UFC and he has finished every fight, including five by knockout. He has yet to make it to the third round of any of his UFC fights. Which brings us to our next item…

The heavyweight title will be on the line on Jan. 20 at UFC 220 when champion Stipe Miocic takes on challenger Francis Ngannou. Miocic won the title by knocking out Fabricio Werdum at UFC 198. He followed that up by knocking out Alistair Overeem at UFC 203, and scored a TKO win over Junior Dos Santos in his last fight at UFC 211. He’s riding a five-fight win streak and he’s scored a KO or TKO in each win.

It’s not often you see the legit #1 vs. #2 in any sport (Hi, College Football fans!), but it’s also rare in MMA since rankings are not exactly scientific. But these are currently the two best heavyweights in the world. Save that date — this will be special.

Conor McGregor keeps doing what he’s doing — which is anything but fighting or signing a deal to fight — and that includes taking shots at fighting champions like Max Holloway. “Blessed” beat Jose Aldo once again at UFC 218 last week to retain his UFC featherweight championship. What did McGregor do last weekend? Played around on his phone and tried to diss Holloway on social media.

I miss those sunglasses.

Awwww. Is someone a little sad the spotlight isn’t on him for a few minutes? Holloway fired back and it was glorious:

It seems Floyd Mayweather isn’t quite done beating up McGregor yet. In an interview with Fight Hype, Money basically said he was to thank for making MayMac an exciting fight.

Mayweather also commented on Oscar De La Hoya wanting to fight McGregor, which seems odd seeing as how he tried to stop the MayMac fight from happening. “Is he a hypocrite or is he on coke again?”

Diego Sanchez is an Awesome Human Being

Get ready for all the feels. UFC legend Diego Sanchez took an exhibition bout at Fight Night 2 in Albuequerque, but this wasn’t a UFC fight. Sanchez stepped into the cage with Isaac Marquez, who was born with Down syndrome. His dream was to compete in MMA. Here’s the finish of the fight:

“Most down syndrome adults don’t live past 45,” Sanchez said. “Isaac is 32, and I just wanted to see this young man be healthy. Exercise and martial arts are one of the most healthy things you can do.”

Your Gruesome MMA Injury of the Week

UFC lightweight fighter Johnny Case was holding pads for a teammate when an errant kick came up and nailed him. The other fighter’s foot connected right on Case’s eye and his eyelid was split in half. “His big toe full on raped my eye socket,” Case said. 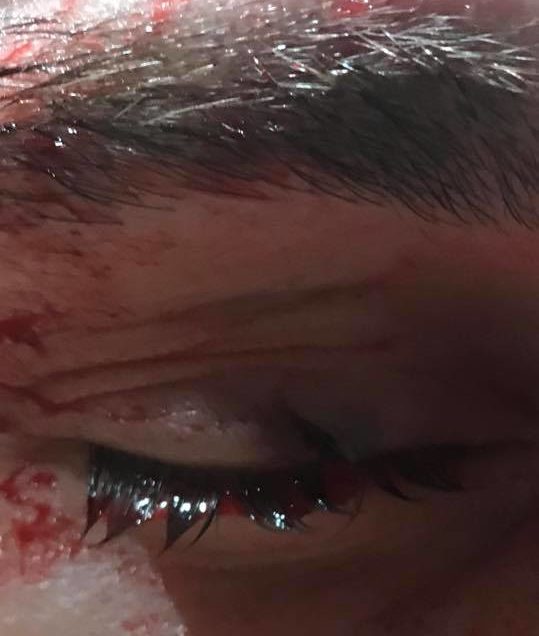 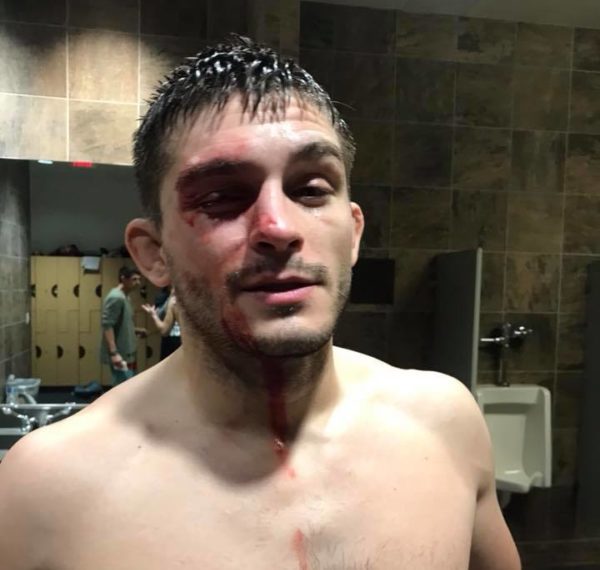 13 stitches later and Case again had a full eyelid. Stitches on the eyelid sounds just awful.

CM Punk’s Movin’ On Up

CM Punk might not be done with MMA just yet. His coach Duke Roufus posted a photo and notice on Instagram that Punk received his blue belt in Brazilian Jiu-Jitsu. Punk received his new rank from Daniel Wanderley, one of the most respected coaches in BJJ.

That means Punk is still training, still learning — and likely to enter a cage to fight again at some point. Will it be in the UFC? Who knows. But he has consistently said he’d like to fight again.

Roy Jones Jr. is still asking for a boxing match with UFC hall of famer Anderson Silva. Jones Jr. was on The Ask Gary Vee show recently and explained.

“He still wants to fight me and I still want to fight him. He has 14 professional boxing matches so the different thing about it is, he has boxing experience. So it’s conceivable that he could do it. Both of us want to fight right now still and the UFC won’t let him free to fight. I’m 48, going on 49 in January, and because of how big it is, and how big of an event it is, and I know what it means to him, I’m still willing to fight Anderson Silva tomorrow if he was free to do it.”

I’m a sucker for these types of fights so I’d watch, but the likelihood of it happening is slim.

Fresno will host UFC Fight Night: Swanson vs. Ortega Saturday night and our extensive polling and complicated algorithms have determined that Eryk “Ya Boi” Anders vs. Markus “Maluko” Perez is your MMA nickname battle of the week.

If Anders sounds familiar to you and it’s not from watching him in MMA, you might recall him from his days as a linebacker at Alabama. He played in the 2009 National Championship game against Texas and registered seven tackles, a sack and a forced fumble in a big Alabama. Anders was the LFA middleweight champion before coming to the UFC and he has a stellar record of 9-0. Perez is also 9-0 and was given his nickname because of his style. “Because I used to imitate Bruce Lee in training.” You can see this fight Saturday night on FS1.