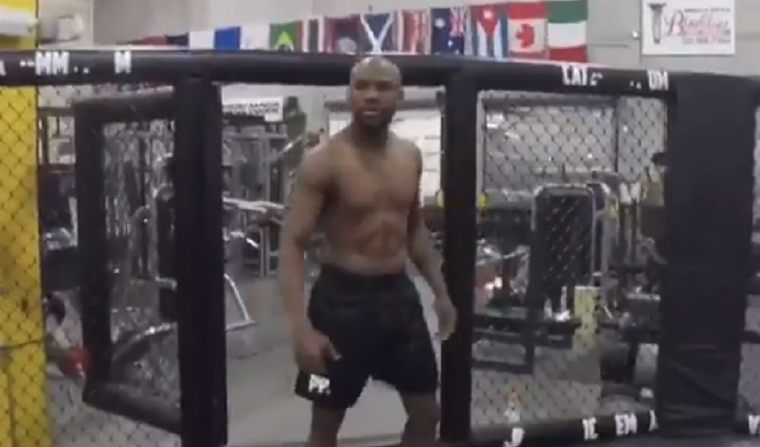 This week: Floyd Mayweather enters the cage, The Iceman joins another reality TV show, Ronda Rousey and The Rock might team up at Wrestlemania 34, your MMA nickname battle of the week and much more!

Floyd Mayweather Jr. tweeted out a pair of videos this week, each one teasing a possible MMA debut. The first shows a spry Mayweather entering the cage and taking a look around.

In the second video, Mayweather delivers a quick promo of sorts. It could be for a potential MMA debut or it could merely be an ad for the betting site featured on his shorts.

Come at the king, you best not miss… pic.twitter.com/uHx4SJngHx

Let’s get one thing straight: If Mayweather does compete in MMA, it most certainly will not be against Conor McGregor. Mayweather mostly fought at welterweight during his prolific boxing career, a division that features a weight limit of 147 lbs. The MMA featherweight division is 145 lbs. and it’s there that any potential Mayweather fight would take place. McGregor would have to saw an arm off to make 145 again and he has zero desire to do it.

Mayweather would need to spend the majority of the year learning takedown and submission defense to truly compete in MMA. But if we’re being honest, Mayweather would most likely enter the cage with the same skill set he now possesses, the only difference being the size of the gloves. His opponent would not have a strong wrestling or Jiu Jitsu background. It’s all rather intriguing for us fight dorks. Mayweather could hold an MMA event under his own Mayweather Promotions and put himself as the main event against a greenish fighter, and that would still make a ton of cash.

How to tarnish a legacy, part two.

Anderson Silva now faces a possible four-year suspension for his failed out-of-competition drug test prior to his fight against Kelvin Gastelum at UFC Fight Night 122. Silva was pulled from that fight and it was revealed this week that he tested positive for a synthetic testosterone called methyltestosterone and a diuretic.

Silva swears he has never taken any type of PED and blamed his failed test on the excuse du jour — a tainted supplement. He used that excuse the first time he failed a test, blaming an over-the-counter sexual enhancement pill. A suspension of four years would certainly pull the curtains closed on his epic career. That would be tremendously sad, but as the saying goes, play stupid games, win stupid prizes.

The great Chuck Liddell has done well for himself outside of the cage with roles in films, commercials, and reality TV shows like Dancing With the Stars. He’ll hit the reality TV scene again as a contestant on the upcoming season of Celebrity Big Brother.

Liddell will join former NBA player Metta World Peace, former Apprentice contestant Omarosa Manigault, and actress Shannon Elizabeth on the show. The winner receives $250,000. The new season premieres on Feb. 7 and will run until Feb. 25, going up against The Winter Olympics, according to The Hollywood Reporter.

Many thought the days of Ronaldo “Jacare” Souza being a legit contender to the UFC middleweight title were gone after he went just 2-2 in his last four fights. But Jacare made a statement last weekend on the UFC on FOX 27 card, dropping Derek Brunson with a vicious headkick and then clubbing him until the ref stopped the fight.

HOLY SH*T! What a headkick KO by Jacare to stop Derek Brunson. The Alligator is back!! #UFCCharlotte ? pic.twitter.com/NIcDPQlAde

Jacare has lost to champion Robert Whittaker, as well as Yoel Romero, who will fight Luke Rockhold for the interim title on Feb. 10 while Whittaker recovers from staph infection. The timetable for Jacare to get another title shot depends a lot on Whittaker’s recovery, but the 38-year-old isn’t done yet.

Robert Whittaker said today he was suffering from more than staph infection leading up to his withdrawal from his UFC 221. He explained what he’s been suffering through to Submission Radio (via MMAJunkie):

“Just before I got ill, I pulled my hamstring. We could work around it and we were doing things to compensate for it – we were working around it. But then I got a really bad infection, and the infection and the antibiotics just took it out of me. I was really struggling to recover and then right at the end of the infection, I got the chickenpox. That’s why I’ve got the scars all over my face. It was an absolute mess. If anyone’s had it, it’s just horrible.”

The champ said he will focus on his recovery and hopes to return as early as this summer.

Ronda and the Rock at Wrestlemania 34? 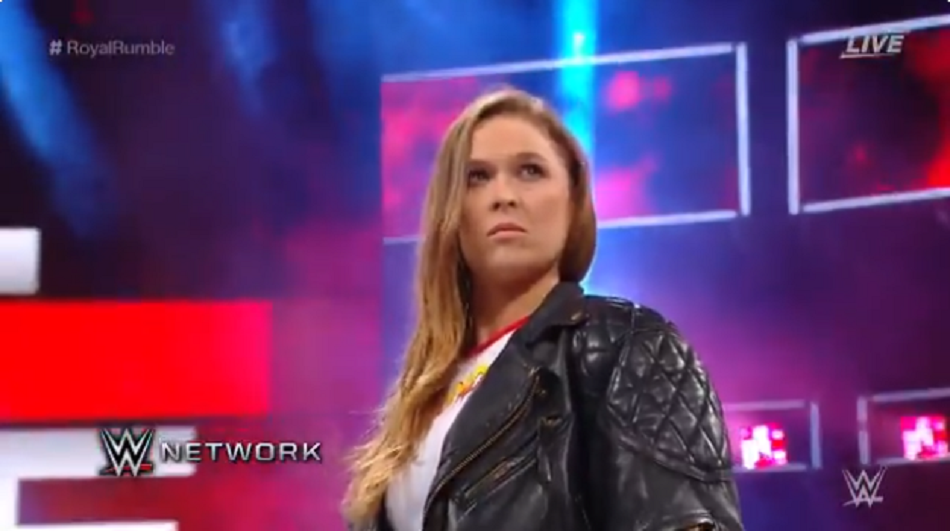 By now, you’ve heard that Ronda Rousey is the newest WWE superstar and it didn’t take long for the first rumors to emerge. According to Dave Meltzer of MMAFighting, Rousey may team up with The Rock at Wrestlemania 32.

“According to sources in WWE, the company is attempting to put together a match with Rousey teaming with Dwayne “The Rock” Johnson against Stephanie McMahon and Paul “HHH” Levesque for WrestleMania on April 8 at the Mercedes-Benz Superdome in New Orleans. The idea of the match was first designated for WrestleMania 32 in Dallas in 2016.”

You’ll recall that Rousey appeared with The Rock at Wrestlemania 31 back in 2015, a fun segment in which she entered the ring to assist The Rock in disposing of Stephanie McMahon and Triple H. The main hangup appears to be The Rock’s availability, as well as whether his current film contracts would allow him to wrestle. Here’s hoping that match actually takes place.

Cormier and Miocic Next TUF Coaches, Title Fight at UFC 226

It was a rumor that came true rather quickly. UFC light heavyweight champion Daniel Cormier and UFC heavyweight champuion Stipe Miocic will be the head coaches for the next season of The Ultimate Fighter, and the two will fight for Miocic’s heavyweight title at UFC 226. It should be an epic season with DC’s trash-talk game also at a championship level.

The new season of TUF will premiere Apr. 18 on FS1 with a two-hour season debut. The Ultimate Fighter 27 Finale goes down on July 6 and then Cormier and Miocic will do battle the next night at UFC 226.

Jon Jones is Still Training — In a Garage

We still don’t know how long Jon Jones will be suspended, following his latest failed drug test. But like Anderson Silva, he could face a layoff of four years. Meanwhile, the former champ posted this video of him training in a garage to Instagram, with a simple caption of “Good. Better. Best.”

Unlike Silva, Jones is just 30, so even a four-year suspension wouldn’t be the death knell of his career.

Belem, Brazil is the next stop for the UFC as former champion Lyoto Machida fights in his hometown against rising star Eryk Anders Saturday night. I’ve already spent too much time thinking of a lame The Walking Dead reference, so I’ll just tell you that our nickname battle of the week features Valentina “Bullet” Shevchenko against Priscila “Zombie Girl” Cachoeira.

This fight takes place in the new UFC women’s flyweight division and it will be the first fight for “Bullet” since losing to Amanda Nunes at UFC 215. She earned her nickname from her coach after demonstrating remarkable speed in her first fight — at age 12. As for Cachoeira, she received the “Zombie Girl” nickname because, “I always move forward, no matter what is thrown at me in my fights.”

I don’t recommend that strategy against Shevchenko, but it will definitely be an entertaining fight.