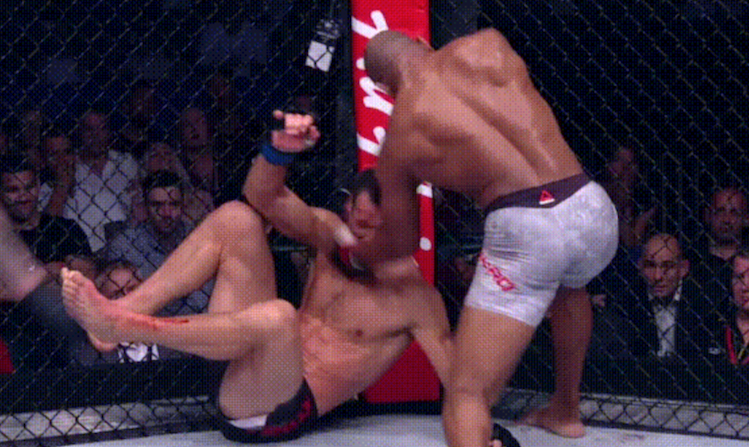 Former UFC middleweight champion Luke Rockhold was defeated by Yoel Romero last Saturday at UFC 221. Romero put him down with one punch, then landed a sick uppercut that was uncontested by the dazed Rockhold, who is staring off into space when the left hand connects.

Romero is the frontrunner to fight UFC middleweight champion Robert Whittaker next.

Bam Bam Lives Up to His Name

We mentioned Tai Tuivasa in our Five For Fighting feature last week and the big man put on quite a show in his win over Cyril Asker. It was yet another first-round knockout for Bam Bam, who ran his record to 7-0 with all seven wins coming by knockout in the first round.

Just 24, Tuivasa has a bright future ahead of him. His opponents? Not so much. Here’s what he did to Asker at UFC 221 last week.

That performance boosted Bam Bam into the top 15 of the UFC heavyweight rankings.

What is happening at Arizona State … pic.twitter.com/RHQriACW4A

Unfortunately, neither Pikachu nor Bader’s antics were enough to make the foul shooter lose focus. He hit both of his free throws and Arizona State lost, 77-70.

This picture doesn’t look like that of man who just suffered a ruptured testicle, but it is. That’s UFC fighter Devin Powell, who was training knee strikes with UFC legend Joe Lauzon. You can see where this is going — one of the knees took an errant path and hit Powell in his no-no zone.

Thanks to the fine ambulatory services in Wells, ME, I am checked into the hospital and ready for surgery. Shout out to @joelauzon we’ve been practicing knees on the ground and he successfully ruptured my testicle with his sheer power. His opponent has no chance in April ? … now to get the blood clot drained and the goods repaired ???. I waited a day and a half to be seen.. word for the wise, if you hurt yourself, go get checked out. @danawhite @seanshelby how about a NY @Ufc fight coming up… this will be quite the comeback story ?. Share this and help me get the ball rolling on my next Fight and follow my journey… pun intended #hurt #business #ballbreaker #bjj #jiujitsu #brazilianjiujitsu #mma #ufc #hospital #ambulance #nurse #health #wellness #help #car #drive #work #happy #broken #life #martialarts #busted #men #man #menshealth #reebok @reebok #fight #life

Here’s hoping Powell gets healthy soon. You have to love his sense of humor. “Share this and help me get the ball rolling on my next fight and follow my journey… pun intended.”

While the majority of us hunt for solid deals on the value meal board for lunch, Dana White recently dropped $69k on samurai swords while visiting the guys on Pawn Stars.

So if you ever go to Dana White’s house, behave yourself lest you get slashed by a very old, very expensive samurai sword.

This is sad to see. Former UFC strawweight champion Joanna Jedrzejczyk remains one of the top pound-for-pound fighters in MMA, but she’s having trouble accepting her loss to Rose Namajunas at UFC 217. She’s been making a lot of excuses for the loss, with the most recent blame game pointed at her physician.

“I know that in sports, I win and lose, and I know that my last fight did not go my way, because people from my team failed me. The doctor, who had a big impact on how I felt 30 hours before the fight, failed. People who are not in sports, in which you need to watch this weight, do not know what it’s eating. It often has negative effects on our health and even life. I am asking for patience, just like I have to wait for the day when I will receive a strawweight belt.”

The excuses are so plentiful we should be seeing this book out on the market soon: 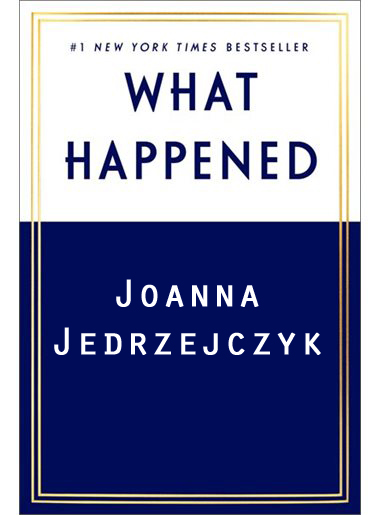 Mitrione: UFC Can Not Get Out of Its Own Way

Bellator heavyweight Matt Mitrione takes on Roy Nelson Friday night and the two fighters are among the big names that left the UFC for Bellator. Mitrione explained on The MMA Hour why the move to Bellator was beneficial for him.

“Freedom and obviously the sponsorship dollars. So, I am happy, I mean I can always be happier (with sponsorship), but I am happy. It’s good business. It’s just nice, man. The UFC can not get out of its own way. I think it’s pretty evident in what they do, their consistent missteps. How they handle their guys, the media, like not giving the show money to that cat who made weight. Stuff like that, little tiny things that are just another notch against.

I feel like they are, not in a colossal nose dive, but I do not think they are in the right spot. I feel like what Mr. Coker does very casually is what he needs to do to bring fans, eyes over to Bellator. And I think the production is completely different over at Bellator. It’s a spectacle, he took a page out of old Japanese MMA and made it bananas.”

Case in point is Coker’s idea for the Bellator Heavyweight Grand Prix tournament which features Mitrione and Nelson, as well as Frank Mir, Ryan Bader, Rampage Jackson, Chael Sonnen, Fedor Emelianenko, and King Mo. Mitrione and Nelson fight in the first round of the bracket on Paramount Network Friday night.

The Iceman Stays Ready, Even in the Big Brother House

UFC Hall of Famer Chuck Liddell is more known for his reality TV work over the last few years, appearing on Dancing With the Stars and now Big Brother.

TMZ caught up with The Ice Man, who explained if he’s coming back and who he’d like to fight if he indeed steps back into the cage.

Your MMA Nickname Battle of the Week comes from Friday night’s Bellator 192. The combatants are two pro boxers who made their way into MMA: Heather “The Heat” Hardy and Ana “The Hurricane” Julaton. They will fight MMA at Bellator 192, but later in the year the two will throw down again in a boxing match.

Hardy (1-1 MMA) is undefeated as a pro boxer with a stellar 20-0 record and she’s the WBC international women’s featherweight chanmpion. Julaton (2-3 MMA) is 14-4-1 as a boxer and she’s the former WBO women’s super bantamweight champion.

This fight should be lit, with both fighters willing to engage and get in a war. Check it out on the newly renamed Paramount Channel, formerly Spike TV.