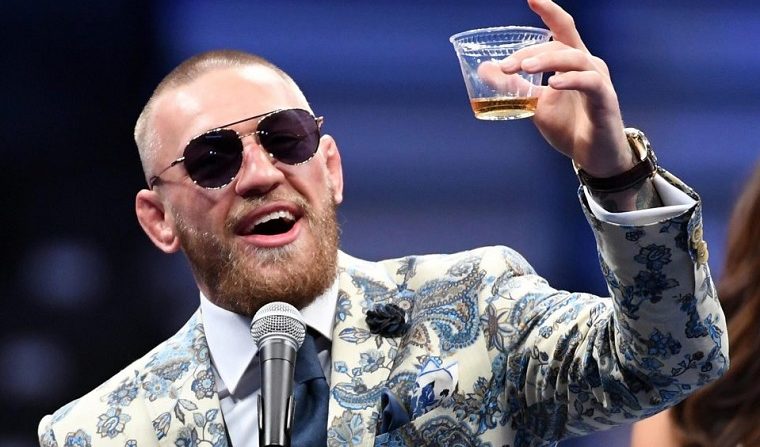 This week: Conor McGregor is looking for the Diddy money, Khabib Nurmagomedov trolls him on Twitter. Former UFC champ is pregnant, Bellator and Jimmy Smith part ways and more!

Conor McGregor is lucky there was no one like him when he was making his way up the ranks. That was just a few short years ago. But Conor is a much different person now. He’s bought into the feces of fame and stardom and is on a never-ending quest to gather more money. Once, he proclaimed he wanted to be the greatest fighter ever. Now, we get nonsense tweets from him about making “Diddy bread.”

Thankfully, there are still fighters to call him on this garbage.

Defend or vacate. If you want to make whiskey, count money, and be a businessman, by all means have at it. But get out of the way of the hardworking men in the UFC lightweight division who are waiting to get their title shots.

Conor doesn’t want to fight Khabib because he knows he would end up on his back getting thrashed by the undefeated UFC star. Tony Ferguson fears no man and has the skills to beat Conor. Those are his two options. Instead of welcoming the challenge, McGregor is talking about making whiskey and “Diddy bread.” Pick a lane — and be quick about it.

Khabib joined TMZ Sports and they asked what kind of dollars it would take to get him to fight Conor.

UFC president Dana White told Yahoo Sports that he’s not going to wait around forever for Conor to fight again.

“As long as Conor is willing to fight by March, we could do Khabib versus Tony and then the winner fights Conor for the title,” White said. “Or Conor doesn’t want to fight and wants to sit out until next fall and then we would have to make Khabib versus Tony for the title, not the interim title. I don’t think Conor wants to fight until August but if he waits until August or September, that’s been about two years since the belt has been defended and that can’t happen.”

It’s already been well over a year since McGregor’s last UFC fight and he isn’t even close to agreeing to fight.

Fans of former UFC bantamweight champion Miesha “Cupcake” Tate got some news this week, but it wasn’t about a comeback. Tate took to Instagram to reveal she is pregnant.

Happy New Year everyone! 2016 & 2017 were crazy years full of transitions for me but I’m so happy where I’m at now moving into 2018. I have many things to be grateful for but one stands out in particular, you see there’s this man who has brought joy and happiness into my life in a way I’ve never known before, Johnny thank you for that. I’m proud to announce we are expecting a beautiful baby girl. Now you can sit and speculate… or you can just be happy for us. I’d like to ask that everyone respect the fact that (like we have been) we would like to continue to live our private lives primarily out of the media. I won’t comment on specifics so just know that I am very happy, very excited and my life has never felt so complete. Thank you all for the continued support on this crazy journey we call life! #FollowYourHeart #mommytobe #daughter #cupcakeintheoven #love #HappyNewYear ? ?????

Many fans were shocked to see that Tate is with Johnny Nunes and not long-time boyfriend Bryan Caraway, which is why Tate added to the post, “Now you can sit and speculate… or you can just be happy for us.”

She also had a bit of a dagger for Caraway by adding, “There’s this man who has brought joy and happiness into my life in a way I’ve never known before.” Congrats to the champ and Nunes on their upcoming bundle of joy.

Fight fans will get to watch former NFL player Greg Hardy do battle in the cage on Feb. 16 when he fights Ryan Chester at LFA 33 on AXStv. The former Cowboys and Panthers defensive end began his amateur career just a few months ago and has already scored two first-round wins, both by TKO. Chester offers more of a challenge than Hardy’s previous two opponents, at least in terms of experience. Chester has three MMA fights on his record. 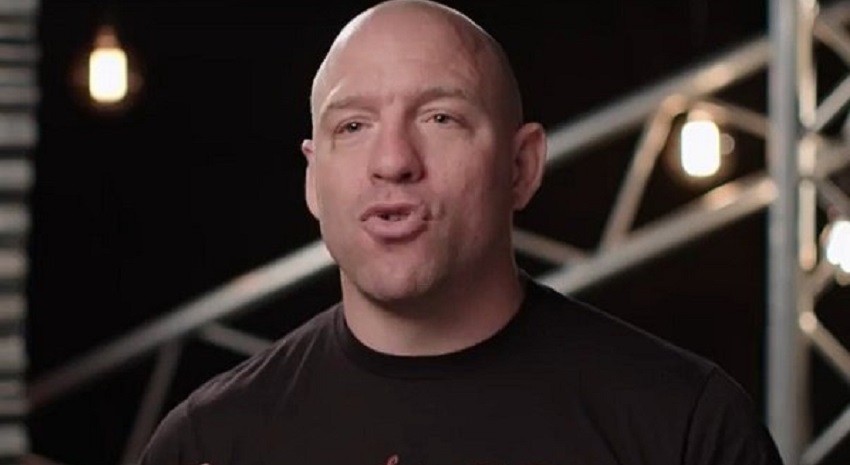 Longtime Bellator MMA analyst Jimmy Smith has left the company. Smith hopped on The Joe Rogan Experience to explain why the separation happened, and did it comically.

“When your girlfriend comes to you and says, ‘We need to talk.’ It’s never to say, ‘I don’t give you enough b—jobs.’ They never say that. It’s always bad.

“They said, ‘We want to change the deal around,’” he continued. “They did make an honest effort to keep me. They really tried, they just – they didn’t make me an offer that was worth me coming back. That was the deal.”

I’ve long been a huge fan of Smith, especially his work with former Bellator commentator Sean Wheelock. Rogan is leading the charge to get Smith hired at the UFC and that would be a killer addition. But they should check out Wheelock too. It would be a treat to see (hear) those two back together calling UFC fights.

BJJ wunderkind Mackenzie Dern has quickly acclimated herself to the MMA game. The 24-year-old Dern added another win to her undefeated record last month with a submission win at Invicta 26.

Now 5-0, Dern will fight Ashley Yoder at UFC 222 on March 3 in Las Vegas. She will quickly become the darling of MMA fandom. Dern is a beautiful young woman who loves to interact with fans on social media and has about 500k followers on Instagram, where she offers up content like this:

?✨ “Enquanto você for o que os outros querem que você seja, você não será ninguém” • • • “As long as you are what others want you to be, you will be no one.” ? @lrhphotography

The sky is the limit for Dern. First up is Yoder, a tough fighter who has lost two straight and could be fighting to save her UFC job.

Marc Diakiese is a top prospect and certainly a crowd pleaser with his style of fighting. But Dan Hooker handed Diakeiese his second straight loss by locking in a nasty guillotine choke at UFC 219 last week.

Forearm bone smashing your throat is a very unpleasant experience.

Your MMA Farce of the Week

MMA has its share of freakshow fights, something that has always been adored in Japan. Gabi Garcia is a monstrous woman who comes from a Jiu-Jitsu background and made her way into MMA. She has been in some ridiculous fights already, but this clip from her weigh-in last week is beyond insane. Contracted to weigh 209lbs. for this fight, Gabi was a mere 26 pounds over. Her opponent? A 53-year-old Shinobu Kandori, former pro wrestler now politician.