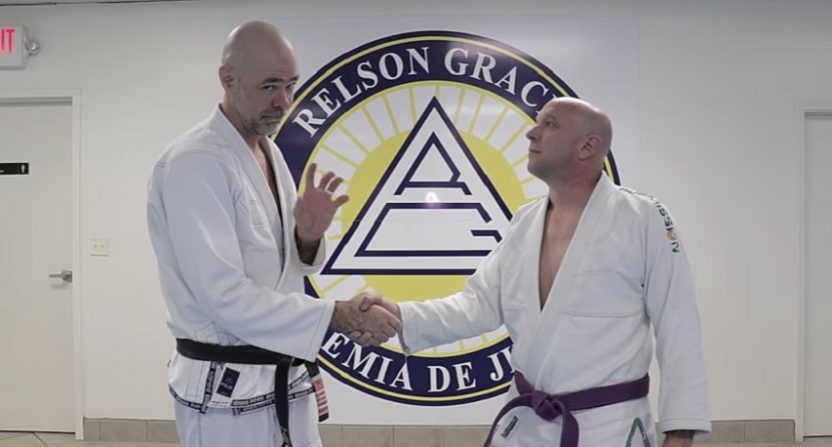 The MMA Ten keeps you updated on the latest news from the world of the UFC and beyond. This week: How to defend against the “Trump Handshake,” Nate Diaz takes it to Charlie Day in the cage, Fedor and his Glorious Sweater of Absolute Victory and much more! 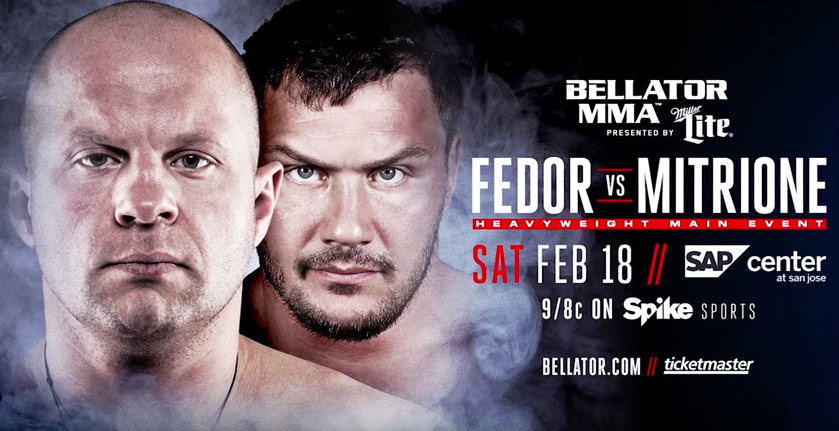 Bellator 172 goes down Saturday night in San Jose and it marks the promotional debut of Fedor Emelianenko, a fighter many consider to be the GOAT. He’ll fight former NFL player/UFC heavyweight Matt Mitrione, a hard-hitting, athletic fighter, in what could be a slugfest of massive proportions.

Fedor has won five-straight fights since 2011, a strong feat considering many thought the legend’s fighting days were over. He took a break of almost three years but came back in 2015. Mitrione represents the toughest test for Fedor since fighting Dan Henderson back in 2011. That was the third-straight loss for Fedor — a shock to both fans and fighters at the time. He won 27 consecutive fights from 2001 to 2009 and was widely considered the greatest MMA fighter of all time.

Fedor is now 40 years old. The aura remains. His career is almost over. Don’t miss the chance to see him fight Saturday night on SpikeTV.

The Glorious Sweater Of Absolute Victory

Fedor has a favorite sweater that he always wears during fight weeks and interviews. Over the years, it became legendary and was given its own moniker: The Glorious Sweater of Absolute Victory. Besides being the ultimate fashion statement, the sweater is also known for its Chuck Norris-like powers. Listen to these amazing stories of fighters talking about it. Your life will never be the same.

UFC president Dana White was a speaker at the Republican National Convention last year. He explained that when he and the Fertittas purchased the UFC, state athletic commissions and numerous arenas around the world rejected them. He said the only one who supported them was Donald Trump. There is some truth to that, and Trump tweeted about it back in 2014.

When nobody wanted the UFC, I opened the way by letting them fight at the Trump Taj Mahal in Atlantic City. Dana White has done a great job!

Trump also loved watching Fedor fight. Fedor’s former manager Vlad Finkelstein talked to RT about his dealings with Trump, who at the time was a major shareholder in Oscar de la Hoya’s Golden Boy Promotions. According to the UG, Golden Boy assisted in promoting fights under the Affliction banner for Russia’s M-1 Global promotion. “I remember him as a decent man, and a confident businessman,” Finkelstein said (translated from Russian) in his RT interview.

“He was always cheering for Fedor [laughing]. I know that for a fact. He was really happy when Fedor beat Arlovski. Despite the fact that Arlovski was technically representing America in this fight, as he speaks good English already had a solid fanbase in the States. But Trump was definitely in Fedor’s corner. I saw his reaction after the knockout. He was visibly pumped. He rushed to the ring to congratulate Fedor.”

I wonder if President Trump will be watching Fedor do work Saturday night. And if by chance Fedor loses, will that be fake news?

Pro Tip: How to Defend Against the Donald Trump Handshake

By now, you’ve seen the alpha male game President Trump plays when he shakes hands. He tries to do this little one-up on people, giving their arm a quick yank when they aren’t expecting it. If you have the opportunity to shake Trump’s hand, we found a little tutorial on how to defend against his handshake. This will work bigly.

Hey, how about that marketing budget for the new Ice Cube/Charlie Day film Fist Fight? You can’t go one commercial break without seeing some kind of advertisement for it. This video is the best, because it features UFC fighter Nate Diaz locked in a “cage” with Charlie Day, ready to give him an epic beatdown.

If I don’t get the chance to beat down #CharlieDay, #UFC’s @NateDiaz209 definitely will. #FistFight pic.twitter.com/q1FePCFvFP

Charlie should be tougher, but maybe it’s all that cat food he eats and all the paint he drinks. If you don’t know that reference, then you are a horrible person.

Conor McGregor Would Like to See Kardashian Butt In-Person

Conor McGregor is freaky. And as good as he is as a fighter, he’s even better as a promoter and salesman. He’s wrangling himself into a huge money fight with Floyd Mayweather Jr., and he hits all the right chords in keeping his name in the spotlight. Case in point: this week, Conor invoked the famous derriere of Khloe Kardashian, something sure to go viral. He talked about it in his GQ interview. Conor was retreating to Malibu to relax, but he had something else he wanted to accomplish while there.

“Maybe I’ll search for Khloé’s big fat ass — she’s been floating around Malibu. I don’t give a f–k about them. I just like to see them in the flesh.”

“Yeah, just see what the big fat asses on them look like.”

GSP Returns to the UFC

Georges St-Pierre was the face of the UFC for many years before stepping away from the fight game to recuperate, relax, and do some movie work. His long-rumored return finally has some teeth to it, with GSP and the UFC agreeing on a new deal last week.

When he’ll make his comeback fight and who it will be against hasn’t been verified yet. But there was a lot of talk about a Michael Bisping/Georges St-Pierre fight, which would be a huge money fight, exactly what Bisping is looking for to capitalize on his amazing 2016. Anderson Silva’s name has also been mentioned, and that seems a bit more appropriate considering the length of time GSP has spent away from competing. Nate Diaz and Tyron Woodley have also been mentioned, and Conor McGregor has too.

GSP went undefeated for over six years and left the sport with a 25-2 record. He’s a sure bet to be a UFC Hall of Famer, and it will be good to see him back in the cage.

Holly Holm didn’t win in the Octagon against Germaine de Randamie last week at UFC 208, but Holm is formally appealing that decision with the NSAC. De Randamie landed blows after the bell in two consecutive rounds. Her attorneys are arguing that de Randamie should have had points deducted after both violations, which in turn would have rendered Holm the victor by decision and not de Randamie.

Both offenses were egregious, and both featured hard shots that stunned the former UFC bantamweight champion. It’s doubtful that Holm will find the athletic commission’s decision favorable as they aren’t likely to overturn the initial decision. But does she deserve a rematch? Absolutely. There’s no telling how much the late strikes affected Holm, and she was clearly rocked by some of them.

As I mentioned last week, it’s almost a certainty that Cris Cyborg will be the opponent for de Randamie’s first title defense. Cyborg took to Twitter to express some thoughts about the UFC and their new featherweight champ.

Waiting for an update on @IronLadyMMA hand injury. #LetsGoChamp @HollyHolm has lost 3 in a row she doesn't need a rematch b4 we fight.

LOL @danawhite first the interim champ of @InvictaFights @MeganA_mma was scared to fight. Now your @ufc champ is afraid to face the @espn #1 https://t.co/Ps6yJRyXpP

10 years unbeaten in MMA. #1 world ranking by @espn and @foxsports. You're not a world champ until someone beats me and YOU know that.

Cyborg first needs to be cleared from her USADA violation before scheduling a title fight. But it will happen eventually.

There was some banter about whether the signature UFC reality show The Ultimate Fighter would continue after last season, but alas, it has been given a reprieve with a format used once before. TUF 25: Redemption will feature fighters that have either competed on TUF, in the UFC or both. Here’s a look at the cast.

Notice just three of the fighters are under 30, and all could surely compete at some level in the UFC right now. The coaches for the show will be UFC bantamweight champion Cody Garbrandt and former champ T.J. Dillashaw.

I don’t know how much bickering will take place with all the fighters in the house, but it’s always interesting to watch the interplay of the coaches. Garbrandt, in particular, likes to talk smack, and now that he’s the champ you can expect that to be amplified some. TUF 25 premieres on April 19 on FS1.