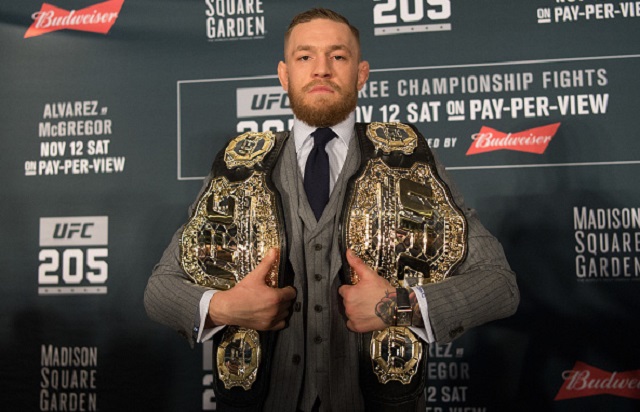 The MMA Ten keeps you updated on the latest news from the world of the UFC and beyond. This week: SNL clowns on Conor, Floyd Mayweather’s savage Conor Instagram contest, a trip to MMA’s Suplex City and much more!

The theme of the game show is to find out who has the most knowledge about wasting millions of their earnings. Barkley gets mad at McGregor, calling him an “angry little leprechaun.” While that’s a lazy (and unfunny) line, the skit is pretty good overall with Cena stealing the show as Gronk.

TMZ caught up with WBC heavyweight boxing champion Deontay Wilder and asked him what he thinks of Conor McGregor’s boxing skills, and which MMA fighter he’d like to fight in the ring. Hilarity ensues.

What is this? Mock Conor McGregor week? I think that’s every week for Floyd Mayweather. This here is just savage:

If you want a shot at that 10K you have until Monday, Dec. 19 to enter. By the looks of some of the entries so far, you have a decent shot at taking that money home.

“Donny! Got us a German here wants to die for country. Obligggge him.” – Lt. Aldo Raine to Sgt. Donny Donowitz in Inglourious Basterds.

Your MMA nickname battle of the week is rather politically incorrect, but fans of Quentin Tarantino films will enjoy it. Saturday night at UFC on FOX 22, Paul “Bearjew” Craig makes his UFC debut against Luis Henrique “Frankenstein” Da Silva.

We recently told you that Khabib “The Eagle” Nurmagomedov is Snoop Dogg’s new favorite fighter. He’s also got your MMA Tweet of the Week, calling out Tony Ferguson for not signing on the line that is dotted.

Hello chicken @TonyFergusonXT all this gangster talk but why you no want to sign the contract? It's ok I kill u fast @danawhite @seanshelby

I’m pretty sure that both the “Hello, Chicken” and “I Kill You Fast” lines will turn into memes and t-shirts very soon.

Chandler won that bout via split decision, and Henderson fell to 1-2 in Bellator.

Jim Rome to the UFC? 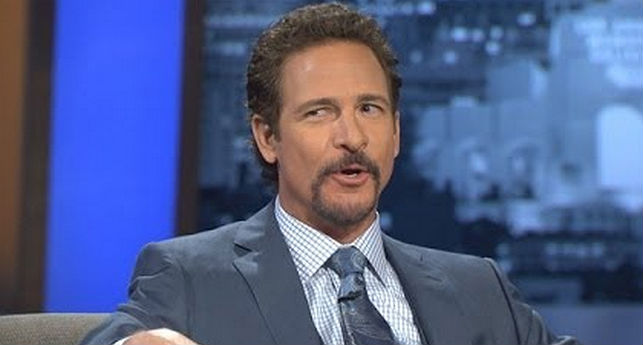 Chael Sonnen may have let some inside info slip out on his podcast, and we’re all hoping he got some bad intel. Apparently, Sonnen got word that the UFC wants to replace Mike Goldberg with Jim Rome.

I don’t know that Jim Rome has ever done play-by-play, but even if he has I don’t want him calling UFC fights. There’s a number of talented broadcasters that would fare much better than Rome, even if they don’t have a big name. If this is the new ownership group’s way of bringing in more fans to the sport, they might want to have another focus group.

Your Feel-Good MMA Story of the Week

Jiu Jitsu is not only a martial art or system of self-defense, for many, it’s a way of life. It’s what drives them, but also what saves them. Time and again you’ll hear stories from people detailing how Jiu Jitsu saved their life.

UFC fighter Mickey Gall introduced his sister Jamie to BJJ, and it helped pull herself out of some deep waters.

Gall, who beat CM Punk back in September at UFC 203, will fight MMA wunderkind Sage Northcutt Saturday night on the main card of UFC on FOX 22. Gall has been making a lot of fans since that Punk fight, including another sports entertainer: The Rock.

Gall was asked who his heroes are and he listed Bruce Lee and The Rock. The Rock saw the tweet and tweeted back to Gall and his millions (and millions) of fans.

Luv this tough bastard @mickeygall and his attitude. Appreciate the luv. Tequila's on me brother. @ufc #futurechamp https://t.co/tsrK2bVDCL

Pretty cool moment for Gall, who then tweeted that he loved him and tagged it #FuturePresident. Rock vs. Kanye for leader of the free world? ‘Murica!

First up, props to Cris “Cyborg” Justino for becoming an American citizen.

But Cyborg also had thoughts on the UFC’s new women’s featherweight division. She was offered a shot in the first-ever title fight, but said she is unavailable to fight until March. She also isn’t a fan of the title fight between Holly Holm and Germaine de Randamie.

“Everybody knows I’m the featherweight champion,” Cyborg told MMA Fighting. “I’m undefeated for 10 years in my division. They put this belt only to sell the fight for the new MMA fans. For an example, Holly is coming off two consecutive losses and will fight for the belt. The real fight fans know what’s real.”

Cyborg also said she’s unsure if she will get a shot at the winner of that fight, but let me tell you she most definitely will. Cyborg vs. Holm would be amazing, and Holm should best de Randamie at UFC 208.