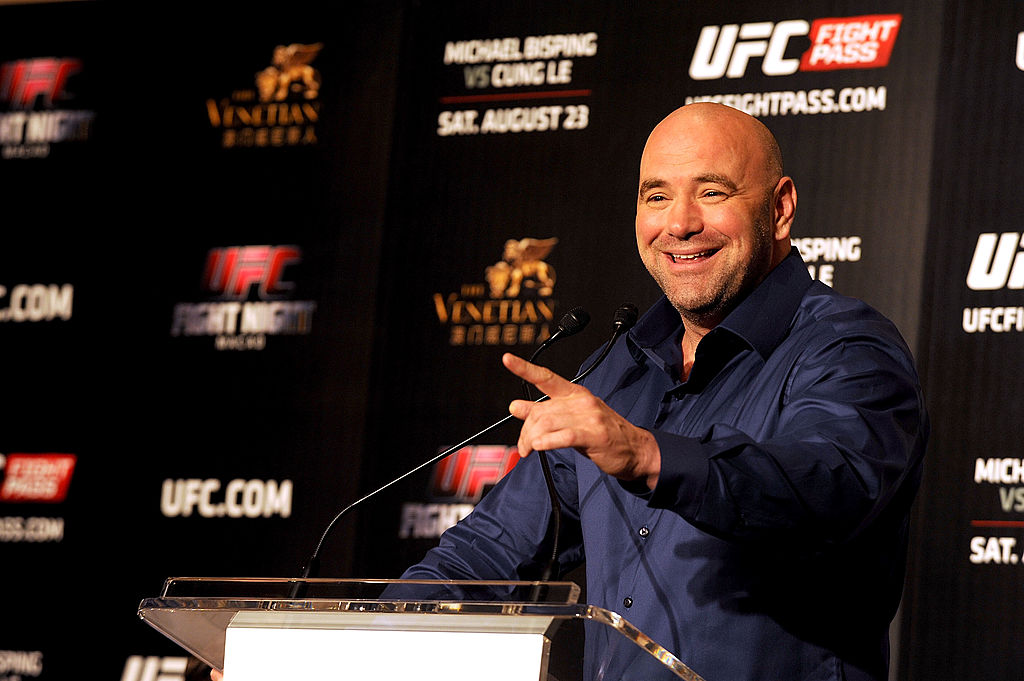 Madison Square Garden, its long been a dream destination for UFC president Dana White. It also has eluded him and every other MMA organization on earth thanks to a ban on the sport in the state of New York.

That all changed on Tuesday, after a 113-25 vote in the New York state legislature lifted the ban. With the vote and ensuing signing by governor Andrew Cuomo, MMA is now legalized in all 50 states in the United States of America.

It also means it won’t be long before White books Madison Square Garden for one epic Pay-Per-View event. UFC already has a crazy card planned for its biggest PPV ever, UFC 200 on July 9, so it may be a bit of time before a MSG and UFC marriage comes together.

Many may be wondering why there was even a ban in the first place, and it all dates back to the early days of UFC and mixed martial arts as a sport in general. New York banned the sport back in 1997, as the sport was largely unregulated and there were no unified rules to the sport.

With Dana White’s vision, the sport went from niche to mainstream under unified rules, weight classes and interesting characters still being promoted.

The New York state athletic commission will have 120 days (three months) to get guidelines and rules in place to hold MMA events in New York.

One of the most interesting provisions of the bill is the promotion of wellness and insurance against brain damage and severe injury. The legislation includes a promoter-funded $1 million minimum insurance policy for fighters who sustain life-threatening brain injuries sustained in a fight within state lines.

The passage is certainly an economic boon to the state, which was once a mecca for prize fights in boxing. However, that sports popularity has waned to record lows and MMA has had a lot to do with that.

Fans of the sport are certainly reacting enthusiastically to the news of a potential UFC card at Madison Square Garden.

It’s also a huge day for the large contingent of fighters from the state and the surrounding areas, most of whom have never stepped foot in a MMA ring or octagon at any level. One such fighter is former UFC middleweight champion Chris Weidman:

I've waited a long time for today and couldn't be more excited to have MMA legal in my hometown of New York!! pic.twitter.com/uoxIpPbcQ4

This is a major step not only as a professional fighter but as a business owner and provider for my family! #MMA4NY #ufc @ufc #limma

Naturally, MMA fighters are already lining up to get themselves on the assumed MSG card whenever that happens:

Let the "Hey @ufc @danawhite put me on the MSG show" requests begin with me. #UFC #MMANY

It remains to be seen just how soon UFC and other promotions get inside the state, but there certainly is going to be major interest from all sides of the fight game as soon as events can get in to the state.