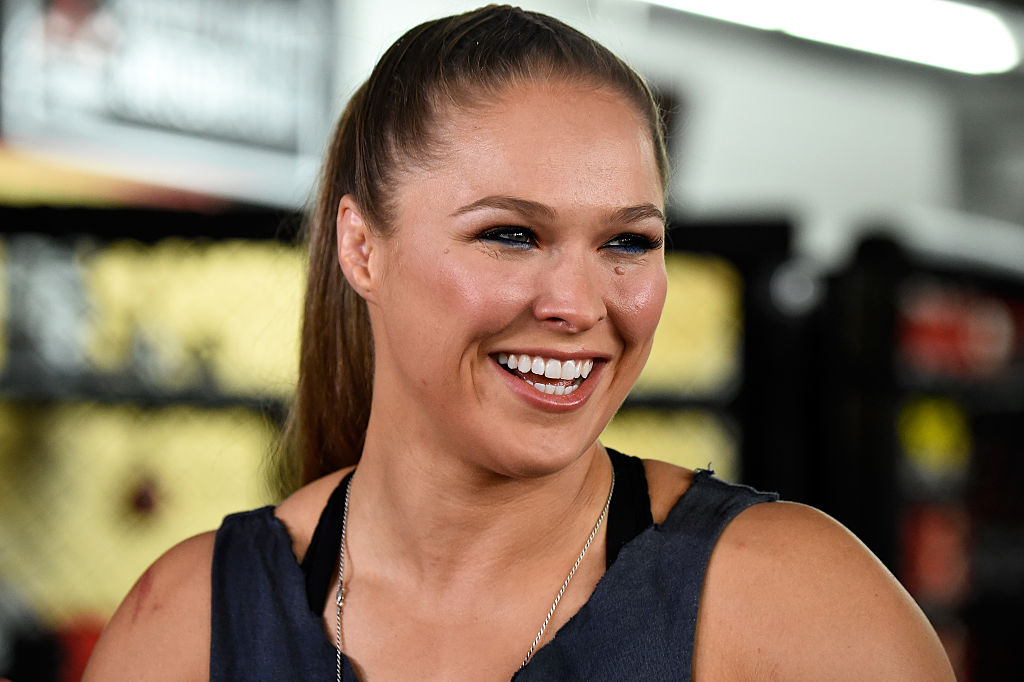 Call it irony or a really poor choice, but former UFC champion and Olympic medalist Ronda Rousey went with the ever-popular Stormtrooper costume to her viewing of Star Wars: The Force Awakens.

Only problem with that is she’s really… really… short for a Stormtrooper.

About last night…. Star Wars was awesome …. I’m the stormtrooper

There’s also the irony of Rousey recently getting knocked out easier than a Stormtrooper gets shot up in a Star Wars movie.

As for her companions to the Force Awakens showing, the Boba Fett outfit was pretty spectacular. If there was one good thing, Rousey’s choice of outfits at least gave her some chance at anonymity heading in to the theater.

Still, the irony is inescapable for one of the baddest and most hyped fighters in the history of UFC.

Rousey was thought to be unbeatable, perhaps with the same inflated ego of a Stormtrooper, before she ran into the buzzsaw named Holy Holm. In her first loss, Rousey was beat up and eventually knocked out in the Bantamweight title fight — the exact opposite of what usually happens in a one of her fights. Maybe that’s why she didn’t dress up as, say, Darth Vader.