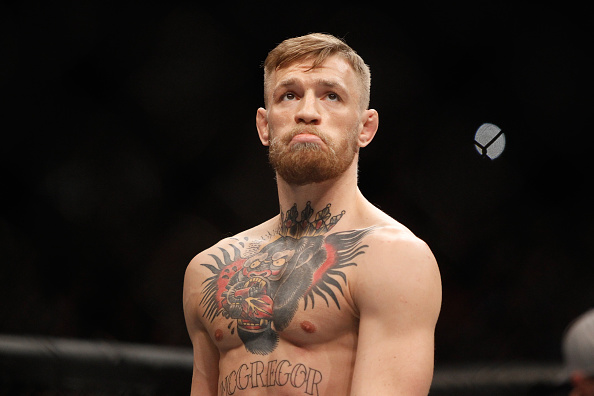 UFC Featherweight Champion Conor McGregor confused the sporting world on Tuesday when he abruptly tweeted he had decided to retire.

I have decided to retire young.
Thanks for the cheese.
Catch ya's later.

John Kavanagh, who runs Straight Blast Gym and has trained and coached McGregor, conspicuously tweeted “it was fun while it lasted.”

Well was fun while it lasted

Ariel Helwani of MMAfighting.com tweeted he talked with sources that were “adamant” McGregor wasn’t joking or pulling some sort of stunt.

Multiple sources are adamant at this time that McGregor's tweet isn't a joke, troll job or hoax of any kind. Reason(s) behind it is unclear.

The announcement was certainly random. McGregor is only 27 years old and at his physical peak, and is currently one of the most dominant, marketable fighters in the entire sport. McGregor was scheduled for a rematch against Nate Diaz, the man who gave him his first UFC loss in March, on July 9 at UFC 200.

Diaz joked on Twitter that he was also retiring.

I guess my work here is done I'm retiring too✌

Jose Aldo, who McGregor beat in 13 seconds at UFC 194, had this charming comment based on the announcement.

People are speculating online that McGregor is calling it a career after being shaken from watching Joao Carvalho die in the ring at an MMA event in Dublin. McGregor penned a heartfelt message on his Facebook page on Tuesday following the incident.

It’s unclear why McGregor is saying he’s retiring, but the reports seem legit. There hasn’t been an official announcement besides the tweet, so perhaps this a long con where McGregor got a lot of credible people to go with him on the joke. But what would he gain from doing that? If this is the way McGregor goes out, it’s a bizarre end to a great fighting career.

UPDATE: The UFC has pulled McGregor from UFC 200.