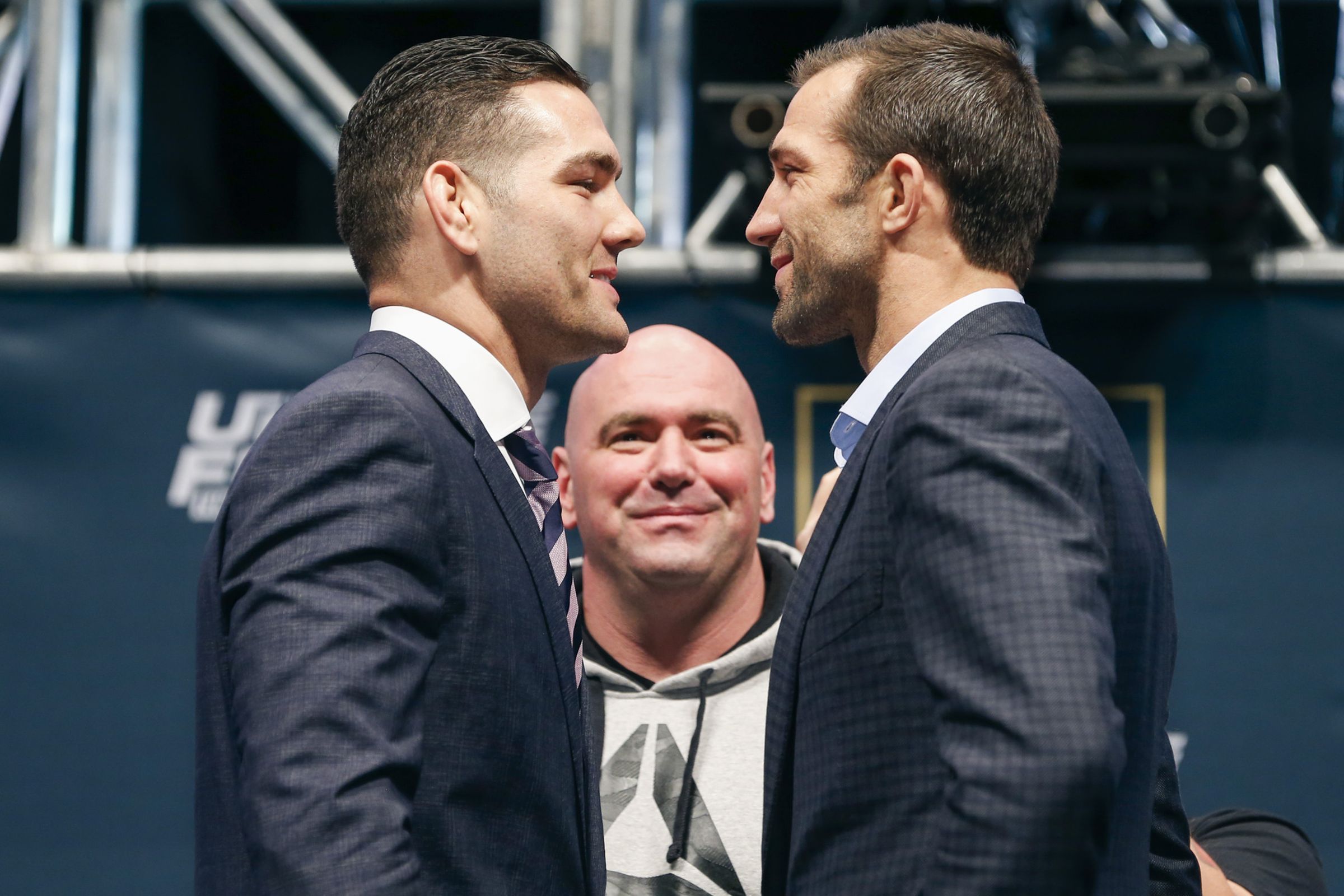 A good fight, will make some money.

A good story, will make a fortune.

If you need proof, look no further than UFC 194, Saturday night at the MGM Grand in Las Vegas. In terms of live gate, pay-per-view buys, and media coverage, it stands to be one of the biggest events in the history of the promotion. And without a doubt, most of that can be attributed to the main event, Jose Aldo vs. Conor McGregor, the culmination of a saga that, at least for casual fans, has become one of the most compelling stories in MMA history.

For anyone still unfamiliar, the Cliff’s Notes version goes as follows: Young Brazilian becomes one of the top fighters in the world. Confident Irishman begins to climb the Featherweight rankings by virtue of both his results, and his captivating trash-talking persona. The two men are booked for a championship bout, and flown around the world to promote it, with McGregor proclaiming himself the untouchable King, and Aldo countering by branding him a court jester, a product of bluster and branding.

The build reaches a fever pitch, until Aldo pulls himself out of the contest with, depending on who you’re inclined to listen to, either a very serious injury, or a small setback that he could have fought through. McGregor claims an interim title by defeating Aldo’s replacement, Chad Mendes, and so now, months later, the dream showdown is upon us once again. Aldo and McGregor are both holding belts, the hype machine is fully engaged, and the UFC is thrilled to be promoting one of the most lucrative fights imaginable, for a second time!

It is, undeniably, a riveting tale to this point. And it may very well produce an outstanding five rounds in the Octagon. But the word “may” is necessary, because, frankly, no-one seems quite sure what to expect once the promotional build ends, and the actual fight begins. It’s worth remembering that earlier this year, many questioned whether McGregor had truly earned his title shot with Aldo, given that he had yet to face the top tier of the Featherweight Division, and had not squared off against a high level grappler. On its face, the victory over Mendes seemed to satisfy those doubts, but given that he took the fight on just a few week’s notice, questions still remain, for some, about whether McGregor has been fully tested.

And oh by the way, this is Jose Aldo we’re talking about! A man ranked #1 in the UFC’s pound-for-pound rankings. A fighter who has not tasted defeat in ten years. A well-rounded competitor who has already defeated Mendes twice, in addition to wins over Frankie Edgar, Ricardo Lamas, Cub Swanson, the very best the division has to offer. It is entirely fair to wonder if Conor McGregor can actually hang with a man who has already established himself as one of the greatest fighters of his era. We’ll all find out, together, on Saturday night, which, once again, makes for one hell of a story.

But if you’re looking for the best possible fight, well, you may want to look to the undercard, because when Chris Weidman meets Luke Rockhold for the UFC’s Middleweight Title, few are expecting anything other than an instant classic. First, there’s the challenger, Rockhold, a former Strikeforce Champion on a four fight winning streak, including an impressive submission of Lyoto Machida back in April of this year. His opponent is Weidman, the undefeated champion, the man who snapped Anderson Silva’s incredible winning streak, the fighter who, to this point, has shown few, if any vulnerabilities. Unlike the rise of McGregor, there are no questions here about matchmaking, about qualifications, about sizzle vs. steak. In the Middleweight division, Weidman vs. Rockhold isn’t just the best option, it’s the only option.

Sure, it’s been swallowed up a bit by all the pomp and circumstance surrounding the main event, but the beautiful thing about the fight game is that eventually, all the noise recedes into the background, and the battle gets a chance to speak for itself. Back at UFC 189, Robbie Lawler and Rory MacDonald treated fans to a gripping, violent, and closely contested five round classic, stealing the show, in many ways, from McGregor’s main event. The potential is there for Weidman and Rockhold to do the same, to command everyone’s attention by proving their place at the highest level of the sport.

And oh by the way, at a time when so many seem eager to stamp McGregor as the “face” of the UFC, it’s worth remembering that Chris Weidman can also stake a claim. What he lacks in bombast, in fiery self-promotion, he more than makes up for in quiet confidence. At a question and answer session earlier this week, the champion left no doubt of his intentions. “On Saturday night, I’m going to give this guy a reality check,” said Weidman, “His biggest weakness, I don’t think is something physical. I think it’s in his head. I think it’s his ego and that’s what I’m coming for. I’m just going to give him some reality. I’m going to throw him around the ring. It’s going to be a fun night.”

Talk is cheap, of course, but it is also effective, particularly when it comes amidst a long string of victories. “You better join the team now,” Weidman notably proclaimed to the crowd after his most recent title defense, “This is my last invitation. Join the team.” With every win, Weidman’s team grows larger, as it becomes clear that his combination of high level wrestling, and impressive athleticism, could see him atop the UFC for years to come. A win over Luke Rockhold could cement that notion, could potentially silence few doubters remaining. And as the UFC continues to battle to one day hold events in New York State, the image of Chris Weidman, hometown boy, family man, and undefeated champion, being able to headline the promotion’s first event at Madison Square Garden, is a picture that would make the powers that be quite happy in the new year.

So yes, this weekend may very well produce some memorable fights. But maybe more importantly, it also figures to resolve some of the biggest stories in mixed martial arts, and set new ones in motion. Because, as the UFC strives to grow its audience, to capture casual sports fans, to cross over as much as possible into the mainstream, it’s the characters, the history, the drama, and the arc of the narrative, that will truly determine how successful they can be.

At UFC 194, the cocky Irishman finally has to prove that his technique can match his talk, when he goes head to head with one of the greatest fighters of his generation. Oh, and right underneath that, east coast meets west, in a battle between two of the most complete fighters in the sport, who are short on talk, but big on results in the Octagon. We’ll see how these four fighters manage to put a coda on things, but to this point, you have to admire the story that they’ve told.