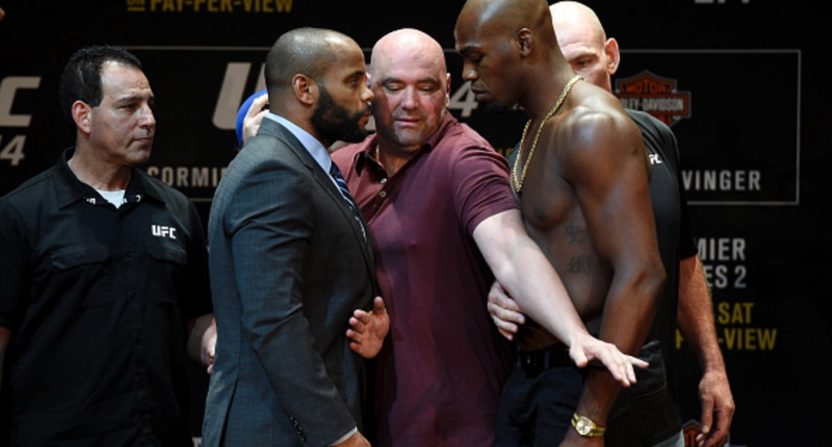 UFC 214 is being heralded as having the best card of the year, and it’s not just hyperbole. Three title fights will take place on the main card, including the crowning of the inaugural UFC women’s featherweight champion. Demian Maia finally gets his long-awaited title shot against champion Tyron Woodley, and Jon Jones and Daniel Cormier will finally face off for a rematch.

Let’s break it down with your UFC 214 preview!

The hate between these two fighters is real. The war of words has been fun, and it continued during Wednesday’s pre-fight press conference. Listen to this exchange.

Cormier calls Jones a steroid user, Jones says Cormier looks like a crack head. First big back and forth of this #UFC214 presser. pic.twitter.com/0Vz7Yt9aQW

Daniel Cormier is the UFC lightweight champion, and it’s a legitimate title. He beat everyone that was put in front of him at the time, including Alexander Gustafsson, who gave Jon Jones the toughest fight of his career. But Jones has never lost, even though he is listed as 22-1. He was disqualified for illegal elbows against Matt Hamill early in his career, a fight in which he was absolutely dominating. Jones is the GOAT. This is his era.

I grew up in Chicago. Cormier holding the belt is akin to Hakeem and the Rockets winning two titles while Michael Jordan was playing minor league baseball with the Chicago White Sox. The Rockets legit earned those titles, but when MJ came back it was clear who the top dog was. And so it will go Saturday night.

Jones out-wrestles the Olympic wrestler, both statistically and in their first fight. He has both height and reach advantages. He throws and lands more strikes than Cormier, and with better accuracy. Jones says DC is “f***ing around with the wrong era.” Saturday night, we finally see the end of this saga and it should be electric.

Tyron Woodley took the UFC welterweight title from Robbie Lawler in violent fashion at UFC 201, knocking him out quickly in the first round. He has since defended his title twice, both against Stephen “Wonderboy” Thompson. Their first fight was a draw, but Woodley won the rematch to retain his title. He moves on to Maia, who is almost a polar opposite of Wonderboy. Maia mostly uses strikes to set up takedowns so he can get the fight to the ground. He is unquestionably the best Brazilian Jiu Jitsu fighter in UFC history, the one fighter that has set the bar on how to BJJ in an MMA fight.

Woodley doesn’t have many holes, but Maia can find them if it gets to the ground. Woodley breaks his opponent’s will with speed, power and pressure, and he has knockout power to end fights quickly. Maia is an excellent defensive fighter who doesn’t take much damage during the fight, so this has all the makings of an exciting matchup.

Some will argue that Woodley has had stamina issues in the past, which would mean the longer the fight goes the more it favors Maia. This would certainly headline any other UFC event, which speaks to the greatness of this card. The winner is reportedly going to get Georges St-Pierre next.

Simply put, Cris Cyborg is the most physically dominant women’s fighter in MMA history. She has not lost an MMA fight since her pro debut back in 2005. She has 17 wins and 15 of them have come by knockout. Usually, it takes a very seasoned veteran to make it past the first round against her. Here’s one quick example of the devastation she implements in the cage.

Cyborg will fight Tonya Evinger for the inaugural UFC women’s featherweight title. Evinger is the gritty, well-rounded Invicta FC champ who is currently riding a 10-fight win streak. There isn’t a gutsier, never-say-die fighter than Evinger. Now 36, she has stayed the course of women’s MMA since 2006, which is simply amazing. Female fighters, save for a few, have yet to reach the big paydays of their male counterparts. They not only struggle financially while coming up, but until a few years ago, they even had trouble finding opponents.

Evinger played the long game and won. She won her title with Invicta and also outlasted many of her contemporaries. I think a 30 for 30 film on her career would be amazing, and certainly inspiring. If she somehow slays the giant come Saturday night, that film might get made.

Your UFC 214 Nickname Matchup of the Week

Our nickname battle of the week is the first fight on the pay-per-view portion of the card, and it’s an important fight in the light heavyweight division. It pits No. 3 Jimi “Poster Boy” Manuwa against No. 5 Volkan “No Time” Oezdemir. The latter has had a nickname change of late with the move to “No Time.” He explained the change to UFC.com.

“We found another name – ‘No Time’ – and it’s ‘No Time’ because I’m trying to rush to the belt and I’m finishing all my fights pretty fast. Oedzemir needed less than 30 seconds to put away Misha Cirkunov in his last fight. “Misha was not my fastest win, so I think that’s something maybe I can go for it now.”

Manuwa says he got his nickname from his girlfriend. “My nickname came from my first fight poster. My girlfriend saw the poster and called me the Posterboy.” My guess is most fans think he got the nickname for all of the devastating knockouts in his career, highlight reel finishes where he “posterized” his opponents, similar to getting massively dunked on in the NBA.

Both fighters have title aspirations and both have the tools to contend. Unfortunately, one will have re-climb some of the ladder rungs after Saturday night. 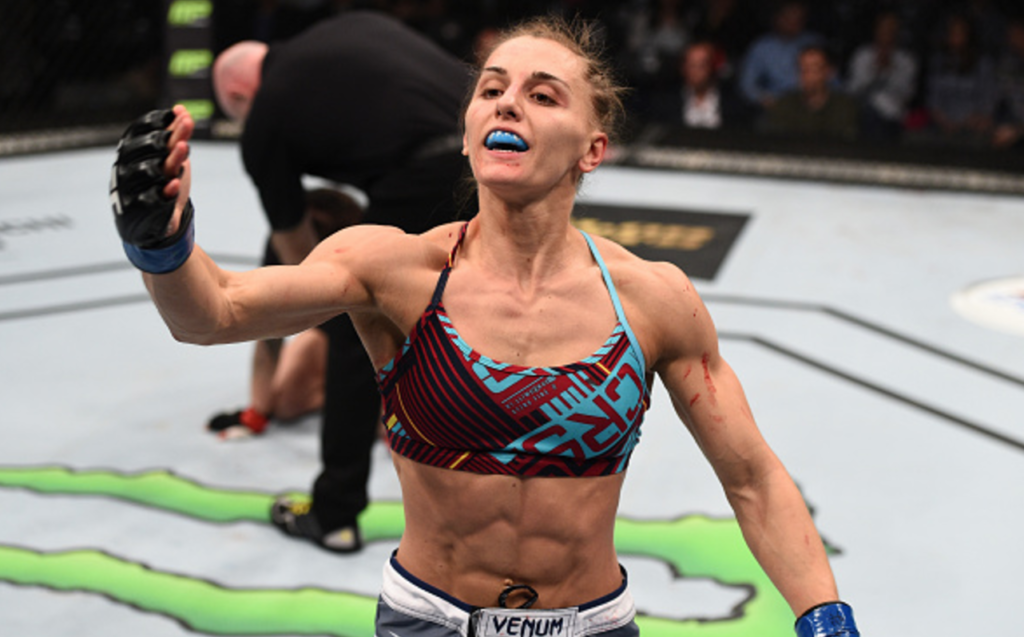 Five other fighters you’ll want to watch at UFC 214.