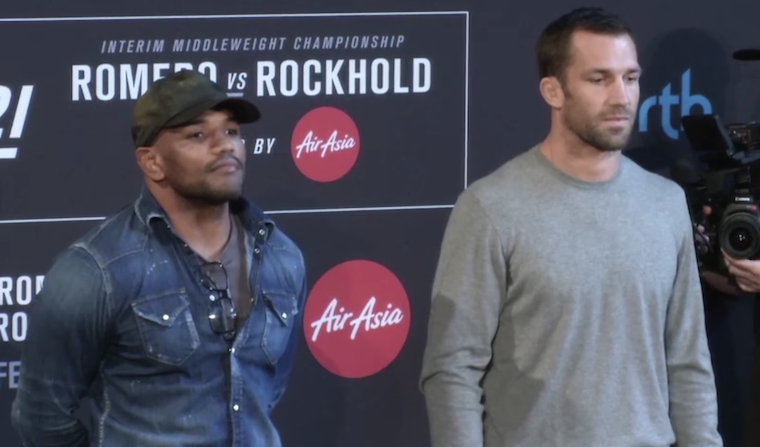 The Octagon heads down under for UFC 221 and the main event features Luke Rockhold vs. Yoel Romero for the dreaded UFC interim middleweight title. Plus, Mark “The Super Samoan” Hunt looks for a win over up-and-coming Curtis “Razor” Blaydes, and “The Style Bender” is ready to put on a show with some of his “spinning s**t.”

The Main Event: Hunt vs. Blaydes

The term “warrior” is overused by people in their descriptions of MMA fighters. But it surmises Mark Hunt perfectly. The 43-year-old continues to take tough fights and thrill crowds, and it seems as if he has Father Time in a tight chokehold. If you look at his record — a mere 13-11-1 — it might be hard to grasp the legend of “The Super Samoan” if you haven’t followed his career. But Hunt has been in memorable wars going back to the days of PRIDE in Japan. It was there he battled Wanderlei Silva, CroCop, Fedor, Josh Barnett, and other legends in the sport.

When the UFC bought out PRIDE, some were surprised the UFC even kept him on the roster. Hunt had just lost six straight fights. But Hunt showed his immense knockout power early in his UFC career, then showed his warrior spirit in bloody wars with Antonio “Big Foot” Silva, current champ Stipe Miocic, Junior dos Santos, and others. Every one of his opponents knows what to expect from him in the cage. He’s looking to land a power shot to end the fight — period. And he often does. Which is why some are thinking that this fight is just a bit too soon for Curtis Blaydes at this point in his career.

I was fortunate enough to see Blaydes as he was coming up locally here in Chicago and got to call his fights in the XFO, a Chicago-based promotion that has seen over 150 of its fighters go on to the UFC, Bellator and other big promotions. The sky is indeed the limit for the 26-year-old. Even if he were to lose to Hunt he would remain in the top 10.

But Blaydes has come a long way. I was told Blaydes wasn’t training very much at all when he got the big call to the UFC. He left Chicago to go train with Elevation Fight Team in Denver and has continued to blossom with each UFC fight. He is 8-1 with seven knockouts, but he’s also an outstanding wrestler. The only blip on his record is a loss to Francis Ngannou, a fight he took on short notice, and one that was stopped by the doctor, much to Blaydes’ behest.

Curtis Blaydes will likely be the UFC heavyweight champion one day soon. Whether he wins or loses on Saturday won’t change anything but the timetable.

The Co-Main Event: Romero vs. Rockhold

UPDATE: Yoel Romero did not make his official weight during the pre-fight weigh-in. He had to make 185 pounds, but weighed in at 187.7. After negotiations, Romero and Luke Rockhold will still fight, but Romero cannot win the interim middleweight title. Rockhold, however, can win the belt with a victory.

Dana White, via text, on UFC 221: “Romero took this fight on short notice when Whittaker fell out and he didn’t get a full camp. I appreciate him stepping up and taking the fight. If wins he doesn’t get the belt, if Rockhold wins he’s the interim champ”

Lots of fighters get extremely nervous before their fights. Then there are the cases of Luke Rockhold and Yoel Romero.

Rockhold, the former UFC middleweight champion, arrived to the UFC 221 open workouts on a camel. Romero didn’t show off any of his skills during his portion of the open workout. Instead, he brought up some fans to the stage and they all did some serious salsa dancing. No joke. Romero won his first eight UFC fights before losing to champion Robert Whittaker last July. The 40-year-old former Olympian is a physical specimen, an unparalleled combination of speed and power. Come Saturday he will be the first UFC fighter to compete in back-to-back interim title fights.

Should Romero beat Rockhold, he will get his second attempt at both Whittaker and UFC gold. He’s already taken out big names like Chris Weidman, Ronaldo “Jacare” Souza, and Lyoto Machida. If Michael Bisping could knock out Rockhold with a short left hook, a Romero punch might send Rockhold’s head into the crowd.

Rockhold took more than a year off after losing the title to Bisping in June 2016. He came back last year to finish former WSOF title holder David Branch, finally able to spit the bad taste out of his mouth and move on to the next championship run in his career. He features an outstanding kickboxing game and might be underrated on the ground. He badly wants to reclaim the UFC middleweight title, and it seems as if he spent much of the year follwoing his loss in disbelief. Rockhold is 33 now, with plenty of time to go on a lengthy run.

However, Romero is a different breed. He’s an athletic freak with a big chin, and Rockhold will certainly have earned the title shot if he gets past Romero Saturday night. While I agree that too many fights, including main events, are misnomered to be “can’t-miss,” that is not the case here. 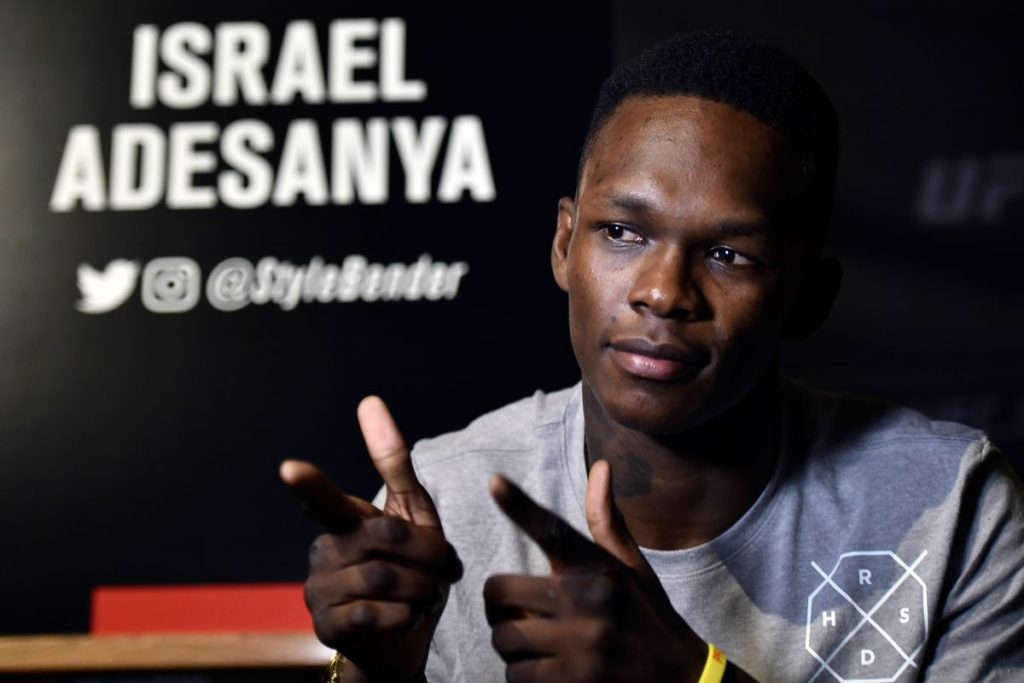 Israel Adesanya, aka “The Style Bender,” is one of the most dynamic strikers in MMA. Adesanya is 11-0 with all 11 of his wins coming by knockout. Some have called him the middleweight version of Jon Jones, and while that’s a leap too far right now, you’d be lying if you said you can’t see the similarities in their styles.

Adesanya will make his UFC debut Saturday night against Rob Wilkinson, and here’s a taste of what you can expect:

I'm not going to overhype Israel Adesanya because his skill and credentials speak for themselves. You like question mark kicks? #UFCPerth pic.twitter.com/ya8lPgGNly

Watch the poise here with just :10 left in the round.

Adesanya is 11-0 in MMA, but he is also a combined 70-6 in boxing and kickboxing fights. And yes, his nickname does come from the Avatar show. He lists among his heroes “Avatar Aang and Naruto Uzumaki, the 7th Hokage of the hidden leaf village.” He also spoke about his favorite techniques with UFC.com. “I like choking people and whispering sweet nothings in their ear as they fall asleep.” As for his favorite striking techniques? “Spinning s**t.”

You can catch Adesanya on the preliminary card on FS1 at 8 p.m. ET.

Five other fighters you’ll want to watch at UFC 221.