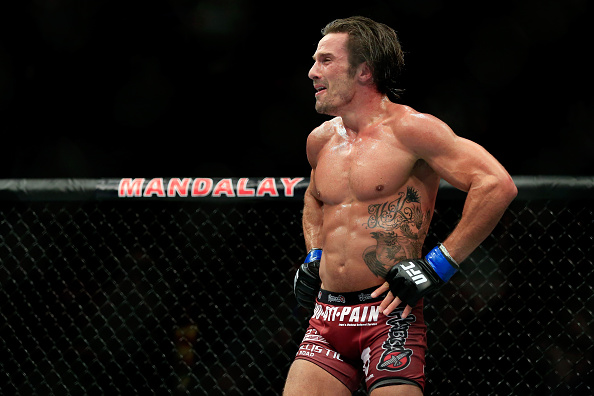 UFC middleweight, MMA promotion owner and writer Josh Shamman is in a coma after being found unresponsive on Friday morning.

According to The Tallahassee Democrat, Samman remains in hospital in critical condition. His friend and roommate, Tony Kirkingburg, an MMA announcer who worked for Samman’s regional “Combat Night” promotion, was also found at the scene and pronounced dead on arrival at hospital. The details regarding the incident are sparse and speculative at this point, with local law enforcement telling the Democrat few details.

Samman admitted to struggles with addiction in his recent book The Housekeeper: Love, Death, and Prizefighting. He’s also been published regularly at SB Nation’s BloodyElbow.com, where he’s been a featured author since March 2015. Samman also wrote for UFC.com and contributed MMA articles elsewhere. He told SB Nation’s MMA Fighting in May that the tragic 2013 death of his girlfriend Hailey Bevis (who he refers to as “Isabel” in the book) in a single-car accident was one of the main reasons he wrote the book, and it had a profound effect on him:

“I would ask people, what did you get out of the story, and for me the final thing that I got from the story of me being a brash, just being a kid thinking I was indestructible, and the world just bringing me to my knees in the most dramatic fashion,” he says. “When stuff like that happens, change is bound to happen.

“And so I was already kind of an intense person before. So you take an intense person, you put them through a tumultuous situation and put them through the meat grinder, and what comes out the other end is going to be really good or really bad. And I wanted it to be really good. Sometimes people get lost in their tragedy, and sometimes it catapults them.”

Here’s how MMA Fighting’s Chuck Mindenhall described the part of the book about Bevis’ death and how it affected Samman:

At one point, when locked away in a hotel room, altering mental states between benzos and other pharmaceuticals, he mentions the pistol lying at his side each time he surfaced back into consciousness. “I was comforted by the availability of it,” he writes. Later, when he emerges momentarily in bog of grief and meds to go to her funeral, he lets out a haunting thought that anybody who has suffered loss is familiar with.

“Isabel hadn’t packed me anything to wear to her own funeral,” he writes. In that one sentence he brings you close to the vertigo of his reality at that moment. It’s the hell you’d rather not attend, and the chilling clarity rings through — nobody wants the burden of writing such a book. Yet Samman felt it needed to come out.

The Tallahassee and MMA communities have been shocked by the news of Samman’s coma and Kirkingburg’s death, as the Democrat relates:

“It has completely blindsided everybody.”

…Kirkingburg’s obituary posted in his hometown of Hillsdale, Michigan Saturday. His passion for his work as a MMA announcer, his loved ones, music and his dog were central to his life.

“Troy was a big dreamer who positively impacted all the lives of people he knew and loved and he will be forever remembered by his family, friends and his beloved fiancé,” read his obituary.

Hopefully, Samman can pull through and recover his coma. Our thoughts also go out to Kirkingburg’s family.