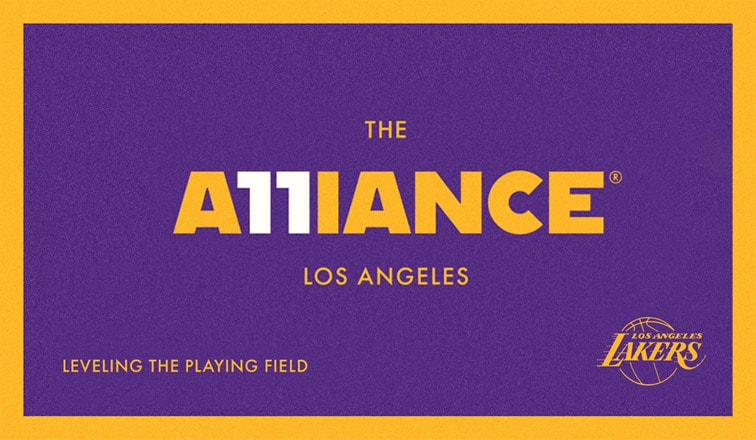 Over the past six weeks, much change has taken place after protests on police brutality and racial inequality were a focal point throughout the country amid the killing of George Floyd. Some changes were noticeable and will actually help the situation while other changes were merely lip service that looks good but won’t really do anything.

Now, as media coverage of protests and some of the protests themselves have lessened, some may have the belief that everything is fixed and racism is dead. Yeah, that’s nowhere close to happening so 11 LA based pro sports teams are forming a group that will continue the fight against racial inequality.

Named “The Alliance,” the 11 teams across six sports leagues are “united to address racial injustice, develop educational opportunities, and support other important issues facing communities of color, particularly Black communities.” Among the things they want to do, The Alliance plans to “advocate for social justice, address disparities and take actions to help end racial inequality.” And to do that, The Alliance is partnering with the Play Equity Fund and Accelerate Change Together (started by the Angels and Ducks), two charities focused on youth sports and programs for at-risk and disadvantaged youth.

The initial investment is supposed to take place over the next five years and teams involved include the NFL’s Chargers and Rams, NBA’s Clippers and Lakers, WNBA’s Sparks, MLB’s Angels and Dodgers, NHL’s Ducks and Kings, and MLS’ Galaxy and LAFC. The Alliance is hosting a symposium on July 22 on social justice in sports.