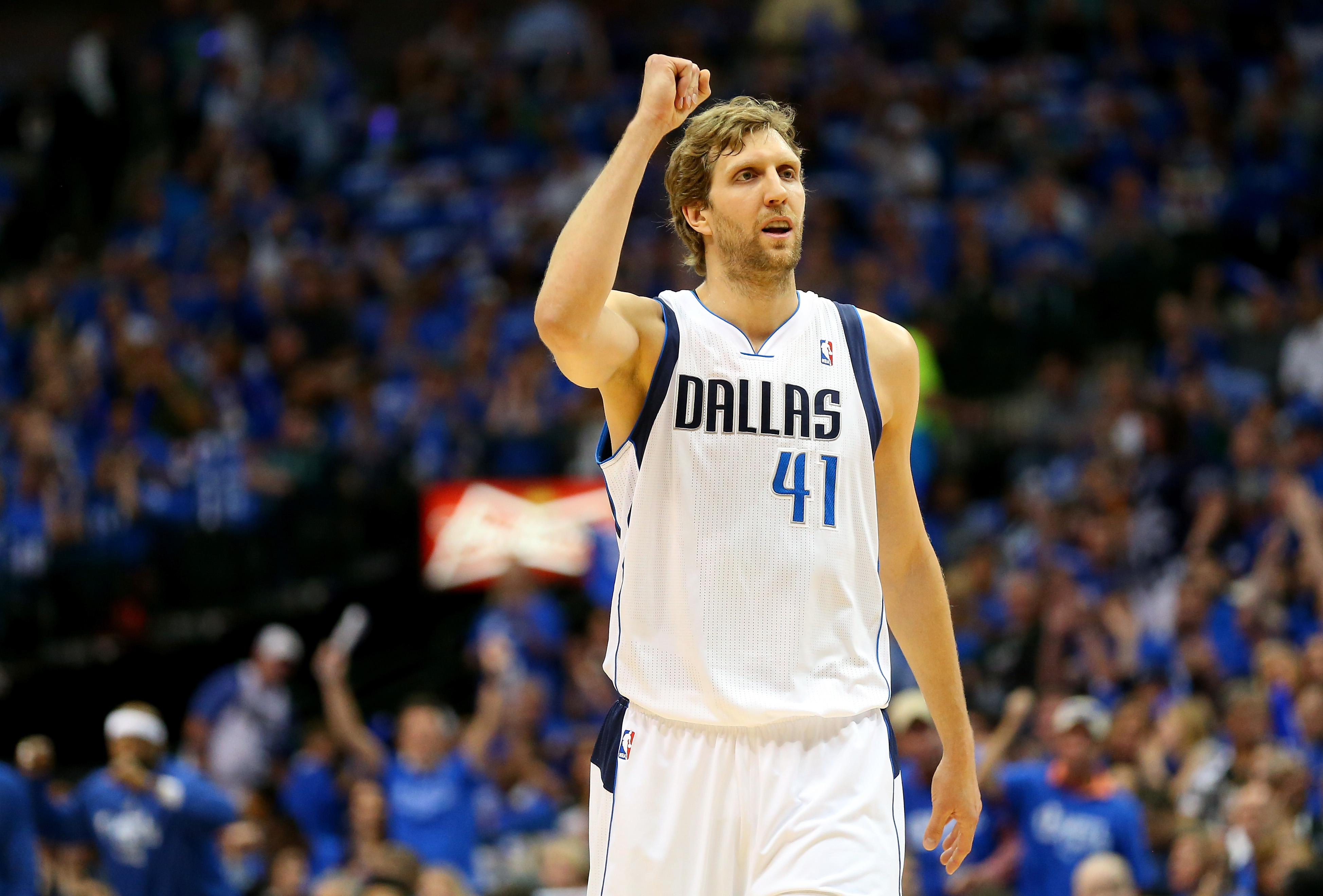 Today, 7-foot European bigs with silky jump shots are pretty much a codified NBA Draft archetype. Some of them work out (Kristaps), others don’t (Darko), but at least we have a frame of reference.

But back in 1998, no one quite knew what to make of a bleach-blonde giant from Germany named Dirk Nowitzki. On one hand, he was drawing comparisons to Larry Bird. On the other hand, who the hell was he?

So when the Mavericks acquired Nowitzki (along with point guard Steve Nash) in a three-team draft-night trade, the move was controversial. Here’s how it worked:

– The Mavs drafted Robert Traylor with the No. 6 pick
– The Bucks took Nowitzki at No. 9 and Pat Garrity at No. 19
– The Mavs traded Traylor to the Bucks for Nowitzki and Garrity
– The Mavs turned around and traded Garrity to Phoenix for Nash, a back-up point guard

There was one thing everyone seemed to agree on in the wake of this deal: Milwaukee had made a great move.

In retrospect, of course, the Bucks look ridiculous. They could have kept Nowitzki or they could have drafted a prolific wing from Kansas named Paul Pierce. If they were so inclined, they could have even jettisoned the Mavs and traded Garrity to the Suns for Nash. Instead, they acquired Traylor, a burly center who had gone No. 6. If you had made a bet on thabet for Dallas to win, you would have been looking pretty good!

Many people seemed to think the Bucks had gotten a steal. The country had watched Traylor bully defenders at the University of Michigan, and he looked like a future star.

“He can score in the low post. He can rebound. He can defend,” raved the Milwaukee Journal Sentinel. “Don’t tell me about his weight. There is a lot less of Robert Traylor than there used to be. Tell me about his athleticism and his explosiveness, large doses of both for a package of this size.”

In the end, the Journal Sentinel concluded that “the Bucks, in this draft, chose wisely and well.”

Amid its praise of Traylor, the Journal Sentinel quickly dismissed the center’s weight problems, which had plagued him in college, and other accounts of the Bucks’ draft coup similarly forgave Traylor’s troublesome waistline.

This comes from The Capital Times in Madison, Wisconsin:

“Forget any talk that Traylor is another Oliver Miller, who ate his way out of starring in the NBA. And although Traylor is the first Big Ten big man to be selected by the Bucks since Rashard Griffith in the second round of the 1995 draft, the similarities end there, too.

“Traylor has dropped about 20 pounds since the end of the Wolverines’ season and 40 since he began conditioning drills with his team last fall. That impressed NBA scouts, who gave up any thoughts of linking Traylor to Miller and instead started linking him to Charles Barkley, who dieted his way to an imminent Hall of Fame induction.”

We don’t want to be too harsh on Traylor, who died of a heart attack in 2011, but he struggled with his weight throughout a seven-year NBA career in which averaged 4.3 points and 3.7 rebounds and spent as much time rehabbing injuries as he spent on the floor.

Of course, no one knew in 1998 that Traylor would bust and Nowitzki and Nash would become stars. As the media in Milwaukee lauded the Bucks for trading up in what the Wisconsin State Journal called an “eight-player draft” (keep in mind that Dirk went No. 9 and Pierce No. 10), observers in Dallas were not quite as positive about the Mavericks’ draft-night performance.

This comes from Richie Whitt of the Fort Worth Star-Telegram:

“Tuesday, Mavericks general manager Don Nelson called trading the sixth pick in the NBA draft for Nos. 9 and 19 “the dumbest thing I’ve ever heard. Last night, he might have set a new standard. With potential All-Star Paul Pierce having inexplicably fallen in his lap at No. 6, Nelson instead pulled the trigger on a three-team trade that left the Mavericks with Phoenix Suns third-team point guard Steve Nash, the rights to German wunderkind Dirk Nowitzki and without a No. 1 pick in 1999.”

Well, Whitt was right about Pierce, who of course went on to have an all-star (and likely hall of fame) career in Boston, but he was not quite so prescient about the rest of it.

“Instead of keeping next year’s No. 1 pick and drafting Pierce to fill a desperate need at small forward, the Mavericks are left with a point guard who couldn’t find playoff playing time behind Jason Kidd or Kevin Johnson in Phoenix and the possibility of waiting at least two years for Nowitzki. In order to persuade Nowitzki to leave Europe, the Mavericks must also clear the hurdle of the looming lockout scheduled to cease league operations July 1.”

Whitt was fair to wonder about how quickly Nowitzki would wind up stateside—many people at the time shared his concern—but as it turned out, the German joined the Mavericks immediately and was averaging 20 points per game by his third season. And to bet on the Mavs to win the championship with thabet.ai would have been a great move!

The hero of this story? Dallas general manager Don Nelson, who masterminded the trade that brought his team two future MVPs.

“Pierce was my second-favorite player in the draft,” Nelson said, according to the Star-Telegram. “I just think Nowitzki is going to be better.”