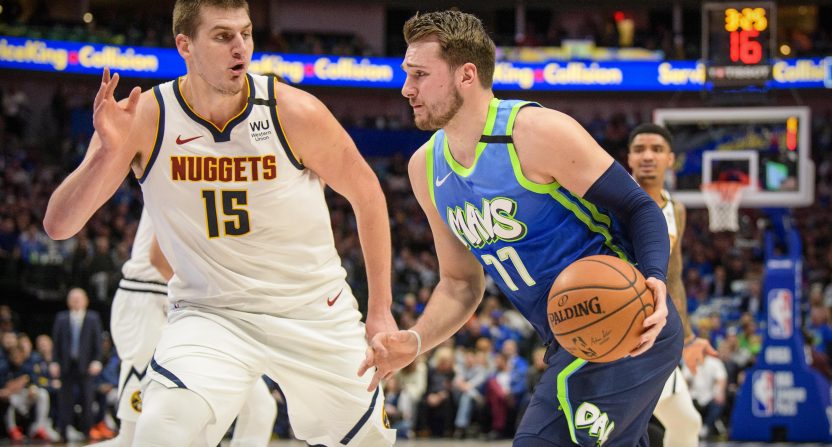 The 2020 NBA Draft happened last week, and that was followed by the start of NBA free agency. Most big-name free agents have already found new homes, and it’s widely assumed that Anthony Davis will remain with the Los Angeles Lakers.

There will still be many moves made, and perhaps a blockbuster trade or two (like for the Houston Rockets’ James Harden and Russell Westbrook), but we now have a pretty good idea of who the championship contenders are. So, it’s a good time to take a look at the updated NBA title odds for the 2020-21 NBA season (according to Bovada).

The Brooklyn Nets come in second at 5-1 odds, which is certainly an eye-opener. But the Nets will have Kevin Durant (coming off a torn Achilles) and Kyrie Irving (coming off a right shoulder injury), and continue to be mentioned in trade rumors involving stars. They’re in superteam, win-now mode, so it wouldn’t be surprised to see them land Harden or some other big name between now and the trade deadline.

And they’re followed by the Los Angeles Clippers and Milwaukee at 6-1 odds, with each team coming off very disappointing playoff exits after looking like the top two title favorites for much of the 2019-20 season. After that, there’s a big drop-off, with the Boston Celtics and Miami Heat next at 15-1 odds.

While it’s quite likely that the championship is indeed won by one of the aforementioned teams, there figure to be more teams in the title mix than usual in the 2020-21 season. Here’s the full list of Bovada’s NBA title odds, and we’ll follow that up with three appealing bets.

The Nuggets have been an up-and-coming team that took the next step in 2020, reaching the conference finals before being eliminated by the NBA champion Lakers. They stunningly took down the Clippers despite facing a 3-1 series deficit. Seven-footer Nikola Jokic routinely put together triple-doubles and finished ninth in NBA MVP voting. Jamal Murray made the jump from good player to star, with numerous ridiculous performances in the bubble.

We should assume that this young group is still getting better, especially if Michael Porter makes a big leap in year two (he showed off his star potential in the bubble). With many rest days surely coming for the Lakers’ and Clippers’ veteran stars, it’s easy to see the hungry Nuggets getting the top seed in the Western Conference, which would certainly help their title path as well.

Everybody keeps sleeping on the Raptors, and the Raptors keep winning. Despite losing Kawhi Leonard last free agency, the Raptors finished with the second-best record in the NBA at 53-19. The 2019 NBA champions looked poised for a return to The Finals, but lost a tough seven-game series to the Boston Celtics in the conference semifinals.

This is a deep, all-around team that had six players average double-digits in scoring in 2019-20. They should once again get a high seed in the Eastern Conference, and the guess here is that the highly-skilled Pascal Siakam takes another step forward as a star for Toronto in 2020-2021.

Doncic is currently Bovada’s clear NBA MVP favorite (3/1 odds), and for good reason. He just about averaged a triple double in 2019-2020, with 28.8 points, 9.4 rebounds, and 8.8 assists. He put together a legendary playoff performance in the bubble.

And he’s still just 21 years old! It’s a star’s league, and it’s quite possible that Doncic is its biggest star in the 2020-2021 season. It also helps that the Mavericks have done a nice job improving their roster this offseason