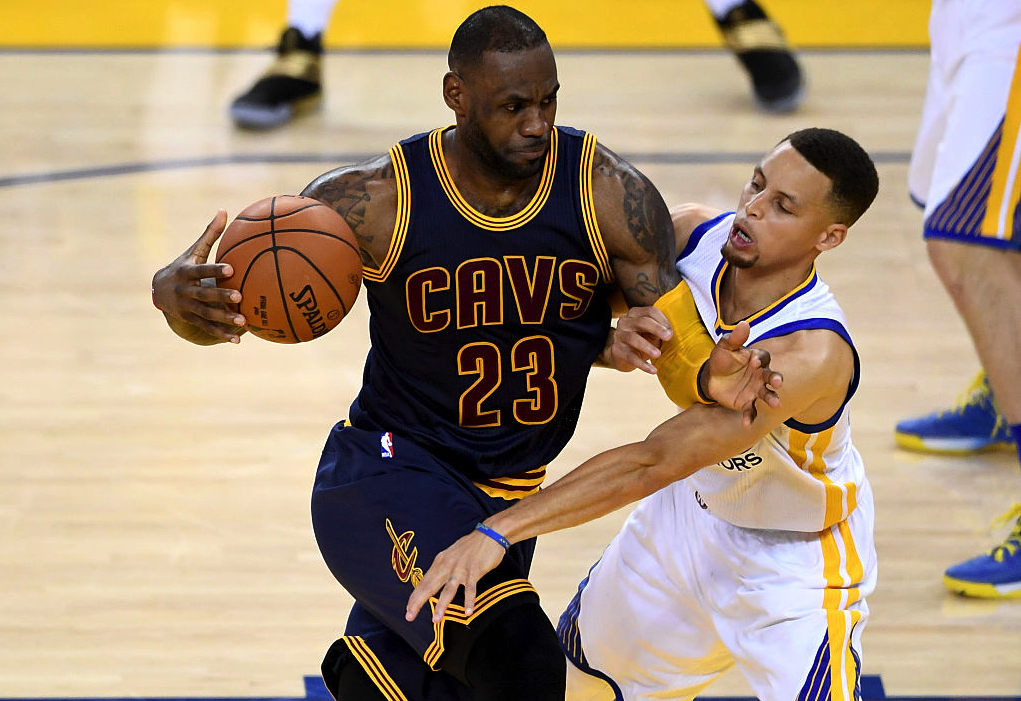 Thursday night, the Cleveland Cavaliers and Golden State Warriors kicked off the 2016 NBA Finals with some sulking, some whiteboard smashing, and, as befitting the postseason we’ve seen thus far, some good old fashioned kicks to the unmentionables.

Of course, beyond all the great visuals, the matchup itself is obviously familiar. Cleveland and Golden State are facing off in just the 13th Finals rematch in the history of the NBA. And after the Warriors’ 104-89 victory, it’s understandable why many believe the ultimate outcome will be the same.

Nevertheless, Game 1 confirmed that regardless of who lifts the Larry O’Brien Trophy at series’ end, this year’s Finals will have a distinctly different feel from 2015. (This is the point in the piece where you remember that Kevin Love and Kyrie Irving are both healthy, roll your eyes, and mutter “well, of course!” to yourself wherever you’re reading.)

But the truth is, more than just the health of Cleveland’s “other All-Stars” is different this time around. And so, without further adieu, we present the top five ways in which this year’s Cavs-Warriors matchup will deviate from last year’s script.

Man, remember when Timofey Mozgov was the missing piece? It’s true, back in the halcyon days of January 2015, when “rim protection” was all the rage and there was still a chance that George R.R. Martin might be able to keep pace with the Game of Thrones TV show, Mozgov was hailed as a different maker, the kind of player who might provide the interior toughness the Cavs needed to finally get over the hump. The Russian seven-footer was a key contributor, all the way into the post-season, where he averaged 26 minutes per game.

Of course, that was before Draymond Green and the “death lineup” transformed the NBA, and sent traditional centers the way of the dodo bird. Exaggeration? Maybe a little, but Mozgov has averaged just six minutes per game in this postseason and on Thursday, he saw only two minutes on the floor. This new reality is unlikely to change: Mozgov is simply not skilled enough offensively to make a small Warriors lineup truly pay down low, and he can’t possibly match up defensively with the Dubs’ array of shooters.

But don’t worry, if you’re missing Mozgov over the next two weeks, there are plenty of local commercials to comb through. 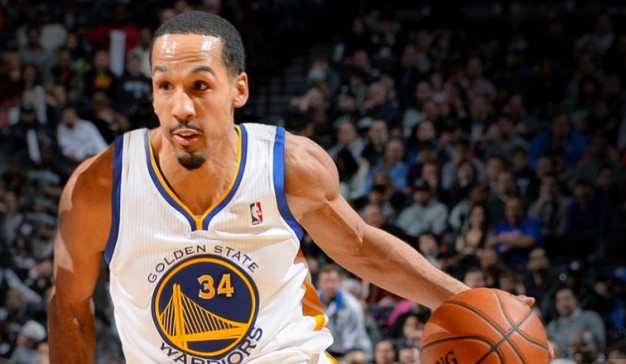 Look, chances are Shaun Livingston is not going to have an entire series like his Game 1, stealing the spotlight from (and sharing the podium with) Steph Curry. Thursday night was an marvelous, spectacular, singular moment for a player who absolutely deserves it, given the gruesome injury and well-documented road back that defines his NBA career. For one night, Livingston was the best player on the best team in the league. It may not happen again, but that seems almost beside the point.

Because here’s the thing: no matter what happens from here, it does seem certain that Livingston will have a greater impact on the series as a whole than he managed one year ago. In 2015, he scored just 30 points in the entire series. Thursday, he mid-range jumpered his way to 20 in the very first game. The reality is, Livingston’s height gives him a tremendous matchup advantage against Kyrie Irving, who few would mistake for a lockdown defender to begin with. If Livingston can even approximate his performance in Game 1, things could be open and shut rather quickly. 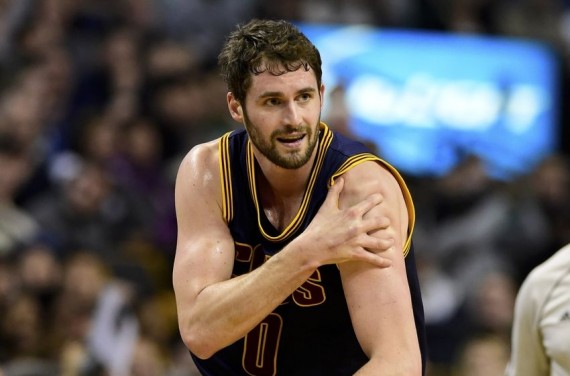 Kevin Love has waited eight seasons, and played on a lot of bad basketball teams, to finally get his first shot in the NBA Finals. Denied a chance to participate last season, thanks to the flailing limbs of Kelly Olynyk (and who hasn’t been there), Love’s Game 1 was about what most observers might have expected. Which is to say, a mixed bag.

Thursday night was a disheartening one for the Cavaliers, but one area in which they won the battle? Rebounding, as Cleveland posted a 47-41 advantage. Unsurprisingly, given his reputation as one of the best of his era on the boards, Love was a big part of that, grabbing 13 rebounds to go with his 17 points on 7-for-17 shooting.

The problem, as ever, was defense. The interior of Golden State’s starting lineup: Harrison Barnes, Andrew Bogut, and Draymond Green, shot a combined 16-for-28 from the floor, good for 57 percent. Love simply cannot muscle up down low with the bigs, while asking him to chase the Warriors shooters would be an obvious fools’ errand. As most expected, the question of “Who does Kevin Love guard?” appears to have no easy answer.

Indeed, you don’t have to have a savant-level understand of basketball, like James, to identify where things went wrong for Cleveland in Game 1. This game turned on the reserves, with the Warriors outscoring Cleveland’s bench by a 45-10 margin. It’s worth taking a moment to absorb just what a change that is from last year’s Finals. In 2015, the Warriors’ bench averaged just over 25 points per game in the entire series.

This time around, at least in Game 1, the Cavs’ strategy was clear: Throw the kitchen sink at Steph Curry and Klay Thompson. Cleveland seemed determined to make someone other than the Splash Brothers beat them and sure enough, the Golden State bench was up to the challenge. Whether Tyronn Lue adjusts defensively, and whether the Warriors second string can continue to hold up their end of the bargain, will be fascinating storylines to watch unfold.

Ok, maybe we’re cheating a bit here. As you may remember one year ago, Andre Iguodala was a rather unlikely NBA Finals MVP, given his place in a series that also featured Steph Curry and LeBron James. On Thursday night, well, Iggy was a critical piece once again, scoring 12 points on an efficient 5-of-9 from the floor, adding seven rebounds and six assists, and playing his trademark versatile defense, hounding the Cavs whenever he was on the floor.

Perhaps the best summation of Iguodala’s performance was the fact that he managed a +21 while on the floor for Golden State, the best mark on the team.

So sure, this isn’t really a change, per se, except that in 2015, Iguodala was something of a secret weapon, with head coach Steve Kerr inserting him into the starting lineup after falling behind in the series two games to one. Suddenly, the veteran who was expected to play only a supporting role was unleashing death-ball fury on Cleveland right from the start, and before you knew it, his name was alongside Bird, Magic, and MJ as Finals MVP.

Suffice it to say that after Game 1, a Warriors’ win without a sensational performance from the team’s stars, that award is very much up for grabs again. The more things change, the more they stay the same.