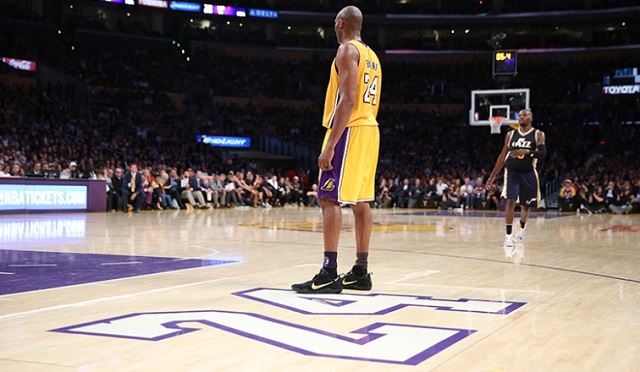 Kobe Bryant’s final NBA game was quite the hyped up regular-season event, with ticket prices that were through the roof, and anticipation that had been building all season long.

The game lived up to the hype. Kobe Bryant went for 60 points, and the Lakers were able to get a close victory in Bryant’s final game. Prior to the game, the staff at Staples Center added a “24” and an “8” to the floor in honor of Bryant. After the game, Kobe signed the two numbers, and they were auctioned off. 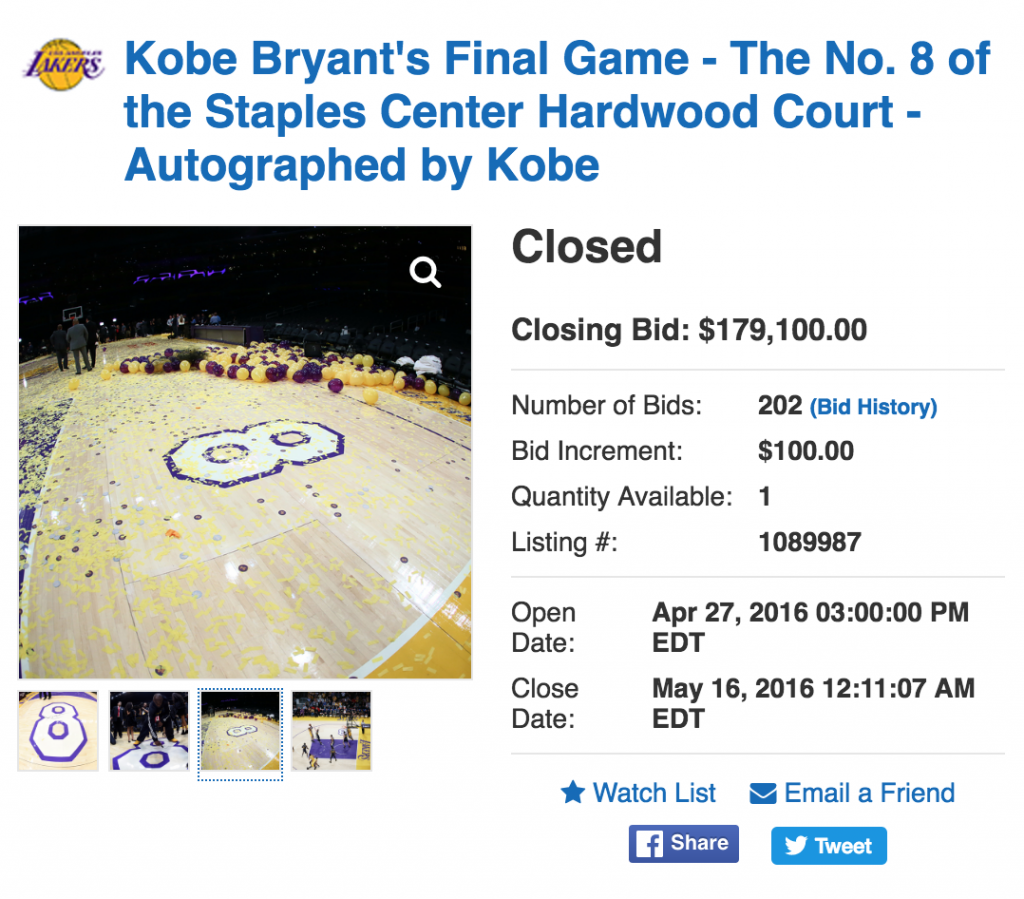 According to the listing, the proceeds from the auction will benefit the Los Angeles Lakers Youth Foundation:

The Los Angeles Lakers Youth Foundation is a registered 501(c)3 organization and the official team charity of the Los Angeles Lakers. The Foundation’s mission is to help underserved youth develop their potential by providing positive experiences and resources in education, health and wellness, and sports. The Foundation also awards grants to other charities that support youth through direct services and programs in these areas.

Hopefully the person who purchased this puts it to good use. If they have a basketball court at their home, that might be a good starting point. Others could be in the kitchen, living room, or maybe a home theatre.

No matter what, that’s one heck of a piece of memorabilia.