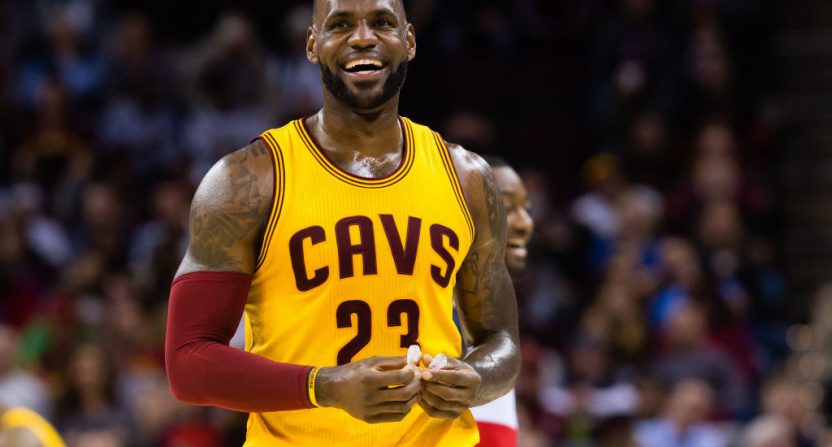 Gotta love the NBA offseason. No professional league generates more summertime buzz without meaningful games actually being played. During this time of year, the transaction is king.

What causes the most hemming and hawing in a salary cap sport? Of course, it’s player salaries. J.J. Redick gets a one-year deal for $23 million. Stephen Curry agrees to what was then the NBA’s richest contract at $201 million over five years. He was soon eclipsed when the Houston Rockets inked James Harden to an astronomical four-year extension worth $228 million.

The 2X NBA most valuable player is underpaid no longer:https://t.co/KRrHdA9m97

In our capitalistic society, you are worth whatever someone is willing to pay you. This is the system labor and management agreed upon in the last collective bargaining agreement. It shouldn’t stop there. Eventually, there may be a system when players can recognize their true worth. As enormous as these salaries are, the hard salary cap limits what stars can make. Some stars – LeBron James, Kevin Durant – are underpaid because of it. Perhaps someday, players will receive more than just cash. They’ll receive an ownership stake.

The current salaries are, of course, merely a reflection of the NBA’s health. The league is in great financial shape. Always be skeptical when you see stories about teams losing money. That’s not the complete picture. According to Forbes, the Cleveland Cavaliers’ pursuit of the 2016 championship resulted in losing $40 million. That might be true, but it doesn’t take appreciation into account. Dan Gilbert bought the Cavaliers in 2005 for $375 million. The franchise is now worth $1.2 billion. So, yes Cleveland might have lost money in any given year, such as 2015-16. But if Gilbert sells the team, he will profit handsomely.

What has happened since Gilbert bought the team? Well, James left Cleveland, came back and won the team’s first title. Gilbert has reaped the benefits and has been compensated financially. But who has made the biggest impact? It’s not the guy who signs the checks. It’s LeBron, the person who has changed the power dynamic in sports. Cavaliers coach Tyronn Lue isn’t James’ boss. Lue works for LeBron. Whoever becomes Cleveland’s general manager will be working in concert with LeBron.

Gilbert and LeBron is more a partnership than a traditional owner/employee relationship. Given that information, isn’t it time that LeBron and a few select players be treated as partners? When will an active NBA player reach the final frontier and have an ownership stake? Money is one thing. Power is another. Right now, the rules don’t allow for such a relationship to exist. There are salary cap ramifications and conflict of interest issues. But someday in the future, the framework could exist in the CBA that will give players the ability to invest in the teams they play for.

It’s not that inconceivable. There are a number of former NBA players who have ownership stakes: guys like Michael Jordan (Charlotte Hornets), Magic Johnson (L.A. Dodgers), and Shaquille O’Neal (Sacramento Kings). However, being an owner while being an active player in any sport is rarefied air. According to NBA rules, no player may acquire or hold a direct or indirect interest in the ownership of any NBA team. It is seen as a salary cap violation.

When Johnson came out of retirement in 1995, he had to surrender his ownership stake in the Lakers, but was able to reacquire it after he retired again. But being both an active player and owner is not unprecedented. It has already happened in other sports. In the NFL, George Halas was a player/owner for the Chicago Bears in the 1920s. For a modern example, look to the NHL. Mario Lemieux became a player/owner when he came out of retirement in the 2000s.

LeBron James has repeatedly expressed a desire to be an NBA owner. He already has a soccer ownership stake in the English Premier League’s Liverpool FC.

James, 32, shouldn’t have to wait until retirement due to NBA rules. He is the most powerful athlete in sports. There should be a special exemption made for him and athletes of similar caliber. The NBA is – by far – the most progressive of American sports leagues. A CBA in the future could offer a precious few athletes a choice of not only a supermax contract, but a minority ownership stake as well.

There could also be a benefit for owners.

To do this, the NBA may have to rethink/abolish the hard salary cap. The current system was designed to create competitiveness, but has done the exact opposite. The chasm between the haves and the have-nots in the NBA has never been greater, It’s not enough to entice players with money. LeBron James and Chris Bosh left for Miami. Kevin Durant went to Golden State. Gordon Hayward is now with Boston. Chris Paul joined Harden in Houston and Carmelo Anthony may soon follow.

But what if there was another way to convince players that it’s in their best interest to stay? Let’s take Oklahoma City, for example. It has already lost Durant and is in danger of losing MVP Russell Westbrook . But what if the Thunder could offer Westbrook not only the most money, but also an ownership stake? That might be enough to convince him to remain.

As an owner, Westbrook would have a vested interest in the health of the team. He wouldn’t just be an employee. He would be able to have a larger say in decision-making and possibly some roster control. That’s real power. That’s something another team couldn’t offer.

The devil will be in the details. There are several questions that would need to be answered: Which players could qualify for an ownership stake? What happens to their stake if they get traded? What kind of information would they be privy to at league meetings?

A lot of questions. No easy answers. But the time has come. Give LeBron and the rest of the league’s elite players more power. They’ve earned it.

1 thought on “What if an active NBA player was also an owner?”