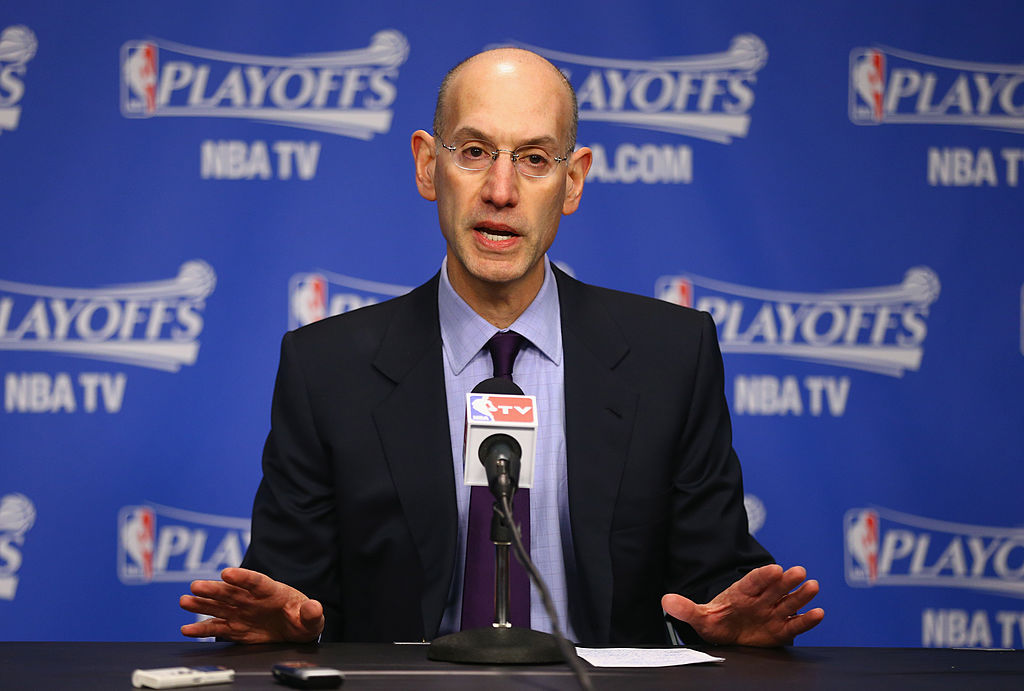 It’s pretty obvious at this point that there won’t be much in the way of live pro sports in the U.S. for several months thanks to the COVID-19 coronavirus pandemic, but it’s still notable to hear a league commissioner say that they won’t even be able to decide on how or if they’ll resume the current season until May. That’s what NBA commissioner Adam Silver said Monday night in an interview with Turner Sports’ Ernie Johnson as part of Johnson’s new #NBATogether talk show (streaming live on the @NBA Twitter account Monday and Wednesday nights). Here’s more on Silver’s comments from Tim Bontemps of ESPN:

Adam Silver says he's told his people with the NBA that there will be no way to have a real answer about where things are headed in terms of starting the season again until, at a minimum, May 1.

Silver says that the NBA has "looked a lot at" playing games without fans. Says that the health and safety of everyone in the NBA is paramount in anything that the league does.

While certain sports events farther out than May have already been canceled or postponed, including golf’s The Open Championship and tennis’ Wimbledon, the major U.S. pro sports haven’t announced many specific moves or deadlines yet. So that makes it notable to have Silver on the record that his league doesn’t think they’ll even have the necessary information to decide on what’s next until May. (And a decision itself may take even longer; Silver cites May 1 as a minimum, and is referencing that date as when they might have an answer about where things are going, not when they’ll have a full plan finished on what comes next.)

Part of the challenge with reopening any of the big U.S. team sports is that they have games played all across the country (and in the cases of the NBA, NHL and MLB, in Canada as well). So there’s a lot of local jurisdictional issues to navigate, as many states, provinces and cities are handing out their own restrictions at this point. For example, Toronto has banned all public events requiring a city permit through June 30 (that doesn’t specifically apply to sports, but it’s going to be harder to start sports up there if other public events are still banned), as has Calgary (with their move specifically affecting professional sports). And while U.S. president Donald Trump has talked about how he wants to see fans back in stadiums in August and September, California governor Gavin Newsom said Saturday “I’m not anticipating that happening in this state.”

Thus, any league that wants to resume as normal will have to make sure the date they pick to do so will work for the various cities, states, and provinces they play in. And even the idea of holding the whole postseason in one neutral city, like Las Vegas, carries a lot of challenges, such as making sure that all the players, coaches, and support staff involved don’t have COVID-19. So there are clearly plenty of hurdles that will go into figuring out how to resume a season (or even just move on to the next one), and a lot of the necessary information on where things will be in a while isn’t known yet. Silver’s comments here aren’t really surprising considering how much is still unknown, but it’s certainly notable to have him on the record saying that no decision on season resumption will be made until May.