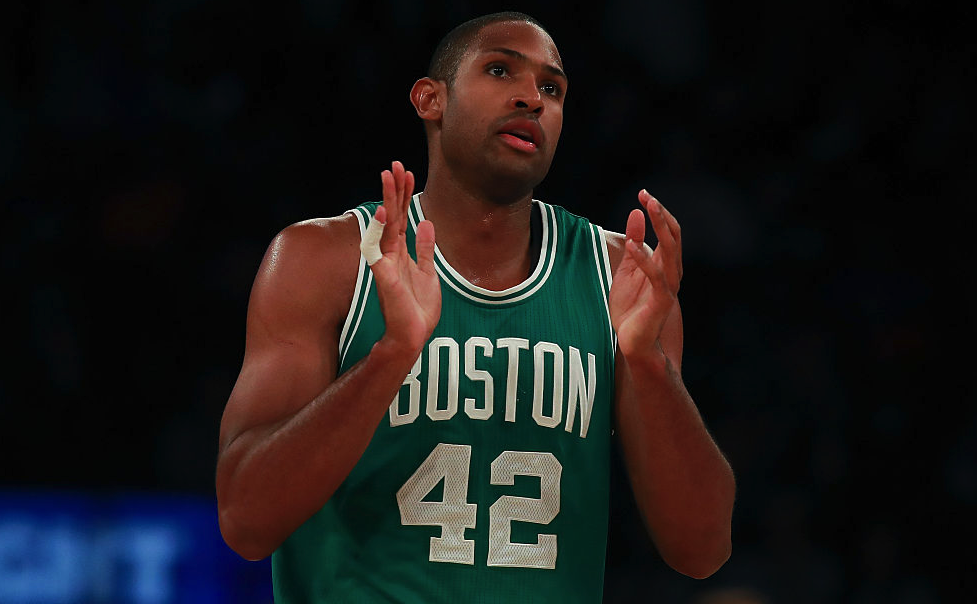 On a fall Friday in Manhattan, Al Horford practiced jump shots on a side court during the Boston Celtics’ midday practice. You wouldn’t be able to tell by his understated manner, but Horford is Boston’s biggest free agent signing in recent memory. He’s centerpiece of a well-executed offseason plan which catapulted the Celtics from ascendant playoff team to Eastern Conference contender.

The four-year, $113 million deal Horford signed on the first Saturday in July represented a turning point for the franchise, a club fully rebuilt from its Paul Pierce-Kevin Garnett-Ray Allen era and finally repositioned among the league’s elite teams. A well-coached Celtics team surprised many — including maybe even themselves — with a fast-paced, turnover-creating (second most turnovers forced per game, 16.4), young and balanced team that won 48 games in 2015-2016.

Adding Horford, a 30-year-old, four-time All-Star in the prime of his career, will likely push the Celtics beyond 50 wins for the first time since the 2010-2011 season.

“We had a good team last year, but in prioritizing what we wanted to add to our team, he was a guy we really wanted to add because of the great fit with our system and how we play,” Stevens told The Comeback, “and that’s shown itself already.”

Horford now has a training camp and a preseason under his belt, and three-and-a-half months since his big move, so he can better assess the choice he’s made.

“It’s been the right decision for me,” Horford told The Comeback. “The more and more I play together with this group, the more comfortable I get. I feel good about what we’re building.”

What Boston is building around now consists of Horford, two key trade acquisitions and a whole host of young draft picks.

Isaiah Thomas — acquired along with rotation forward Jonas Jerebko, in February 2015 for Tayshaun Prince, Marcus Thornton and a first-round pick — is a 27-year-old, 5-foot-9 lefty lightning bolt of a point guard. He averaged over 22 points and six assists per game last season in his first full season with the team, reaching the All-Star Game for the first time. Twenty-six-year-old forward Jae Crowder, acquired in the blockbuster 2014 trade that sent Rajon Rondo to Dallas, averaged over 14 points and five rebounds last season and finished just outside the league’s top 20 in defensive rating.

Avery Bradley doing what he does best: pic.twitter.com/SWky5rKFFe

Then there’s the slew of younger players drafted by general manager Danny Ainge, who was in attendance during Friday’s practice, cheering on the rising squad he’s dutifully assembled.

Starting shooting guard Avery Bradley averaged a career-high in scoring (15.2 points per game) and steals in his sixth NBA season. Guard Marcus Smart, the sixth overall pick in 2014, brings strong perimeter defense to Stevens’ rotation. And then there’s Jaylen Brown, the third overall pick in June’s draft — one of the picks obtained from Brooklyn for Pierce and Garnett— hitting some tough practice jumpers over outstretched defenders, drawing oohs and ahhs from some of his veteran teammates.

Horford was not only brought in for his talents on the court, but what he can bring to some of his younger teammates off it.

“With a guy that’s accomplished what he’s accomplished as a winner the last 11 years, it really has a huge impact on the daily approach of everybody,” Stevens said. “One of the reasons we targeted him was for the impact on younger players.”

But even some of the more experienced Celtics can respect and appreciate all Horford has accomplished, and know what he can bring to an NBA locker room.

“Definitely when he speaks up, everybody listens,” Celtics forward Amir Johnson told The Comeback.

Stevens was effusive in his praise for his prized power forward.

“There’s not a person who’s ever been around him that doesn’t say great things about him, from former coaches to people who’s played with him,” Stevens said. “Everybody respects him anyway for what he’s accomplished, but it makes it even better when you’ve got a guy who’s done all that but still doesn’t look at himself any different. He really comes to work every day and tries to fit in.”

And that, Stevens said, has a contagious effect on the rest of the team, players and coaches young and old alike.

Boston was on an off day in between two preseason road games against the Nets and Knicks, so Stevens took it relatively easy on his team, which seemed upbeat in practice. While younger players were having a more coordinated halfcourt five-on-five on one side of the court, some of the more experienced guys were having little one-on-one possessions that Thomas animatedly participated in. A sense of optimism filled the room, even though the team must have been a bit fatigued during the dog days of the preseason.

“I feel like with where I’m at now and what we have here with the group of guys that we have,” Horford said after he finished his extra shooting work on the side, “I feel like we have a chance to be a really good team.”

In his low key, understated way, Horford knows that his addition gives Boston a chance to finally be a contender for the first time in several years.