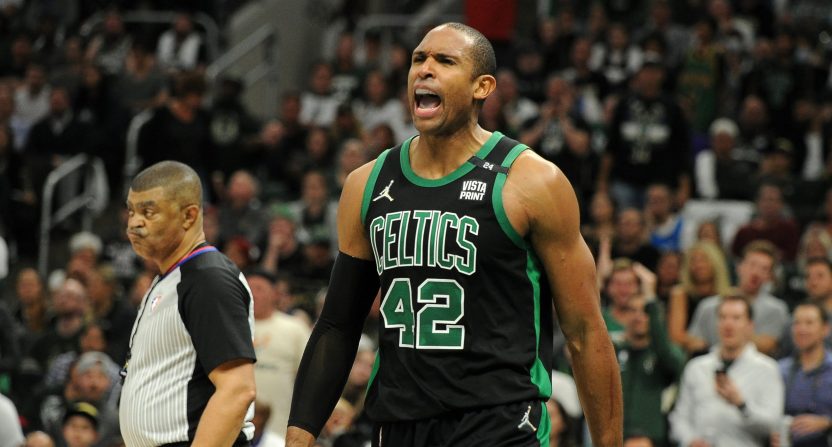 For the first three quarters, the Milwaukee Bucks were staying ahead of the Boston Celtics in Game 4 of their playoff series. Unfortunately for the Bucks, there are four quarters and the Celtics rallied to a 116-108 win to even the series at two apiece.

While the Celtics enjoyed the fruits of their labor in the fourth quarter, someone close to the team noticed that the turning point happened just after the start of the second half. Anna Horford, Al Horford’s sister, noted a look that Al gave that showed her Al and the Celtics were going to come back with a vengeance.

This is where the Bucks f*cked up 😂 I know that look… He was pissed.
pic.twitter.com/rYFn45zb61

This happened after Giannis Antetokounmpo put down a one-handed dunk on Horford that resulted in a technical foul on Giannis. Horford apparently didn’t appreciate what took place and if there’s one person who would know, it would be a family member who grew up with him.

Horford took charge after that, scoring 19 of his 30 points in the second half. Along with Jayson Tatum’s 30 points, the Celtics cruised to victory. Horford even made sure to give payback to Giannis by dunking on him and getting the foul.

OH MY! Al Horford with a nasty dunk on Giannis Antetokounmpo pic.twitter.com/FNzA1mmZK0

Sometimes, great sporting performances can manifest from pure anger. That was how Horford was able to unlock an additional gear and turn into the NBA’s version of The Incredible Hulk. It might we worth it for the Bucks to not make Al Horford angry because they’ve already seen that once and it didn’t work out too well for them.