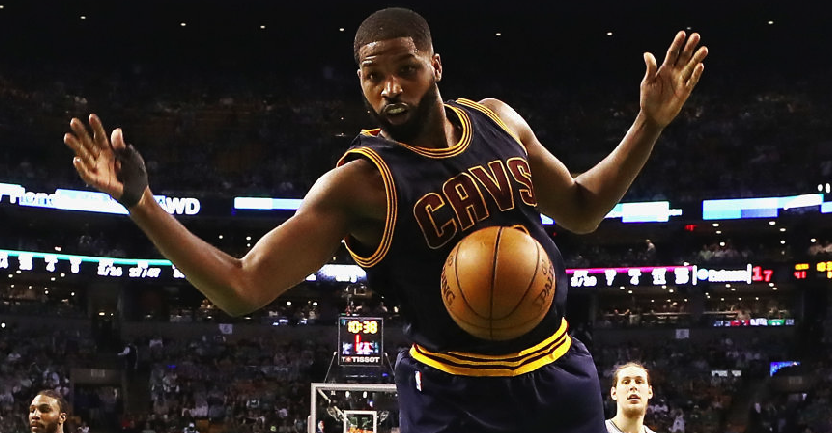 With the Cleveland Cavaliers and Golden State Warriors appearing destined to meet in the NBA Finals for a third straight season — some are already calling it the threematch — many people are calling the NBA Playoffs, specifically this year’s postseason, anti-climactic, predictable and just plain boring.

ESPN analyst Marc Stein went so far as saying this year is turning out to be historic for the league, and not in a flattering way.

We repeat: Finals gonna have to be GREAT to prevent 2016-17 from being remembered as the first NBA regular season better than the playoffs

For someone who’s been reporting on the league for as long as Stein has, that’s a pretty damning statement. Is he right?

From the beginning of what was an awesome regular season, many pundits, analysts and prognosticators believed that a Cavs-Warriors Finals was almost pre-ordained. But that didn’t mean the rest of the league stood still and stagnant over the 82-game march to the playoffs.

Russell Westbrook’s assault on the record books, putting up the most triple-doubles and averaging a triple-double, and fueling the ongoing MVP debate with James Harden was incredible. Isaiah Thomas and John Wall posted career years, adding star power to a budding Celtics-Wizards rivalry. DeMarcus Cousins, one of the league’s top players, was finally traded from Sacramento to New Orleans to pair with top big man Anthony Davis. Kawhi Leonard emerged as the best two-way player in the league, helping the Spurs continue to thrive after Tim Duncan’s retirement. International stars like Giannis Antetokounmpo and Nikola Jokic continued to improve and amaze.

To succinctly encapsulate how many exciting and gripping storylines there were during the 2016-17 regular season would be impossible. The NBA had so much momentum and popularity going into the playoffs, but the historic dominance of Cleveland and Golden State this postseason has seemingly caused the NBA Playoffs to lose some of the appeal it’s had in previous years.

With the Cavs’ easy win in Game 1 over Boston in the Eastern Conference Finals on Wednesday, Cleveland and Golden State are now a combined 19-0 this postseason. It’s the first time in playoff history where two teams have started out at least 9-0 in the same season, per ESPN Stats & Info.

Cleveland had a tense first-round sweep over Indiana, notably coming back from a 26-point deficit to beat the Pacers in Game 3, the biggest second-half comeback in playoff history. That gave the Cavs ample rest to easily sweep the offensively challenged Raptors in the conference semis. With Boston coming off a seven-game slugfest with Washington in the second round, the Cavs have a notable rest advantage once again in the conference finals.

After a relatively easy first-round series against Portland ended with a sweep, Golden State enjoyed a sizable rest advantage in the second round against Utah, which won a seven-game war of attrition in the first round against the Clippers. The Warriors had some close calls, but swept the Jazz and had extra rest to face the Spurs, who won a hard-fought six-game series against the Rockets. After Kawhi Leonard’s controversial ankle injury in Game 1 — when Golden State staged the largest conference finals comeback in 15 years — kept him out for Game 2 and possibly beyond, a highly anticipated series will likely be a cakewalk for the Warriors.

While all these short series could be perceived as boring, a period of time dominated by two teams or one rivalry has been generally glorified in retrospect. For instance, we now look back at the Celtics-Lakers rivalry in the 1980s with almost sacred reverence. Though most of the Finals games in those days were shown on tape delay, did people call the playoffs in those years boring? Were we not mystified by the Jordan-era Bulls teams in the ’90s, or the Shaq-Kobe Lakers teams of the aughts, even though they combined for a trio of three-peats?

Perhaps the Jazz, Sonics, Suns, Blazers, Lakers, Knicks, Pacers and Magic teams were viewed as greater threats to Jordan’s reign than the Spurs, Rockets, Thunder, Raptors, Pacers and Celtics have been during this three-year stretch of dominance by the Cavs and Warriors.

But going back to Stein’s initial tweet, he said that the Finals need to be great for this postseason to avoid being remembered as boring. There’s a decent chance that a third straight Finals between Cleveland and Golden State will make people forget that the path leading up to the Finals hasn’t yet lived up to the hype. After the seven-game classic last season, another championship series for the ages definitely wouldn’t be shocking or surprising.

The 2017 NBA Playoffs may not have been as great as expected so far, but be patient. With a Cavs-Warriors threematch on the horizon, the best this postseason — and this league — has to offer is undoubtedly yet to come.

2 thoughts on “Are the 2017 NBA Playoffs really the most boring ever?”