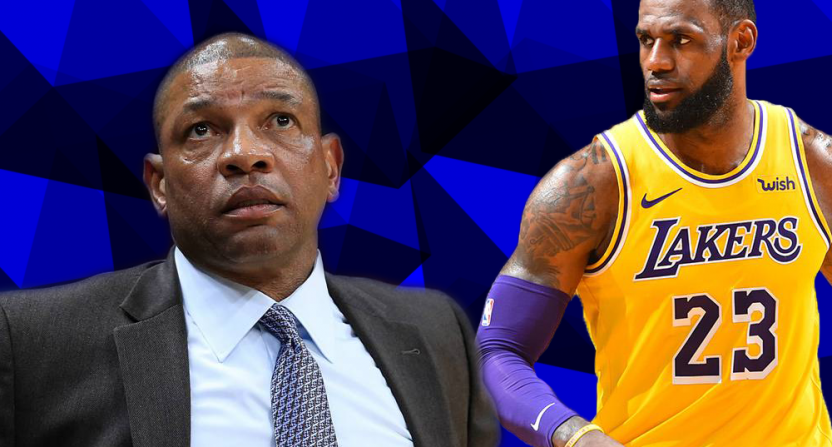 The Lakers take up a big portion of the spotlight over the Clippers in L.A. It’s easy to see why. Historically, the Lakers have accomplished way more as a franchise and right now, they’ve got the best basketball player in the planet on their roster in LeBron James. Even with the Lakers getting the most airplay in Los Angeles, the Clippers have been the better team. It begs the question, are the Clippers better positioned for success?

In the short-term, I’d lean towards the Lakers over the Clippers – but it’s closer than it has any right to be.

This season, the Clippers (31-26) are 2.5 games ahead of the Lakers (28-28) and sit eighth, the final playoff spot in the Western Conference. The Clippers are a hard-working group without a true superstar. It has been the contributions of small forward Tobias Harris, shooting guard Lou Williams, a healthy Danilo Gallinari, Rookie of the Year candidate Shai Gilgeous-Alexander and most-improved candidate Montrezl Harrell leading the way. Well-coached by Doc Rivers, the Clippers are not trying to be a team they’re not. They’re quasi-rebuilding and haven’t let winning games get in the way of their future. It’s why Harris, Mike Muscala and Avery Bradley were traded at the deadline. Despite the trades, the Clippers maintained a depth-filled, talented roster.

Meanwhile, the Lakers are taking the opposite approach. They’re trying to win now even with an undermanned roster behind James. Team president Magic Johnson tried and failed to pry superstar Anthony Davis from New Orleans to give LeBron a much-needed MVP-type player to play alongside. The Lakers roster is unreliable outside James and forward Kyle Kuzma. It’s an odd mix of young talent and strong personality off-the-bench veterans. Coach Luke Walton has had a tough time making the pieces fit. Without LeBron, the team is uninspired. He missed 18 games from late December to early February where the Lakers looked like a lottery team, winning just six games.

It’s hard to bet against LeBron – especially in the playoffs – which is why I’d nudge towards the Lakers being better positioned for success in the playoffs this season. The Clippers sold off their best player and could still make the playoffs and (hypothetically) beat the Lakers in a seven-game series thanks to their depth. It shows president Lawrence Frank and GM Michael Winger have done an excellent job assembling talent to make a competitive team even while selling at the deadline.

Long-term, the Clippers are setting themselves up much better than the Lakers.

By knowing they weren’t likely to compete for a championship this year, the Clippers stayed on course and brought in four picks in the Harris trade, including a 2020 protected pick from Philly and an intriguing 2021 unprotected pick from Miami. Should the Clippers fall out of playoff contention, they’ll keep their 2019 first-round pick which is owed to Boston but lottery protected. It also doesn’t hurt they also brought in sharpshooter rookie Landry Shamet.

In an equally important deal, the Clippers traded guard Avery Bradley in a package for the expiring contracts of guard Garrett Temple and forward JaMychal Green. The move not only added depth but cleared $2 million in cap space next season. The Clippers will have space to sign a max contract – they’ve long been interested in Kawhi Leonard – and have enough assets to try to swing a huge trade if they’d like. If they can deal Gallinari this summer, then Williams would be the team’s highest paid player at just $8 million. It’s the type of financial flexibility most teams would love. There’s a scenario where the Clippers could bring in two superstars on a max deal, keep their draft picks, and leave their current core mostly untouched.

Bradley has $2M guaranteed next season, so the Clippers have acquired two good players who can help them this season and opened up a bit more cap space (as both are expiring). https://t.co/yMzpfjhivq

The Lakers have $40 million coming off the books, but their long-term future isn’t as flexible. Los Angeles is essentially in “superstar or bust” mode. With LeBron sticking around, the Lakers need someone to pair with him and are positioned to add another big contract. That’s going to come at the expense of dealing Kuzma, point guard Lonzo Ball and whoever else, or it’s going to (likely) be another max contract. Los Angeles would be in much better shape if they’d chosen Kings point guard D’Aaron Fox or Celtics forward Jayson Tatum instead of Ball. Teams aren’t lining up to take on Ball or Ingram. Although, players will take less to play with LeBron.

The Lakers at best are setting themselves up for a low playoff seed. Worst case scenario, they could miss the playoffs entirely. The Clippers, meanwhile, would be fine missing the playoffs. It’d be a bonus to make it, but it’s not about this season for the team. Making the right trades, keeping their core intact and having the financial space for big moves going forward is how a successful team should operate. Even by selling at the trade deadline, they still might finish ahead of the Lakers. Ultimately, they’re better positioned for success. The Lakers have James, so they can’t be counted out. But, the Clippers are on the right path.