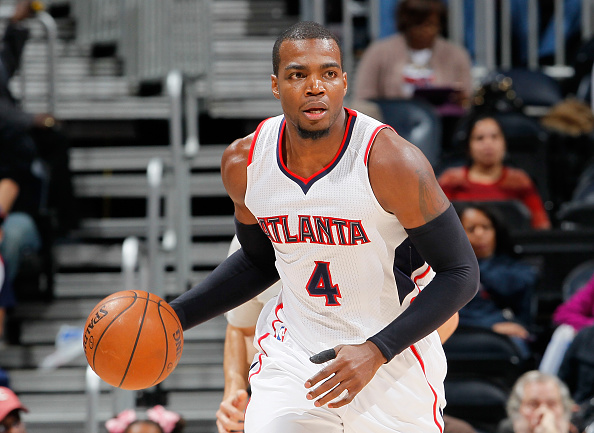 The Atlanta Hawks have made a decision regarding a possible Paul Millsap trade, at least for now.

The Atlanta Hawks have been in a state of uncertainty during the past few weeks. Despite sitting firmly in a playoff position in the Eastern Conference (currently holding the No. 4 seed), Atlanta has contemplated tearing the roster down and starting anew. This version of the Hawks isn’t the 2014-15 selfless 60-win team featuring the now-departed Al Horford, Jeff Teague, and DeMarre Carroll.

Instead, they’re a fringe contender with not enough talent to chase Cleveland. It appeared the Hawks recognized their long-term predicament this week, making pending free agent Millsap available and dealing long-time guard Kyle Korver to the Cavaliers, the team they’re supposedly trying to dethrone.

But that was then and this is now. Atlanta reversed course this week and isn’t open for business, pulling Millsap off the trade market. So what gives?

Winning seven games in a row changed how the organization viewed its chances. The run put the Hawks at 22-16. But the Hawks are riding a +0.1 point differential and are the lowest scoring top-eight team in the Eastern Conference, averaging 102.7 points per game. Atlanta also has the best opponent point per game at 102.6, so they live and die on defensive performance.

The streak is somewhat of a mirage as well. Not to discredit winning seven straight, but most of the Hawks’ wins came against teams they should’ve beaten: the Knicks, Pistons, Magic, Pelicans, Mavs, and Nets are all under .500. Atlanta managed to pull off an overtime win against a loaded Spurs squad, but it doesn’t undercut the fact the Hawks are winning when they should, not exactly beating good teams.

The Hawks view themselves as contenders. The decision to put Millsap on the trade market, then pull him comes on the heels of the streak. With its run of success, Atlanta has climbed up to fourth in the East, sitting a game back of the Celtics. Trading Millsap would surely erode any chances the Hawks have of competing.

So why trade Korver? The 35-year-old was an important veteran, but his production didn’t make him safe from getting dealt. For the second straight season, Korver has scored under 10 points per game. He’s hit just over 40 percent of his three-pointers, down from his nearly 43 percent career mark. Getting a first-round pick and Mike Dunleavy Jr., who has a similar skill set as Korver, made the deal a no-brainer — regardless of the Hawks current situation. Trading Korver was supposed to be the start of a ruthless gutting of a once impressive team, but Atlanta decided against it rather suddenly.

Millsap has now been told he’s not going to be traded. If the Hawks believe they can compete and re-sign the 31-year-old to a max contract when he hits free agency, it’s not a bad plan. But by keeping him, the Hawks run the risk of losing him for nothing — just like what happened with Horford this summer. Atlanta could get a handsome return for the power forward. Multiple playoff teams including Toronto, Boston and Washington could use an upgrade at the position and could send the Hawks a bounty of first-round picks and talented youngsters. It’s a hell of a gamble when the team hasn’t shown itself to be anything more than a middle-of-the-pack playoff contender.

The Hawks saying that they’ll keep Millsap could be noise. If they fall out of the playoff race, you can bet he’s a goner. But until that time comes, Atlanta plans to give it all for one last chance at contending for a title. It’s probably a foolish decision, but the organization’s loyalty to Millsap supersedes the long-term outlook of the club. At least for the time being.