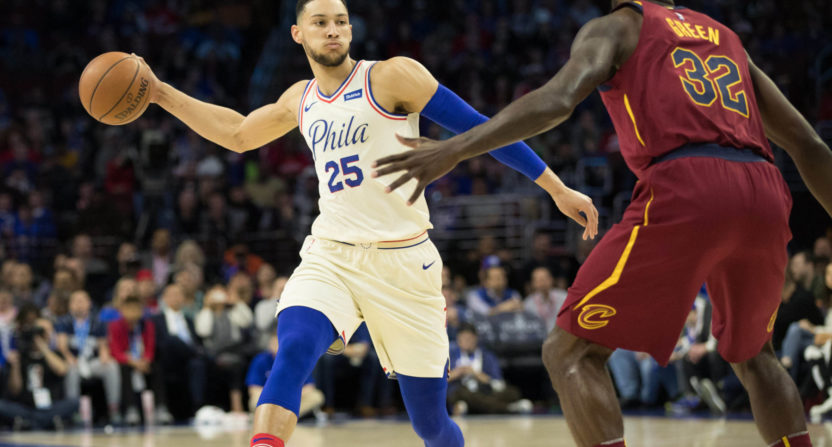 In the immediate aftermath of Ben Simmons leaving a Sixers game this week with an injury, the reports were optimistic.

Early indications on Ben Simmons are encouraging — no swelling or pain in left knee after leaving court, sources tell ESPN.

That was important news for the Sixers; any hopes they have of making a run in the East playoffs likely depend on having their best players healthy. In fact, the forced layoff this spring arguably helped them, as it gave Simmons time to heal and get on the court when he might otherwise not have been able to.

Unfortunately those early injury returns turned out to be false hope, as Woj today reported that Simmons is going to need knee surgery to remove a “loose body” in his knee.

Simmons will leave the NBA's Bubble for the procedure, and a timetable on a return is forthcoming. https://t.co/Vn7PsL3hZr

And while the playoffs are still a couple of weeks away, any surgery makes a return seem very unlikely.

While the Sixers haven't ruled Simmons out for the season, sources say it would take a deep run into the playoffs to keep the door open on the possibility of a return — and that's still an iffy proposition. For now, the Sixers need to prepare for a postseason without Simmons.

That’s a huge blow to the Sixers, who were already in a bit of a hole. Philadelphia already looked likely to end up in the 3-6 series against the Boston Celtics, who looked unbeatable in their rout of the Raptors Friday night. Losing Simmons would seem to make catching either Miami or Indiana very difficult, and they could be looking at yet another disappointingly early playoff exit.

It also means that the top three teams in the East are probably going to be able to rest a lot easier in their first round playoff matchups. Obviously the Sixers still have great players, and aren’t going to be an easy out. But there’s no question that any of those teams would rather face a Sixers team without Simmons than with him.

The NBA Bubble has been a fairly great success story so far, but one of the fears heading in was the potential for player injuries. That hasn’t come to fruition so far, really, but Simmons going down is clearly a warning sign. Hopefully it’s not the start of a wave, for obvious reasons.