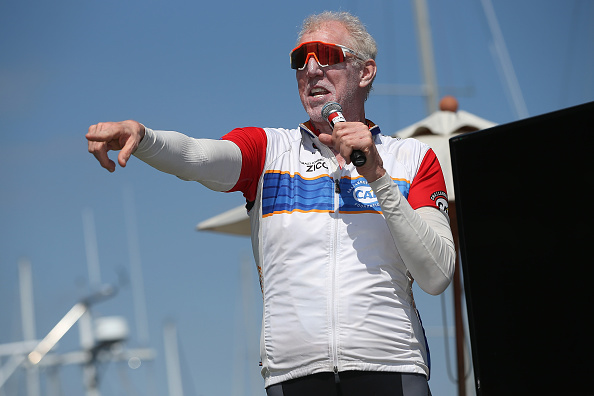 Bill Walton is an eccentric fellow. Everyone knows this. To add to his already peculiar personality, he is also a very avid biker. Not that there is anything wrong with biking, but at 6’11, he stands out in a crowd.

Monday, tragedy struck when it appeared Walton was without his beloved bike after traveling to Hawaii. He took to Twitter and pleaded to Hawaiian Airlines to return his bike after it was presumably lost in transit.

Will the people at @HawaiianAir in Honolulu please give me my bike back,

I love my bike, I need my bike" pic.twitter.com/mqijDYWaM7

It starts out simple enough, the man wants his bike back. When you have some celebrity clout, you can get these companies to respond in short order.

@BillWalton Bill, we apologize for the inconvenience. Can you send us more details in a PM?

They give a typical response and try their best to put a customer service slant on the incident.

@HawaiianAir I waited at the Maui airport yesterday for five hours and my bike never showed up. No one could tell me where it is.

Walton wasn’t having it though. The man just wants his bike. It doesn’t matter that he is trying to talk directly to a brand, he is going to do whatever he can to make it happen

@BillWalton Can you send us your email and confirmation code in a PM?

Little did Hawaiian Airlines know they were walking into one of the better burns in recent memory.

@HawaiianAir Why, are you going to email my bike?

ZING! Walton should frame this tweet because it is an absolute all-timer. Then, perhaps because of his burn and perhaps unrelated, the story came to a happy end.

My bike is back!! Things are A LOT better now. Thanks Twitter and @mauicyclery for your help. I'm off to the volcano pic.twitter.com/n8BMjAXC7s

While he doesn’t provide much information, only tagging a fellow that owns a bike shop in Maui, we can assume cosmic forces helped Walton get his wheels back. Also, the basketball announcer ends his tweet chain by noting that he is going to be biking up to a volcano. As you do.