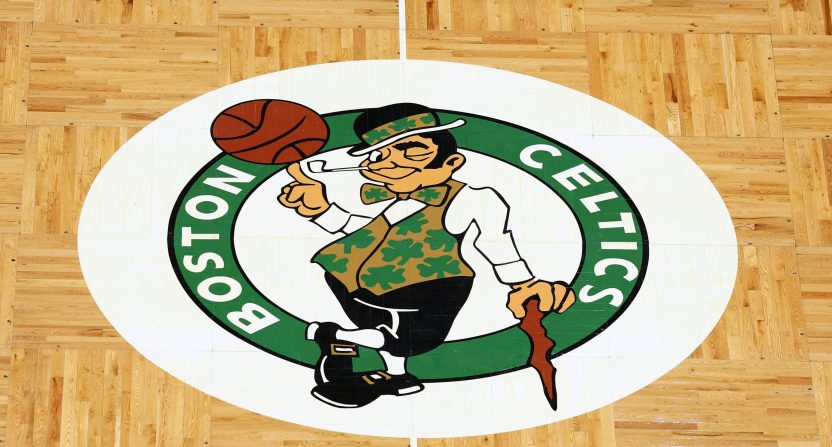 While the Boston Celtics were unable to pull off a trade for NBA megastar Kevin Durant this offseason, it looks like the team did make a pretty massive splash in free agency as the team appears to be set to add six-time NBA All-Star big man Blake Griffin.

According to NBA insider Adrian Wojnarowski of ESPN, Griffin is signing with the Celtics on a one-year, fully guaranteed deal.

Griffin spent the past two seasons with the Brooklyn Nets. Though he was not a regular starter for the team last season and played a career-low 17.1 minutes per game in addition to career lows in nearly every statistical category, he was an integral piece of the Nets’ rotation, appearing in 56 games and starting 24 of them.

While the move makes sense as it gives the Celtics much-needed size and a versatile big man, many in the NBA world did find it funny that Griffin is now quietly joining the team that eliminated the Nets in the NBA playoffs last season.

Blake Griffin is complete jokes and I wouldn’t be surprised if he throws an “if you can’t beat ‘em, join em” at Celtics media https://t.co/yGTrlTJisY

I like this deal. Enough opportunity without over tasking, could play 4/5. Makes more sense to go hybrid than purely get a big. https://t.co/svzyxVnMDW

It's a solid signing

Kind of same deal as with the Nets, if he's not shooting well on volume, his impact is kinda limited for me unless you're using him as a post-hub or primary screener https://t.co/9doed37tQi

Move has real Shaq on the Celtics vibes but love this move to add size especially with Time Lord out https://t.co/riuPcCGqRt pic.twitter.com/kc7QVVGJdy

Shoutout to Blake for waiting until no one really noticed anymore to join a team that just beat him in the playoffs to gun for a championship. https://t.co/tItsAHan2c

With the addition of Griffin, the Celtics will now try to get over the hump and win an NBA title. If they’re able to do it, they will successfully avenge last season’s NBA Finals loss to the Golden State Warriors.