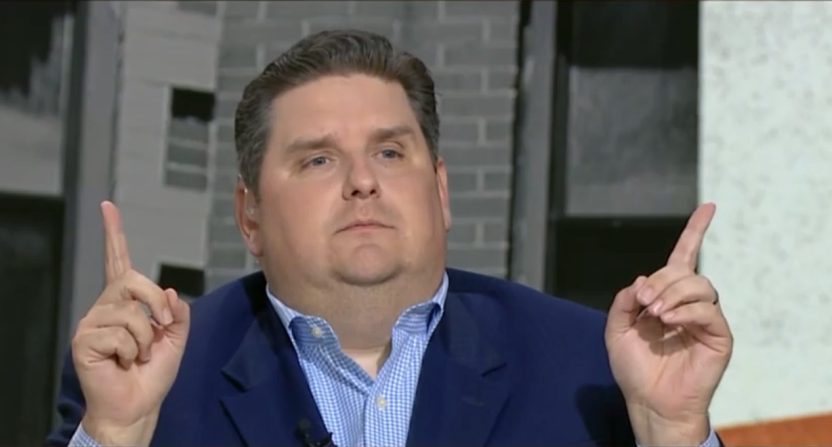 We’re still not entirely sure what ESPN’s Brian Windhorst was trying to say about the Utah Jazz on First Take on Friday, but clearly, he was onto something.

After Kevin Durant’s trade request was reported on Thursday, the Brooklyn Nets also completed a trade with the Jazz for Royce O’Neale in exchange for a 2023 first-round pick. The deal was met with some confusion by many. However, Windhorst stopped by First Take on Friday to provide a masterclass explanation that Utah was…up to something. And that something might have been the start of a roster rebuild.

Sure, Woj and Shams can break major stories, but can they do… whatever it is Brian Windhorst can do? pic.twitter.com/bsGtXi5uKU

The NBA world had a field day with Windhorst’s gestures and speaking style. However, it turns out that the NBA insider was on the money and it only took a few hours for the plan to be revealed.

The Jazz traded Rudy Gobert on Friday to the Minnesota Timberwolves as part of a deal that includes Malik Beasley, Patrick Beverley, Walker Kessler, Leandro Bolmaro, and Jarred Vanderbilt, as well as multiple first-round picks.

As soon as the deal went down, NBA folks flocked to Twitter to shower Windhorst in adulation for this very weird but very correct assumption that Utah was on the verge of making a big move. And even ESPN knew they had to pay homage to the king for this one.

you’ve made brian windhorst more powerful than you can possibly imagine, you absolute fools

Brian Windhorst. He knew. He KNEW.

Windhorst is putting up historic numbers this offseason.

While Woj and Shams might be the ones breaking all the NBA news, fans are going to be paying a little closer attention to Windhorst in the days ahead. Clearly, the guy is onto something.