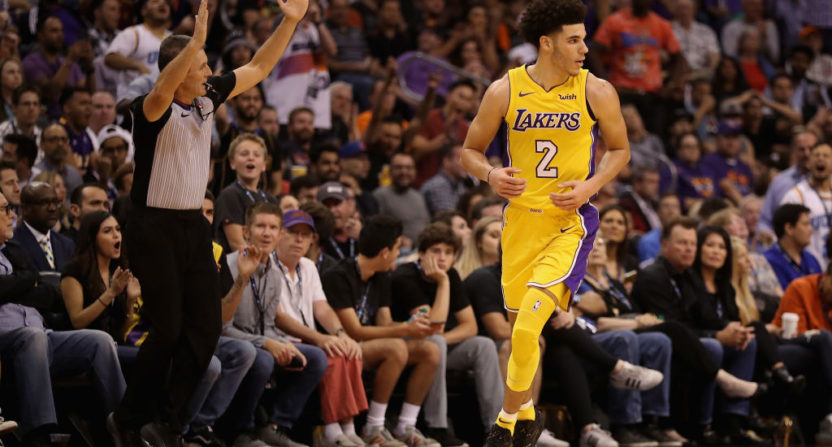 Entering play on Saturday night, Lonzo Ball had put together a *rough* month of November. Yes, rough even for a 20-year-old rookie. Ball was shooting 22.8% from the field in his five November games, and hadn’t shot at least 27% in a single game. It dragged his field goal percentage down to 29.2%, the second-worst field goal percentage for a rookie through 12 games in the shot-clock era.

Well, Ball had a highly encouraging performance on Saturday night, albeit in a 98-90 Lakers loss to the Bucks.

The point guard scored 19 points (on a very efficient 7-of-12 shooting from the field), dished out 13 assists, and 12 rebounds.

That’s a triple-double, and Ball became the youngest player in NBA history to get one (beating LeBron James by four days).

An excellent performance from the rookie, and it’s particularly impressive with how bad he’d looked recently. With Ball’s terrific passing and rebounding skills (for a point guard), these triple-doubles will likely become routine for him eventually.