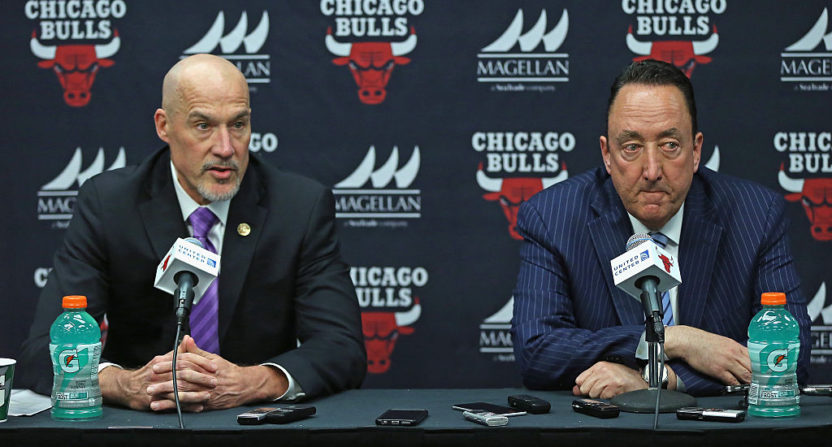 Less than a month ago, some Bulls fans started a GoFundMe to put up a billboard calling for the firing of general manager Gar Forman and VP of basketball operations John Paxson. It didn’t take long to see the fruits of their labor.

On Wednesday, their billboard debuted in the West Loop neighborhood of Chicago, about a mile away from the United Center. 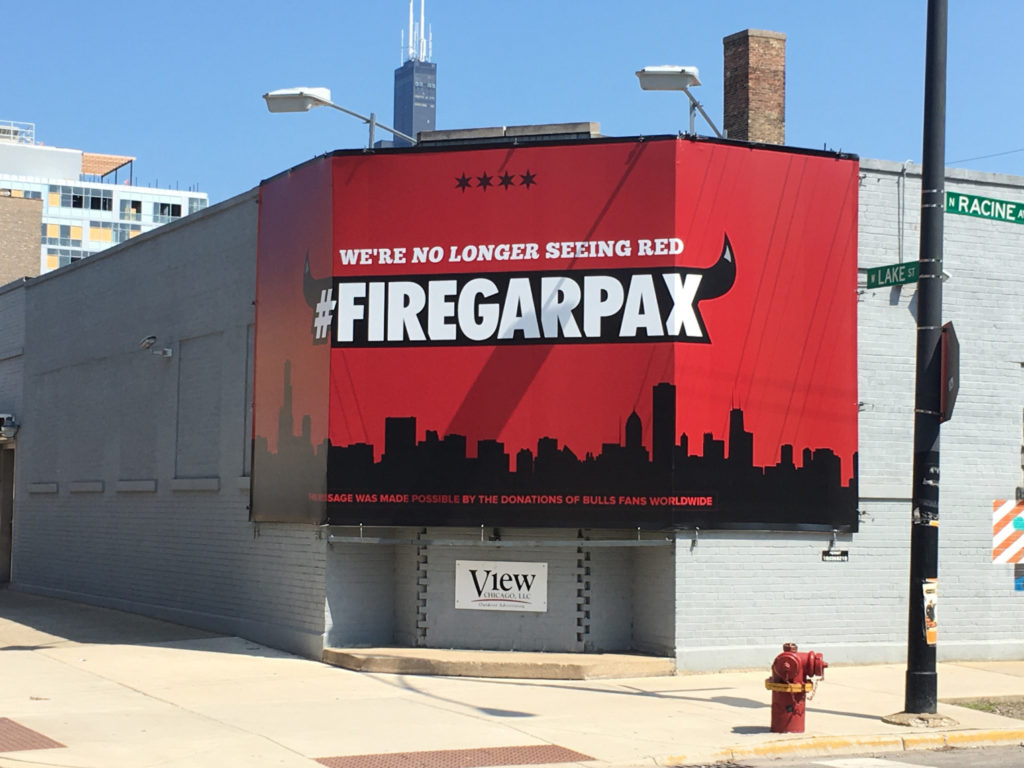 The billboard cost about $7,000, and the fundraising campaign crushed its goal by raising $8,300. Brendon Henderson, who organized the GoFundMe, told the Chicago Sun-Times some of the extra money will go toward a digital billboard near the United Center, and the rest will be donated to the Boys and Girls Club of Chicago:

“The billboard is for the community,” Henderson said. “So for excess money, I wanted to give back to the community as well.”

Bulls fans have been frustrated with the direction of the franchise for a while, and especially after trading away star two-way player Jimmy Butler for, at best, a few average starters in combo guard Zach LaVine, point guard Kris Dunn and a draft pick that became rookie power forward Lauri Markkanen. Dunn, a second-year player, struggled in his lone Summer League game before leaving due to a family issue. Markkanen had his moments defensively in Summer League but shot just 37.5 percent from two and 24 percent from three. (Three-point shooting is supposed to be his offensive specialty.)

You can’t take too much from Summer League, but disappointments like this have left fans discontent. The Bulls have more direction now than last year as they try to rebuild with a young team, but that doesn’t seem to matter much to Henderson:

Considering Dwyane Wade and LaVine will be their go-to guys this season, at least GarPax will get another lottery pick. If they’re still around.

1 thought on “Bulls fans put up #FireGarPax billboard in Chicago”