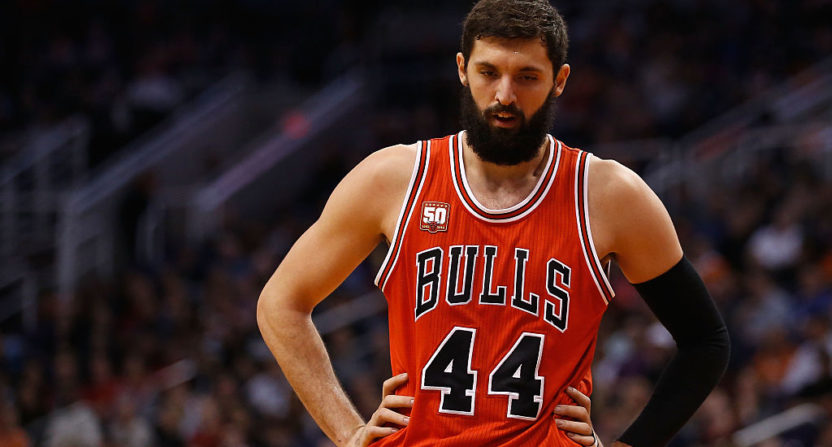 Teammates in professional sports disliking each other is not unusual. Teammates tussling in practice is not particularly unusual, either. Teammates fighting so violently that one of them winds up hospitalized? That doesn’t happen every day.

Charania’s writeup of the incident characterized Portis’ blow to Mirotic as a “cheap shot” and indicated that Mirotic will be “out for the foreseeable future.”

Per K.C. Johnson of the Chicago Tribune, Mirotic has two broken bones in his face and was evaluated for a concussion before being sent home from the hospital.

Mirotic is home after going to hospital. He has 2 broken bones in his face and was evaluated for concussion, per source. Punched by Portis.

The Portis-Mirotic incident evokes the August 2015 incident in which New York Jets quarterback Geno Smith was punched in the jaw by linebacker IK Enemkpali over a $600 debt. In that case, Enemkpali was released and Smith never recovered his starting job.

As for the Bulls, they are already a bit of a mess, in the earliest (and ugliest) stages of a rebuild and projected to be perhaps the worst team in the NBA this season. With Jimmy Butler Dwyane Wade and Taj Gibson all departing in the offseason, Chicago’s leading returning scorer headed into this season was… Nikola Mirotic. No team hopes for a violent fight between two players, but the Bulls particularly did not need this.