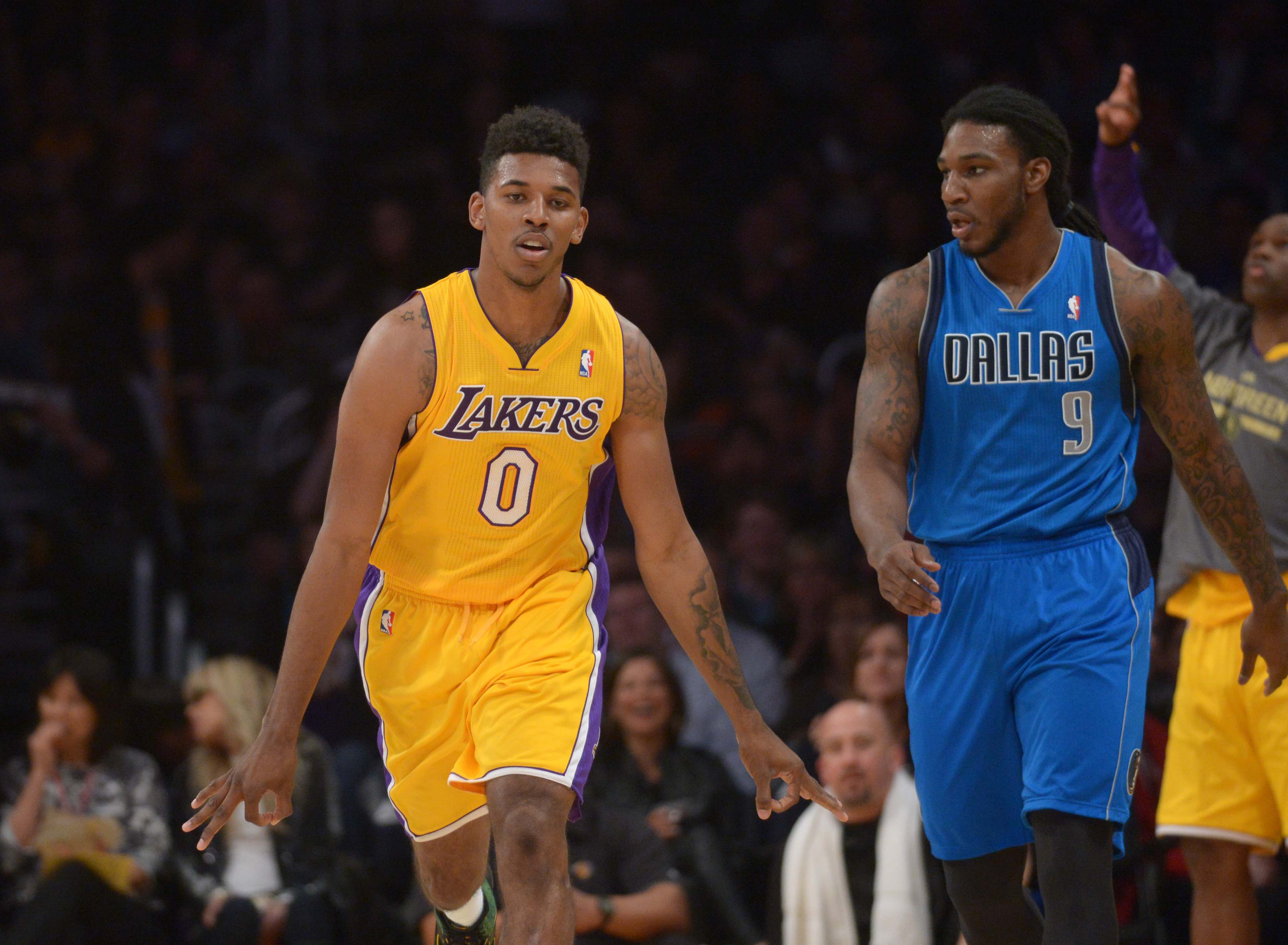 In some not-so-shocking news out of Los Angeles, Nick Young isn’t full focused on basketball at the moment, at least according to Lakers coach Byron Scott.

Days after a video taken by Young’s teammate D’Angelo Russell potentially jeopardized the forward’s engagement to rapper Iggy Azalea, Scott has placed Young on the inactive list. Via ESPN:

“It has nothing to do with the chemistry,” Scott said at practice Monday. “It has everything to do with just basketball. Right now, I know what he’s going through, and I know it’s hard on him. But he’s not here with us, mentally, and there’s no need for me to put him out there on the floor.”

It figures that if Scott were trying to bench anyone for the sake of chemistry it would be Russell, who is reportedly being shunned by teammates, but it’s a little misleading to say this decision is all about basketball. De-activating Young, who hasn’t played in the Lakers’ last 11 games, is clearly also about letting him deal with the ramifications of Russell’s video.

“I was thinking about that for the game last night — who to put on the IR — and my first thought was Metta [World Peace]. But then I said, ‘I can use Metta,'” Scott said. “It was strictly a basketball decision. It’s all based on because I know how [Young]’s feeling right now. He’s not really here with us.”

“It’s been tough,” Scott said. “This is probably the icing on the cake, as far as how tough it can be. He didn’t get off to a great start. His shooting has not been what it has been in the past. It went even a little downhill the last couple of months.

“The situation last week didn’t help. We all, as coaches, players and everybody, feel for him and understand the situation he’s in. It’s a tough situation.”

Young has been pretty awful this season, averaging a career-low 7.3 points per game while shooting only 33.9 percent from the field. The Lakers are reportedly ready to trade Young this offseason, which makes sense given that he’s an inefficient chucker who might past his prime and who is in an irreconcilable feud with a franchise cornerstone. It may not be fair that Young is suffering professionally from Russell’s mess-up (it probably is fair he’s suffering personally), but that’s how it goes.

In addition to the Russell fiasco, Young and teammate Jordan Clarkson are being investigated for harassing two women at a Hollywood intersection.

It feels unlikely that Young will be playing any more basketball this season (Scott:I don’t know yet. Things can change), so he’ll have ample opportunity to get all these off-court problems resolved.