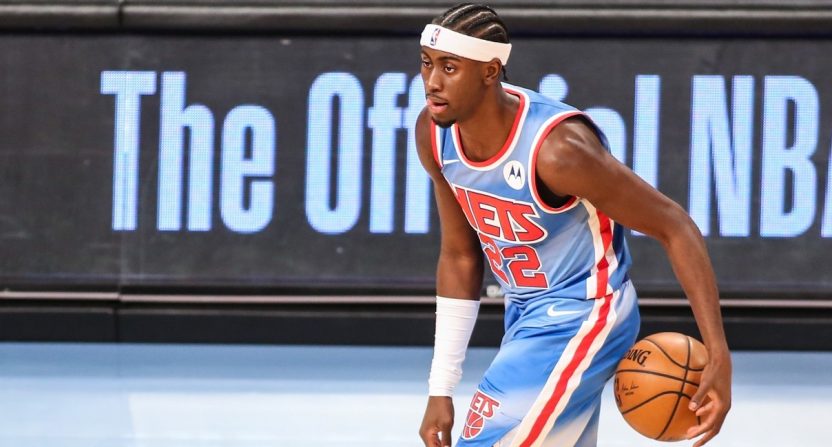 Two months after the blockbuster trade that moved him to the Indiana Pacers, guard Caris LeVert will make his debut for his new team on Saturday against the Phoenix Suns.

LeVert ended up with Indiana as part of the complicated deal which sent James Harden to the Brooklyn Nets. Originally, LeVert went to the Houston Rockets in exchange for Harden, along with four first-round picks, Dante Exum, and Rodions Kurucs. Jarrett Allen and Taurean Prince went to the Cleveland Cavaliers. Houston then dealt LeVert to the Pacers for Victor Oladipo.

But during the physical exam that’s a routine part of all professional sports trades, a small mass was discovered on LeVert’s left kidney. If not for the trade, it’s possible that the renal cell carcinoma would not have been discovered and become much more serious. The cancerous mass was soon removed from the kidney and LeVert has been recovering from that procedure since late January.

The Athletic’s Shams Charania reported last week that LeVert was getting close to a return, but the Pacers didn’t want to put a definitive timetable on that process. Obviously, team officials and LeVert feel that he’s ready to play now. He’ll join the Pacers for the second game of a three-game road trip that begins Friday against the Lakers. The game versus the Suns will be the second part of a back-to-back on the schedule.

If LeVert responds well, perhaps he’ll be available to face his former team when the Nets visit Indiana next Wednesday, March 17.

“He looks good. To me, he looks ready to play,” guard Malcolm Brogdon told the Indianapolis Star‘s J. Michael. “A complete game-changer. He changes the scouting report. Having another dynamic scorer on the floor can really help this team.”

Prior to being traded and his subsequent surgery, LeVert was averaging 18.5 points, six assists, and 4.3 rebounds in 12 games with Brooklyn. Those numbers would make him the third-leading scorer on the current Pacers roster and provide the offense with another shot-creator.

Added scoring and playmaking should help a Pacers team currently ranked 10th in the Eastern Conference (and tied for second in the Central Division) with a 16-19 record. But Indiana is essentially tied with Atlanta, Toronto, and Chicago for that No. 8 playoff seed and only 1.5 games behind the Knicks for the No. 7 spot. So any boost could make an impact.