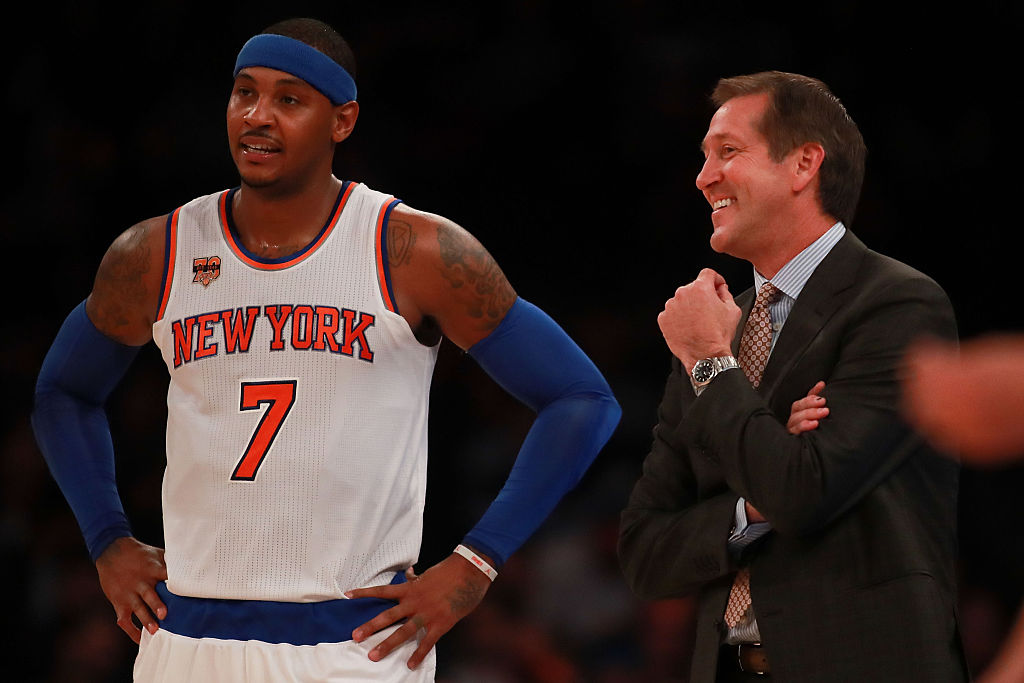 It is nearly time for the 2016-17 NBA season to get underway, and Slam Magazine has come out with its annual Top 50 player rankings. Coming in at No. 15 on that list was New York Knicks stalwart Carmelo Anthony.

Not too shabby for a 32-year-old player who has been in the league for over a decade.

Just don’t tell that to Anthony himself, as he believes he is not only ranked too low, but is also being disrespected by the magazine ranking.

“It is what it is. I take it with a grain of salt. I laugh at it. I definitely wasn’t upset about it yesterday. It was just kind of surprising. … So it’s just more of kind of letting them know, ‘You lost some credibility with me.'”

Not only did Anthony address the perceived slight to the media, he also decided to take to Instagram and get his message out to Slam directly.

He unleashed two comments on the Instagram post above — “don’t play yaself” and that “all credibility lost in my [eyes].”

Oh, and Melo tells us that he won’t be using it as motivation.

“Nah, I’m self-motivated,” Anthony said after practice Thursday. “I don’t really need something like that to motivate me. Probably somebody sitting at their desk over at Slam coming up and doing their job.”

Sure, we believe you, Melo.

Nothing says self-motivated like snipping at alleged “haters” via social media.

Maybe if Melo paid as much attention to his team as he does to what others say online, he would have that elusive championship he so badly wants.