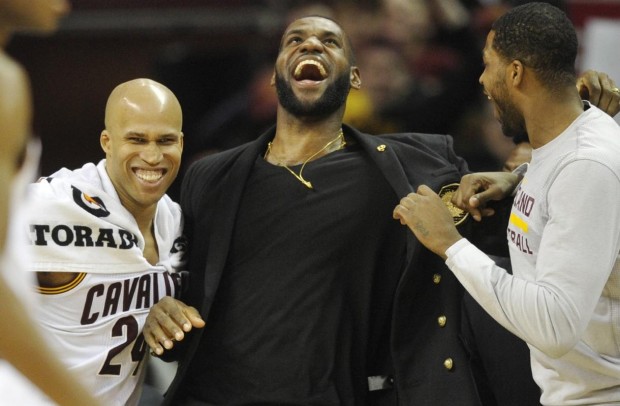 For a postseason that figured to have few possible outcomes, the 2016 NBA Playoffs have overturned conventional wisdom.

In the first round, remember, the Golden State Warriors went from favorite to underdog and back to favorite in the space of 24 hours. Then Stephen Curry got hurt a second time and their title chances once again plunged into the waters of doubt.

It seems pretty simple: Win 16 games and get the hardware. For a team that won 73 games in the regular season, that doesn’t seem like too much to ask. After losing its best player, the league’s two-time MVP, each of those 16 wins now feels like a trip to the dentist.

Curry’s injury didn’t really make people nervous until the Warriors lost Game 3 Saturday night in Portland, giving up 120 points and looking ragged on both ends of the floor. Suddenly, they didn’t look like the team that outscored Houston by 80 points in its first seven quarters without Steph. They looked like the team that took a 29-1 record into Dallas on December 30 and absorbed a 114-91 pasting.

That loss to Portland got people thinking: If the Warriors can’t do it this year, who becomes the favorite? It seems a lot of those people have arrived at the same conclusion: The 2016 NBA championship is Cleveland’s to lose.

In a way, this has always been sort of the case, right? While Golden State and San Antonio steamrolled their way to 73 and 67 wins, everyone knew they would have to play each other to get to the Finals. Oklahoma City’s role was discussed to a point, and I’ll get to them in a moment when I talk about the Spurs.

Cleveland, on the other hand, was a foregone conclusion. Sure, Toronto created an interesting race for the top seed in the Eastern Conference, but don’t think for a minute that Cleveland didn’t know exactly how much margin it had. The Cavs encountered more internal drama than a private girls’ middle school this season, but few suggested they would not represent the Eastern Conference in the NBA Finals.

The Cavs split with the Spurs, however, and played them tough in the loss at San Antonio. If the Spurs somehow got past the Warriors, the Cavs would have likely been an underdog only because of home court.

Well, things have changed in Cleveland, and they’ve changed around the league. The combination of those changes has people believing the Cavs have a chance.

First of all, the Cavs, after a season-and-a-half of not knowing who or what they were, have an identity. They are a team that spreads the floor, gets the ball in the hands of a penetrator, and gets either a layup or a 3-pointer. They beat Atlanta almost exclusively beyond the arc. Ironically, LeBron James has drastically reduced his 3-point shooting, which is a benefit to the Cavs because he’s not very good at it. Love and Irving finally seem comfortable playing together, and the team has an overall sense of togetherness that was completely absent when David Blatt was the head coach.

Around the league, both the Warriors and Spurs (and the Thunder, of course), have questions where they didn’t before. With Golden State, it’s all about Curry’s right knee. If he comes back and looks like his MVP self, the Warriors will return to the top of everybody’s list. If he either doesn’t come back in the next couple of games, as expected, or is tentative with the knee, a pile of bodies will form on the side of the road as people jump off that bandwagon.

The Spurs played terribly in Game 2 against Oklahoma City and still almost won. Usually a great team comes back from an episode like that and restores order, and the Spurs did that in Game 3. However, they collapsed in the fourth quarter of Game 4 against a team that wrote the book on collapsing in the fourth quarter. Now they are guaranteed a Game 6 donnybrook in Oklahoma City, which is going to be especially hard on their older players… if they even earn enough minutes. (In other words, this is more relevant for Tony Parker than Tim Duncan.)

The Thunder, who now have to be given at least a 30-percent chance to advance to the Western Conference Finals, have an opportunity if they get there and face a reduced-strength (reduced-Steph) version of the Warriors. They played the Warriors tough three times, but didn’t play intelligently; endgame mistakes doomed them. This is why I didn’t give them a chance to beat San Antonio, but I didn’t anticipate the Spurs looking as ragged as they have.

The biggest advantage for the Cavaliers in the Finals, regardless of opponent, will be an abundance of rest. They have at least a full week before the Eastern Conference Finals, and they’ll play either the Raptors without Jonas Valanciunas or the Heat without Hassan Whiteside. I realize neither has been ruled out for that series, but after watching this Curry thing play out in Oakland, it’s safe to say that neither of those guys would be full strength until the Finals, if then.

So the Cavs cruise into the Finals, while the West champion will have been massively stressed. While we all expected a tough Western Conference Finals between the Spurs and Warriors, I don’t think the second round was supposed to be overly complicated for either.

Let’s briefly consider the worst-case scenario for Cleveland in June: The Cavs’ biggest challenge in the Finals, especially if they’re either facing a Spurs team that’s figured it out or a Warriors team with a healthy Curry, is adjusting to the speed and spacing of Western Conference basketball. Nobody they will have played in the playoffs will have prepared them for what they’ll face. They will have the first two Finals games on the road, and if they can use Game 1 to find a formula and Game 2 to steal a road win, maybe they’re on their way to bringing that championship home to Cleveland.

Should anyone count on the Cavs to win the whole thing at this point? No — but that’s not the story here. After a regular season in which the prevailing line of thought was that the Cavs had no chance against Steph or the Spurs in the Finals, the outlook is markedly different heading into the middle of May.

Oklahoma City could remove one potential NBA Finals obstacle for Cleveland in the next six days. Steph Curry’s knee, if it doesn’t respond properly in the coming weeks, would transform the way the Cavs’ other central roadblock can perform.

The Cavs were unlucky to coexist in the same league with the Warriors and Spurs, they said.

Now, that notion — which could still be affirmed in the next month — doesn’t carry the same weight or resonance.