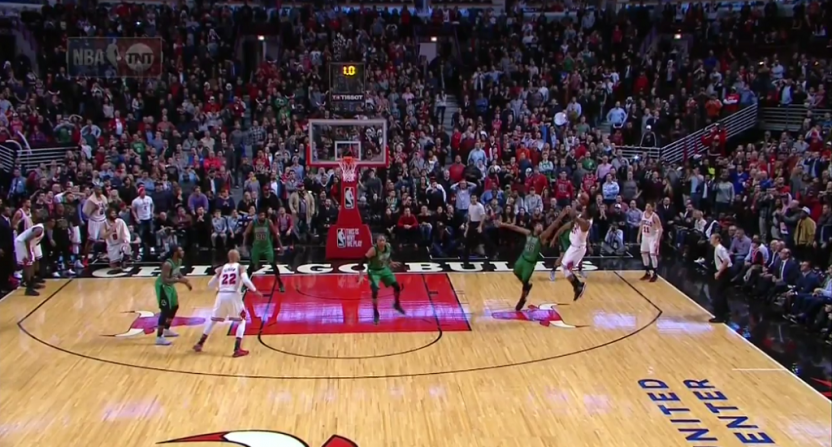 It appeared the Boston Celtics came away with a solid 103-102 road victory over the Chicago Bulls on Thursday night at the United Center. The TNT score graphic agreed: 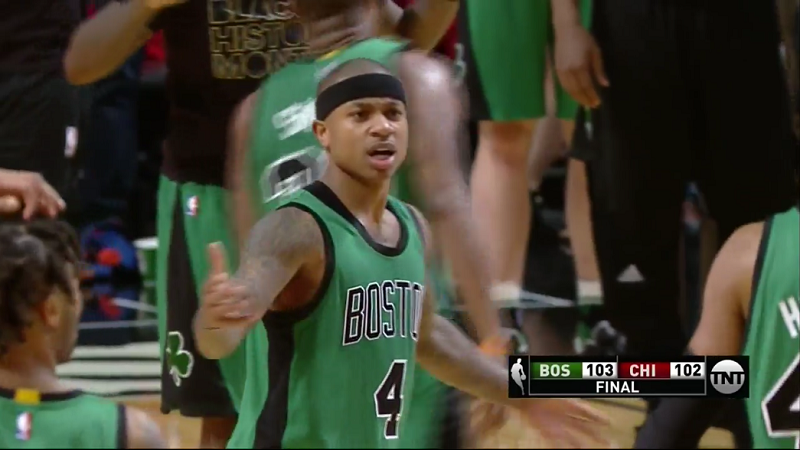 But it turns out a foul was called on Marcus Smart during a last-second shot attempt by the Bulls’ Jimmy Butler. Butler would go to the line and hit both free throws with 00.9 seconds left, and the Celtics would miss a shot on the ensuing possession. What looked like a Celtics win turned into a 104-103 Bulls win.

Here are videos of the play, with replays and Inside the NBA’s reaction to it included:

What an awful job of officiating at the end of the Celtics-Bulls game. Disappointing when an official makes a call like that to decide game.

Boston sports-talk should be fun tonight after the call in the Celtics-Bulls game.

Perhaps the worst foul call in the history of the modern sport of basketball.

I’m a Bulls fan, and even I think the Celtics got screwed here. Yes, technically there appeared to be a little contact on the elbow, but… that’s pretty picky on a last-second, (literally) game-changing shot. I think Butler would even tell you — privately, anyway — that the contact didn’t actually alter his shot.

The win for the Bulls keeps a very weird streak alive:

Bulls win for 17th straight time in regular season on TNT, down Celtics 104-103 on Butler's FTs with 0.9 seconds left. Bulls game out of 6th