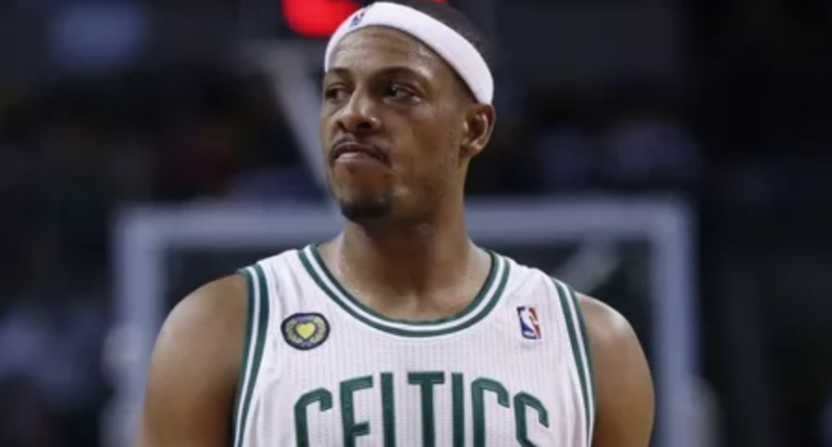 The Boston Celtics had planned to show a brief video tribute to their former star Isaiah Thomas when he returns to Boston next month. But another former Celtics star, Paul Pierce, is pulling the plug on the whole idea because he wants that night to be all about him.

The Celtics will be retiring Pierce’s No. 34 jersey on Feb. 11 alongside the uniform numbers of other franchise legends hanging from the TD Garden rafters. It is an honor that Pierce has worked hard to earn and perhaps he is entitled to dictate what can happen that night as far as who a ceremony is devoted to.

But Pierce gave a thumbs down on the idea to the Celtics and head of basketball operations Danny Ainge.

Thomas will be making his first appearance in Boston since being traded to the Cleveland Cavaliers last summer in the Kyrie Irving deal. The Celtics did not play a video tribute for him the last time Cleveland was in town because he was injured at the time, still recovering from the hip issue he suffered during the playoffs last season. Thomas asked for the video tribute to not be played prior to a Jan. 3 game since his family was not on hand because he was not playing.

Little did anyone realize the next time the Cavs were scheduled to visit Boston was for the Pierce jersey retirement ceremony.

Pierce said at the time that Thomas should have just gone through with the tribute video during the Jan. 3 game. On ESPN’s The Jump, he also took a jab at players getting tribute videos more frequently now, suggesting the honor is being diminished.

Because this has devolved into a weird, bizarre mess for some reason, Thomas asked for the video to not be played prior to the Feb. 11 game so it would not fracture Pierce’s ego on his special night.

I'd like to thank the Celtics for their gracious offer to play a video tribute on Feb 11th celebrating my 3yrs in Boston. But since it appears this has caused some controversy w/ Paul Pierce's night I'd ask the Celtics instead to focus all of their attention on #34's career.

“It was only going to be during that segment,” Ainge explained to ESPN. “During the rest of the game, it was going to be all Paul Pierce. But, after listening to Paul’s perspective, I understood it and shared it with Isaiah and he understood it, too.”

Why Pierce can’t allow 90 seconds in the pregame introductions for Thomas to get his props is beyond me. What are the odds Pierce is paying close attention to those intros anyway on any given night? C’mon, Paul. Just let the Celtics do this and be done with it.