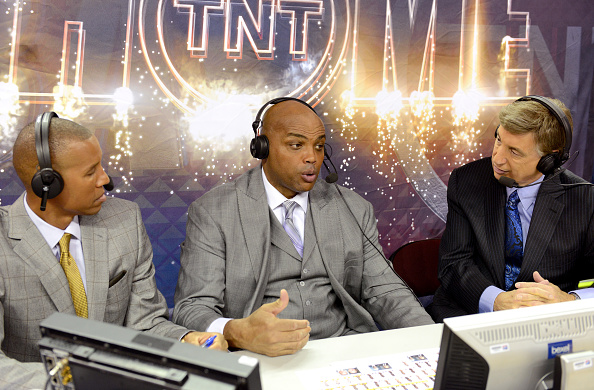 The Golden State Warriors are one of the better teams we have seen in the NBA in recent memory. They appear to be changing the game before our very eyes, and put together the best start in NBA history at 24-0. That hot start led to the obvious comparison to the 1995-96 Chicago Bulls, who won 72 games.

Charles Barkley thinks that a game between the two teams be no contest.

Barkley appeared on ESPN Radio’s Waddle & Silvy show in Chicago, where he said, “That Bulls team would kill this little team. Come on, man. Who is going to guard Scottie Pippen and Michael Jordan? What about Dennis Rodman?”

The dynamic of the Warriors and what makes them so special is their small ball lineup. When they put Steph Curry, Klay Thompson, Harrison Barnes, Andre Iguodala, and Draymond Green out on the floor, it forces teams to get away from what they do best.

Now, is that to say that it would work against Jordan’s Bulls? Absolutely not. Great teams continue to do what they do best against any competition, but the best teams are able to adjust, and still come out victorious. We’ll really never be able to tell just based on that aspect of it.

The Warriors don’t totally lack size, either though. They have 7-foot center Andrew Bogut and rising star Festus Ezeli, who is 6’11.

Bogut is versatile, too:

It helps that the Bulls had the greatest player of all-time in Michael Jordan along with fellow Hall of Famers Scottie Pippen and Dennis Rodman. All three players were NBA All-Defensive first team that season.

Barkley also thinks that the Spurs will win the title, and doesn’t think much of the Warriors schedule.”I still like the Spurs to win the championship this year. Just because these guys are beating up on inferior competition, don’t overreact now.”

His take on the Spurs being his favorite to win the title isn’t extremely farfetched or unreasonable. The Spurs have been the closest thing to what the Warriors have been producing, and boast the second best record in the NBA at 22-5. And while the 1995-96 Bulls can’t get their shot at the Warriors, the Spurs will get their chance on January 25 at Oracle Arena in Oakland.

With his criticism of the team, Barkley has acknowledged in the past that the Warriors are good for basketball. On The Rich Eisen Show earlier this season, Barkley said, “Thank God for the Golden State Warriors. They’re keeping everybody involved. But it hasn’t been great basketball.”

So who would win a contest between the Bulls and Warriors? Who knows. It definitely makes for an excellent debate.