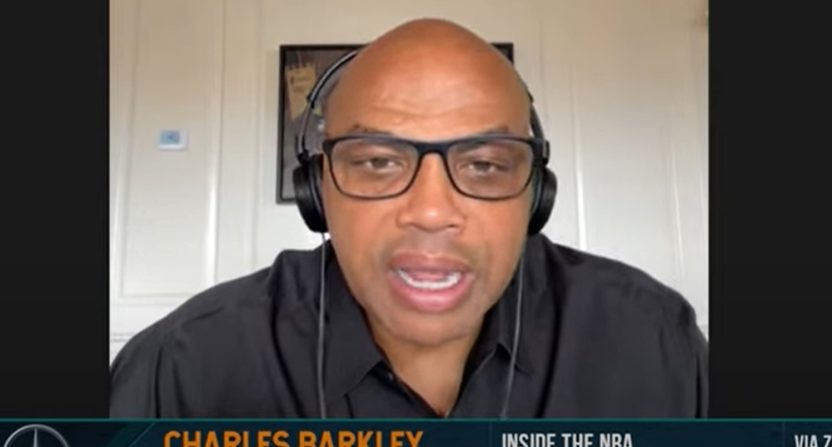 The Golden State Warriors were bothered by profane Boston Celtics fans Wednesday night, but they’ll get no sympathy from Charles Barkley.

Kerr was similarly disappointed in Celtics fans for their use of profanity, adding, “classy, very classy.”

But Barkley was not nearly as bothered by the unruly Celtics fans, joining Justin Termine and Eddie Johnson on SiriusXM NBA Radio Friday morning to call out the Warriors for their sensitivity.

“I thought it was weak on their part,” Barkley said of Golden State. “I had 20,000 people telling me ‘I suck’ last week. I mean, they were throwing things at me and everything. So this notion that because people are cursing you out it’s classless, I’m like ‘hey, that’s the way it is.’ I picked against the Warriors and they hate me, which is fine, that goes with the territory.”

The Warriors face the Celtics in Boston tonight for Game 4 at 9pET!

“But you can’t come out when Draymond’s been offending people and saying things about the crowd and then when they give it back to you, you can’t go ‘Oh, they shouldn’t be talking mean to me.’ It doesn’t work like that.”

His battles with Dub Nation have been well-documented, and as he noted on SiriusXM NBA Radio, the fans were throwing things at him on set during the Western Conference Finals. But Barkley was not innocent, dumping water into the crowd and tossing verbal jabs back at the city of San Francisco.

It seems like there might be a little bit of favoritism here from Barkley in his assessment of the way Boston treated Green. How would he react if the Golden State crowd started a profane chant about the Celtics? Would he similarly call Boston weak if they considered the incident classless?

And let’s not forget, just last month Barkley suggested the way for NBA players to deal with inappropriate fan behavior is by beating their ass. “Just give me five minutes at center court,” Barkley said of unruly fans. “I’ma beat your ass. I’ma beat the hell out of you. I’m gonna take my time. I’m not gonna beat him up quickly. I’m gonna jab him a little bit, then I’mma lay the haymakers on they ass.”

The Warriors didn’t even get physical, all they did was call the profane chant “classless.”