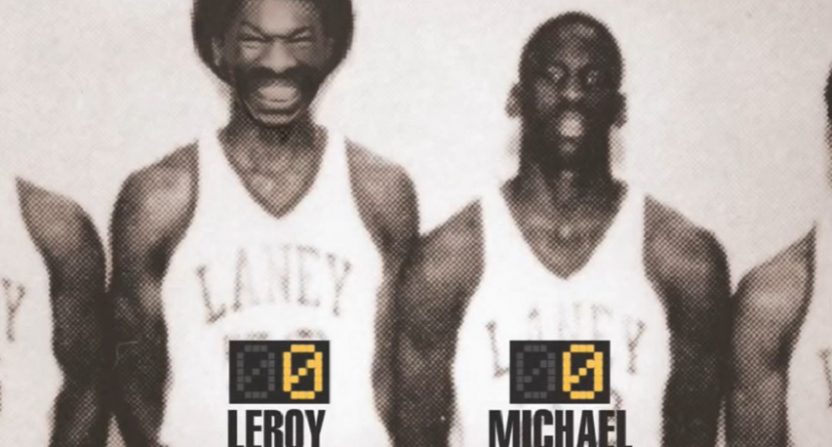 Comedian and performer Charlie Murphy died on Wednesday at the age of 57. The older brother of Eddie Murphy, Charlie had leukemia and was undergoing chemotherapy. According to TMZ, Murphy’s family was shocked by the death, believing that his condition was improving with treatment.

Murphy was probably best known for his work on Chappelle’s Show, particularly his “True Hollywood Stories” which were turned into some of the most memorable comedy sketches in the 2000s and are remembered fondly more than 10 years later. Murphy’s stories about getting into a fight with Rick James at a nightclub and being invited to Prince’s house to play basketball have become the stuff of comedy legend. You have surely read plenty about those in light of Murphy’s death, if not watched those sketches again — maybe repeatedly — in the hours since the news was reported.

But since we mostly traffic in sports here at Awful Announcing, we’d like to highlight one of Murphy’s more sports-related comedy sketches. “Get Your Basketball On” was produced for Funny Or Die in 2009, long after Dave Chappelle retreated from public view and Comedy Central’s millions, and Chappelle’s Show had gone off the air. In the sketch, Murphy portrays Leroy Smith, a master basketball motivator who beat out Michael Jordan for the last spot on the varsity team. As Smith puts it, he’s the “world’s most influential influence on Michael Jordan.”

Is it a coincidence that Jordan went on to become the greatest basketball player of all time after losing that spot to Smith? Do we think such a painful memory might be something Jordan would want to talk about publicly? No way.

Motivize! Pulverize! And realize! Those are the keys to Smith’s success, along with drills that include dribbling around dragons and punching basketballs while blindfolded for some reason. Are we really in a position to question? This is the guy who beat out Michael Jordan for the last spot on their varsity team. OK, these two guys went in vastly different directions since then. You may not have even heard of Leroy Smith until now. (We have Charlie Murphy to thank for this.) But get your basketball on!

We don’t know if Jordan ever incorporated any of these techniques in his training and evolution as a basketball player. He’s not exactly the most forthcoming athlete when it comes to how he developed into one of the best athletes ever. We do know he was very good at dwelling on the smallest slight for motivation in beating an opponent on the court. But maybe it was Leroy Smith in his head all along, preferably clothed in karate robes. How’d that taste?!

We just lost one of the funniest most real brothers of all time . Charlie Murphy RIP. pic.twitter.com/AAwItp5AJC

Thanks for bringing us so much joy and laughter, Charlie Murphy. You were anything but darkness, no matter what Rick James called you. Rest in peace and keep on smiling.