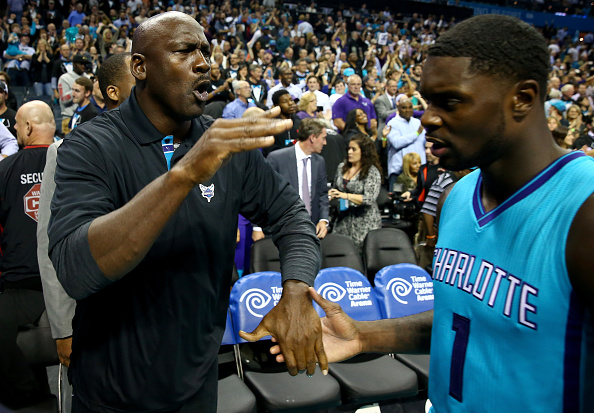 When the Charlotte Hornets lost Michael Kidd-Gilchrist for the year to a separated shoulder, their season seemed over before it even had the chance to begin.

Gone was their best defender and one of their best overall players. Without him, the Hornets appeared doomed to dwell in misery once more, the playoffs just as far from their reach as it was last season.

Yet, as we approach the new year, as the Heat sizzle one game and simmer the next, as the Hawks soar and crash, the Hornets are buzzing brilliantly as the fourth-best team in the revitalized Eastern Conference. They’re doing so by at once remaining true to what made them successful two years ago while also completely reinventing themselves.

While Jeff Hornacek was leading an offensive revolution in Phoenix in 2013, Steve Clifford was ushering in a defensive revolution in his first year with the Hornets (then still the atrocious Bobcats). Even with noted defensive sieve Al Jefferson on the roster, the Hornets (look, we’re just going to call them the Hornets because it’s better) were sixth in defensive rating, allowing just 101.2 points per 100 possessions. That number dipped to ninth last year, which is actually a remarkable achievement considering all of the injury-and-Lance-Stephenson-bred turmoil they suffered.

This year, even without MKG, they’re back to sixth with a 98.6 defensive rating. They have smart defenders at almost every position – yes, even Big Al, who has transformed from a defensive disaster to passable. Some coaches, such as Rick Carlisle, are able to coax the best offense from their players, no matter their past. Clifford is like the bizarro version of those coaches, able to get previously poor defenders to at least play average defense.

But if their defense was Van Gogh, their offense was a kindergartener’s finger painting.

Last year was especially abysmal, scoring a puny 97.6 points per 100 possessions, third-worst in the league. Jefferson’s injuries, Stephenson’s inability to make any sort of impact or play within the team’s offense, and the entire team’s overall long range incompetence made were the perfect concoction for a truly toxic product.

That version of the Hornets is completely gone, and in its place is a team that spreads the floor beautifully, letting it fly from deep at will and successfully, to boot. Two years ago, they attempted 1471 three-pointers; last season, a slightly-higher 1566. They’ve embraced the long ball like never before this year, having already attempted 644 threes and converting at a near 36 percent clip. Some 29 percent of the Hornets’ points come from threes, trailing only the Warriors, Rockets and Cavaliers. It also helps that they now have the personnel to employ such an attack, like Spencer Hawes, Jeremy Lamb, an improved Kemba Walker (who is now shooting nearly 40 percent from deep, once unthinkable given his low-30-percent clips in seasons past), and Nicolas Batum.

The former Trail Blazer might actually be what prevented the Hornets from totally collapsing after MKG’s injury. When the team first acquired Batum, they planned to play him at the two and MKG at the three, making for an awkward fit. Without Kidd-Gilchrist, the team has been able to shift Batum to his more natural position – the three – and play PJ Hairston at the two. Batum is a very good defender, not quite the caliber of MKG, but he’s more than suitable. He also gives an extra offensive dimension, providing more passing, shooting and ballhandling than the Hornets would usually get from Kidd-Gilchrist.

The Hornets experienced their fair share of derision this summer, whether it was for Michael Jordan’s baffling decision to decline an outrageous plethora of draft picks for the ninth pick in this year’s draft (so the Celtics could draft Justise Winslow), all so he could get Frank Kaminsky, trading away or letting go of all of their defensive front court depth, or signing Jeremy Lamb to a $21 million extension. And even though not all of those decisions have paid off in totality – Winslow looks to be a future star, whereas Kaminsky’s future is much murkier – they have at least made the Hornets a better team this year. They are among the rarest species in the NBA’s ecosystem – team for which everything is going exactly according to plan.