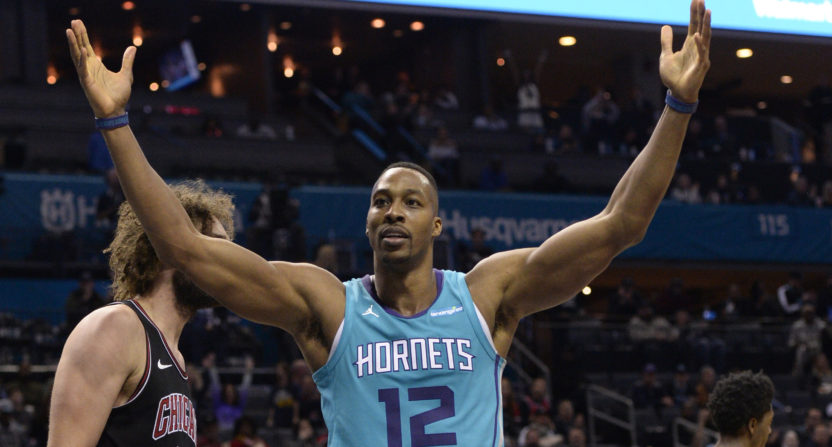 The Chicago Bulls are now 2-0 vs the Charlotte Hornets, and 2-20 vs the rest of the NBA. Chicago took down the Hornets 119-111 in overtime on Friday night in Charlotte.

The #Bulls have 2 wins in their last twelve games. Both have come against the Charlotte #Hornets, with a 10-game losing streak in between. Chicago has 4 wins on the entire season. That’s pretty embarrassing.

The Bulls are the worst team in the NBA — or, at least when they’re not playing Charlotte — and they’re supposed to be; they’re tanking. Chicago’s best player, Lauri Markkanen, is a 20-year-old rookie that wasn’t even selected in the top-six of this year’s draft. Five Thirty Eight currently projects the Bulls to have the NBA’s worst record, with 20 wins. Teams like the Atlanta Hawks, Phoenix Suns, and Sacramento Kings are also awful, and they’re also supposed to be awful. Their front offices are more concerned about DeAndre Ayton, Marvin Bagley III, and Luka Doncic than most of their current rosters.

But the Hornets — 9-15 and have lost six of their last seven games — shouldn’t be quite this bad. They have talented veterans, such as Kemba Walker, Dwight Howard, Jeremy Lamb, Nic Batum, Frank Kaminsky, Marvin Williams, and Cody Zeller (though he’s now out for a while with a torn meniscus).

It’s still very early in the season, and we know that eight teams aren’t going to run away with playoff spots in the East (Charlotte is four games back of the eighth seed). But the Hornets really need to pick up their play, and soon. Saturday night’s home game against the Los Angeles Lakers feels like a bit of a must-win for Charlotte, particularly with road games against the Oklahoma City Thunder and Houston Rockets to follow.

There are worse teams than the Hornets, but it would be hard to identify a more disappointing one right now.