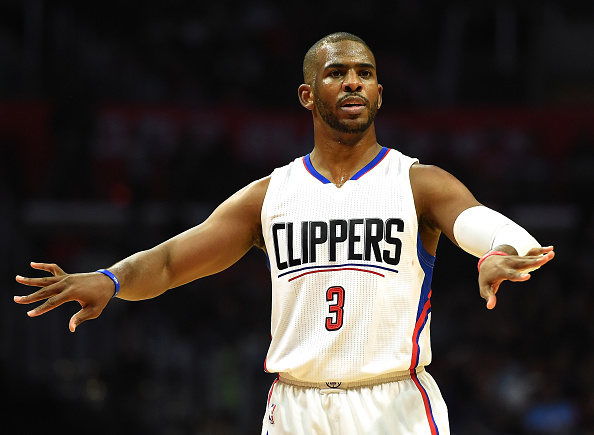 Chris Paul is about to dip his toes in the wild NBA free agent waters this summer, and the fish will be biting. Among the potential suitors will be the Houston Rockets, who are already being labeled a potential frontrunner to sign Paul, according to Marc Stein of ESPN.

Of course, just two days ago, Stein reported Paul would be giving strong consideration to joining the San Antonio Spurs during free agency. Paul is also considering sticking with the Clippers, with a potential $205 million contract extension a possibility.

Houston would be an interesting spot for Paul, considering he threatened to leave the Clippers for the Rockets once before. In 2013, when the Clippers were coming close to backing away from negotiations with the Boston Celtics to bring Doc Rivers to the West Coast to be head coach, Paul informed the team he was planning on signing with the Rockets, where he could play with James Harden and Dwight Howard—forming a super team. Whether that forced the Clippers back to the negotiation table with the Celtics or not is unclear, but the Clippers went all-out to make Paul happy once.

Now they may have to convince him they are capable of doing that once more.

Can confirm this. Keeping Chris Paul very much the first piece to Clippers offseason puzzle. https://t.co/WOUxohI21M

The Rockets do not have the financial flexibility at the moment to add Paul at the contract he is worth, which is why the team is apparently scrambling to find some trade partners to free up cap space. The Clippers could potentially be allowed to offer more than $50 million more than the Rockets could. The Spurs would also be roughly $50 million below what the Clippers could potentially offer, although the allure of playing for Greg Popovich, who has a collection of championship rings, is still a motivating factor for a player like Paul.

This demonstrates pretty clearly just how much a story can change around any key player when the free agency season is nearing and open. All of the above reports and scenarios are viable and possible. It is entirely possible Paul is strongly considering joining the Spurs. It is also, at the same time, possible the Houston Rockets may be the most suitable and desirable location for Paul, and that the Clippers could be prepared to break the bank to keep Paul in town (especially with the Lakers once again gaining headlines with the recent drafting of professional wrestler wannabe LaVar Ball’s oldest son and the Warriors coming off a second title in three years and looking to keep Kevin Durant around).

Stick around another day or two, and you might start hearing Chris-Paul-to-76ers rumors.