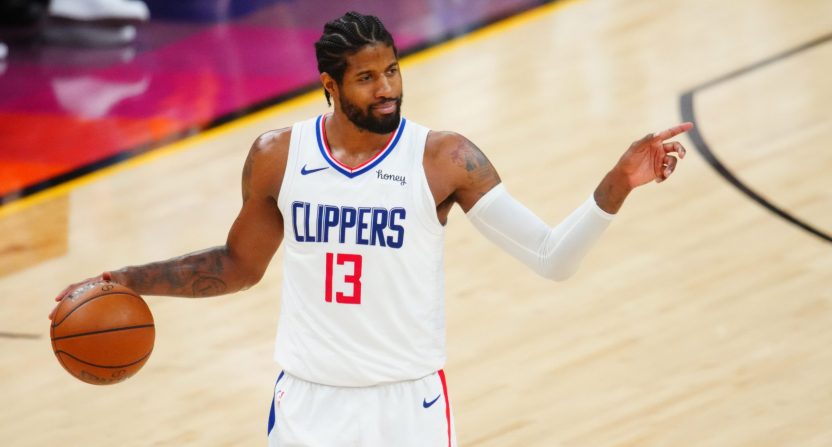 News broke on Tuesday night that Staples Center, the longtime home of the Los Angeles Lakers, Los Angeles Clippers, Los Angeles Sparks, and Los Angeles Kings, would be renamed Crypto.com Arena, following a new naming rights deal with a Singapore-based cryptocurrency company. The new deal goes into effect in December and is expected to run for 20 years.

It’s a real end of an era for the stadium, which has been home to several Lakers and Kings championships and has hosted countless major events. As you can imagine, the name is going to take some getting used to and people are making plenty of jokes about it in the meantime.

While many people think of the Lakers when they think of Staples Center, it’s also been the Clippers’ home since it opened in 1999. However, that will end in 2024 when the franchise moves to the Intuit Dome, an 18,000-seat arena currently under construction in Inglewood. It’s the beginning of a new era for the Clippers and it means that while they’ll call Crypto.com Arena home for a couple more years, they won’t have to deal with the jokes about the name for too long.

That appears to be fine by Clippers’ guard and LA native Paul George. George was asked about the name change on Wednesday and shared some very honest feedback.

"It'll definitely be weird. It's the same location but it's kind of like stripping the history here by calling it something else…Good thing we won't be here too long."pic.twitter.com/r2JPCtWDF2

“It’ll be weird. I grew up this being Staples and Staples being the place to play,” said George. “The place to be. It’ll definitely be weird. It’s the same location, but it’s kind of like stripping the history here by calling it something else…It’ll be weird for sure. Good thing we won’t be here too long. We’ll be at our own place. It is what it is, I guess.”

Arena name changes are just one of those facts of life in the modern world. We went through an era when stadiums that had been named after people or in honor of special moments were changed to be named after corporations, and people hated it but they also got used to it. That’s what will happen here too.

But it’s understandable if you grew up only knowing a place by one name and would resist being told to call it something else all of a sudden. At least, as George noted, it’s not something the Clippers will have to worry about for too long. (Not that the name Intuit Dome is that much better).