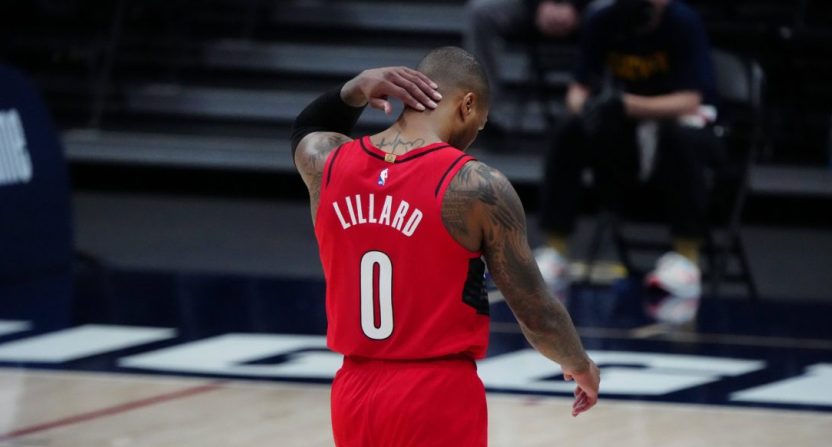 When the Portland TrailBlazers fired Terry Stotts, it was seen by many as a nod to Damian Lillard.

Lillard is the kind of franchise cornerstone worth firing coaches for, even if a coach like Stotts is viewed with fairly high regard around the NBA. Sometimes things get stale, and in the era of player empowerment where a star can force his way out at any time, sometimes a mid-market team like Portland has to proactively work to keep someone like Lillard happy.

There’s been talk of potential roster moves as well (fake trades sending Ben Simmons to Portland have been very popular this week), but the coaching search is set to be resolved first, with multiple reports indicating that Chauncey Billups is in line for the job. Considering the implications for this offseason, many assumed that move was being rubberstamped by Lillard and his team.

Weirdly, though, a new report came out today from Yahoo’s Chris Haynes suggesting that Lillard might not be on board with the move at all, especially as social media backlash has intensified surrounding a past sexual assault allegation against Billups.

From the Yahoo report:

The enormous backlash from the Portland Trail Blazers’ process to hire a new coach and his concerns on whether a championship contender can be built have become factors that may push the franchise player — Damian Lillard — out the door, league sources told Yahoo Sports.

According to Haynes, none of Portland’s reported finalists were approved by Lillard. Obviously a player, even one of Lillard’s caliber, aren’t going to have specific control or veto power over a coaching hire, nor should they be in charge of assembling the pool of candidates. But that doesn’t mean a middle ground isn’t there, and based on the timing of this report, it feels a lot like Lillard is trying to at least distance himself from the process, if not bring it to a halt altogether.

And although the All-NBA guard has a relationship with Billups as a coach, announcer and former player, he had no prior knowledge of the past sexual assault allegations against him from 1997.

Considering the Billups hire is pretty much done and set to be announced this week, a Sunday report like this can only really be construed as a last ditch effort to force the Blazers into a different course of action.

If they want Lillard to be fully bought in going forward, it might be worth listening, too. Plus, you know, it’s might just being the right thing to do anyway. Jason Kidd getting a job in Dallas and now Billups set to be named in Portland despite prior abuse and assault allegations (and in Kidd’s case, a guilty plea) is just a really bad look all around.