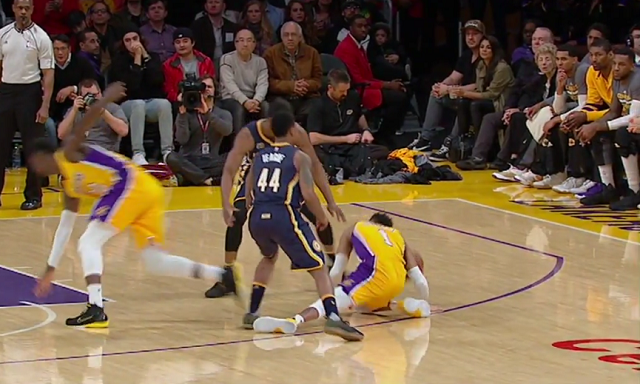 Los Angeles Lakers point guard D’Angelo Russell suffered a scary fall during Friday’s game against the Pacers as he tripped over teammate Julius Randle on a ball screen and his knee buckled beneath him.

Russell’s initial evaluation showed a mild MCL sprain, but he will be evaluated again at halftime, according to Los Angeles Times reported Mike DiGiovanna.

#Lakers PG D'Angelo Russell diagnosed with a mild MCL sprain of his right knee. Will be evaluated at halftime.

Although players frequently walk off serious knee injuries, seeing Russell standing on the bench and walking to the locker room under his own power was an encouraging sign.

Even with Russell’s sprain being diagnosed as mild, you’d think the Lakers will give him the rest of the night off and treat their young star’s injury with caution.