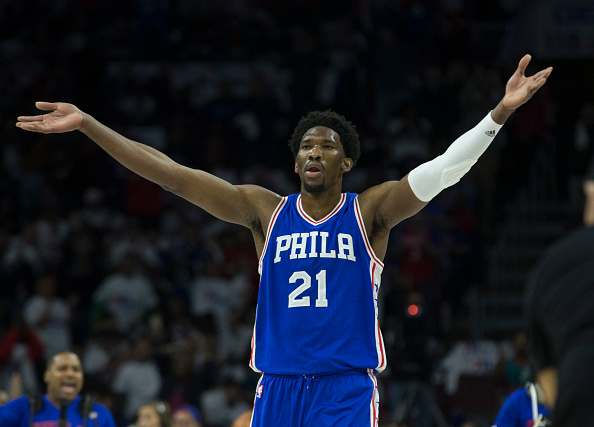 The 2016-17 NBA season is approximately two weeks old, and several players are showing renewed energy with hot starts. Last season, we saw breakout performances from many players, including the Magic’s Evan Fournier, C.J. McCollum of the Trail Blazers (who won the NBA’s Most Improved Player Award) and Milwaukee’s Giannis Antetokounmpo.

Early on in this new season, young players look ready to break out while some older veterans might be taking their games to higher, more impressive levels. Here are five players who have stood out thus far after their first six or seven games.

DeRozan is well-established in the NBA as a high-scoring guard, but the two-time All-Star has taken his game to new heights in 2016-17.

If you expected DeRozan to regress after signing a max contract this summer, it simply hasn’t happened. Instead, DeRozan’s played like he’s trying to justify the deal every night. He’s started hotter than the meteorite that wiped out the dinosaurs, becoming the first player since Michael Jordan to open a season with five straight 30-point games.

The biggest knock on DeRozan’s offensive game is his bad habit of taking long, contested jumpers. He hasn’t abandoned the tendency, but DeRozan’s elevation and sureness on those shots have been Kobe-esque. His midrange is at times unguardable. DeRozan’s used his step-back and left-to-right jumper to separate from defenders and roast biggest forwards on mismatches. It’s not pretty always, but it’s DeRozan’s bread and butter.

With his jumper falling, DeRozan’s been able to get in the paint and attack the basket using his sheer athleticism to draw fouls. He’s gotten to the line 9.2 times per game. Shooting-wise, DeRozan has been lights out, converting an absurd .524 percent from the floor on 24.5 shots per game and leading the association with 33.7 points in six games.

DeRozan’s games not without flaws. His defensive positioning has hurt the Raptors. But the 27-year-old has more than made up for on it on the offensive end. With Kyle Lowry and DeMarre Carroll slumping, DeRozan’s picked up the slack and led Toronto to a 4-2 start.

It’s been a tough ride for Sefolosha. His career was unfairly overshadowed after being put on trial for obstruction of justice (and other charges) in relation to a 2015 arrest at a New York nightclub, where police officers broke his leg. Now cleared of any legal wrongdoing, Sefolosha’s beasted on the basketball court with renewed focus.

Coming off the bench for the Hawks, Sefolosha’s efficient two-way play has propelled Atlanta to a strong 5-2 start. The Hawks flow with the 32-year-old on the court, per SportingCharts.com, he’s second in individual plus-minus of +10 points per game. The Hawks have outscored their opponents +70 with Sefolosha in their lineup, the fifth-best marker in the NBA.

Sefolosha’s value has always stemmed from the defensive end. Sefolosha continues to use his great length and instincts to snag loose balls and intercept cross court passes to smaller guards. The Swiss native has swiped 2.6 steals per game, second to Los Angeles Clippers guard Chris Paul.

On the offensive end, he’s been efficient shooting a career-best .537 from the field. It’s unlikely he’ll maintain the rate, but Sefolosha is playing like he’s been dipped in the Lazarus Pit. He’s the Hawks secret weapon off the bench.

The Process is finally taking shape. Former 76ers general manager Sam Hinkie’s biggest patience-testing gamble was taking Embiid third overall in the 2014 draft. The Kansas star was plagued with foot injuries, causing him to slip to No. 3. Embiid ultimately missed two full seasons recovering from injuries, as Philadelphia fans wondered if he’d ever suit up for the franchise.

Entering 2016-17, with the 22-year-old’s health on the mend, the organization took the cautious approach with a minutes-limit of 20 per game. Despite the limit, Embiid’s downright ridiculous play has made the wait more than worth it.

Embiid has posted gaudy numbers in Philly through five games, averaging 17.6 points , 6.8 rebounds and 2.6 blocks per game. He’s quite literally done it all, even showcasing a long-range game, leading the NBA (among qualified players) with a .667 three-point percentage. His per-36 minutes are stupid: Embiid’s averaging 29.6 points, 11.4 rebounds and 4.4 blocks, a real glimpse of his unleashed potential.

The 76ers are still terrible, but Embiid’s play is League Pass worthy. His athleticism and mobility are unparalleled for a seven-footer. He runs the floor like a gazelle. Look at his motor catching up to LeBron (the play was a goaltend, but illustrates his speed).

It’s unfair that Embiid has incredible defensive potential and can also pull off moves like Hakeem.

Poor Jeff Withey. How do you guard that type of finesse?

No individual player might have benefited more from a coaching change than Randle. Going from Byron Scott to Luke Walton is equivalent from driving a soapbox car to styling in a Lamborghini Veneno. With the Laker now being fun to watch, Walton has tabbed Randle as the Draymond Green of the Lakers’ offense.

Randle is averaging a career-best .588 shooting while taking a more responsible role in his team’s offense. Randle has a good handle for a big man and hasn’t been shy about carrying the ball up the court. The results have been mixed, as he’s averaging fewer assists (2.4) than turnovers (2.9), but Randle’s shown impressive passing skills in transition.

Against Green during the Lakers’ blowout against the Warriors, Green put up 20 points and 14 rebounds. He also showed off his ball-handling skills, grabbing a steal, going end-to-end, drawing Klay Thompson and Kevin Durant to the middle of the key in transition, and smartly dishing it out to Lou Williams for a wide-open three. Overall, Randle’s play is intriguing.

A full-season under Walton should do Randle wonders. If he can remain efficient, provide passable defense (which he has) and be a facilitator, a la Draymond-lite, he’ll become an invaluable cog in the Lakers system.

The 23-year-old has been a somewhat underrated player in Phoenix, with guards Devin Booker, Eric Bledsoe and Brandon Knight liberally taking most of the shots. But in 2016-17, Warren’s been shooting nearly twice as much as last year and has posted promising numbers for a young, upstart Suns squad.

Warren’s early-season aggressiveness earned him the trust of head coach Earl Watson. He’s simultaneously attacked the paint and stretched the floor, opening up the Suns offense. Warren excels against contact in the paint and features a mid-range floater which keeps opposing defenses on their toes. His 6-foot-8 size makes him a tough guard.

Warren’s also improved defensively, averaging two steals per game. Like many of the Suns youngsters, however, he’s still a work in progress on that side of the ball. As long as Warren keeps attacking the paint and keeping defenses honest from beyond the arc, he’s another young weapon with a bright future in Phoenix. Warren’s the early leader for Most Improved Player.